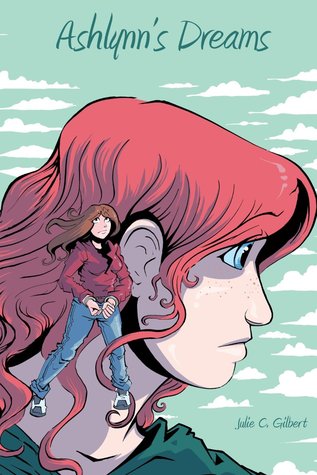 Ashlynn’s Dreams is a young adult novel about a young girl who discovers she is special after being kidnapped.  This first book in what appears to be the Devya’s Children series held promise to Gikany and Una but ultimately was not our cup of tea.

We found the premise interesting, the characters fascinating, and the plot intriguing.  However, it fell flat in the storytelling.  The story is told through letters from and journal entries by various characters.  Although this may appeal to some, it felt choppy and disjointed to us.  After reading through 25% of the novel, we found we were just not connecting to the story because of this method of narration.  It was impossible for us to immerse ourselves in the world.  Due to the shifting perspectives, we could not find a foundation for ourselves in the story.

Although it was promising, ultimately Ashlynn’s Dreams did not appeal to us. However, it may appeal to many others, and we hope if it sounds interesting to you, you give it a shot.

Our Rating:  DNF: Did Not Finish

Before she was kidnapped, Jillian Marie Antel Blairington was just an average bright, brave, headstrong child. She was excited for life in a new house with her Momma and new Daddy. Afterward, she’s all that … and so much more. Held in a scientific facility, Jillian discovers her past-a family she never knew and a power she doesn’t understand. With her ability now activated, she can enter and even shape a person’s dreams. Jillian’s been kidnapped, and her Gift has been triggered, so she can locate and save Benjamin Connelly, a brother she never even knew she had. She’d better master this strange ability quickly, though, because her life isn’t the only one at stake. Her babysitter, Danielle Matheson, is being held as a hostage to ensure Jillian’s full cooperation. Slowly, Jillian begins to learn more about her captor and the other genetically altered children held at the facility.

Join Jillian as she tries to survive the training being forced upon her, find her unknown brother, escape with Danielle, and work her way back to a normal life once more.

One response to “Review: Ashlynn’s Dreams by Julie C. Gilbert”