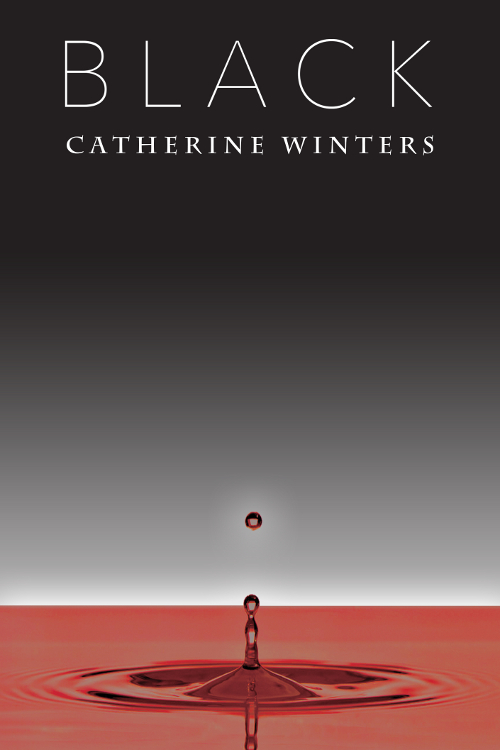 Black is the first novel in the trilogy entitled Josephine. Although the premise was promising and enticing, the novel did not live up to our expectations. Between some serious issues we have with the plot and the main character, we simply could not find ourselves invested in the story.

Warning: we may spoil portions of the novel with this review but we must in order to point out the elements that earned the ratings.

First, the biggest issue we have with Black is the non-con (Una just recently learned that this is short for non-consensual sex) situation that occurs at just over the halfway mark.  No matter the basis of a relationship, one party always has the right to say no to sexual relations, whether in a marriage, partnership, or other defined relationship.  There can never be, in our opinion, a reason or obligation that takes the right of refusal away.  Once you take the right of refusing away or more importantly, if you engage in sex over the obligations of the other party, it is rape.  Sex must be consensual on part of both parties by their free will.  If it is a sex game – that is different because the consent is there.

In this novel, the non-con situation was rape – it was not in a context of a sexual game nor did it appear at any point in the novel that they engaged in that particular type of sexual play.  Although we are spared the details, it is clear what happens because of the scene’s set-up and the scene immediately after.  Grant makes it clear to Josephine, who says, “No,” that because he pays her to be his mistress, she therefore has no right to tell him no.  The handling of this rape, in our opinion, was not done in a way we can condone.  The only reason Gikany and Una finished reading the novel after that scene was to find out if the rape was eventually addressed and dealt with appropriately?  In our opinion, the answer is no.  Not only does it appear that Josephine accepts this event as something she deserved (because she provoked Grant verbally during their argument directly prior to the rape), there is no lasting trauma or ramifications from it.  Grant’s very expensive “apology gift” is not acceptable in our opinion, and Josephine appears to brush off the event and move on shortly after.

Second, our main character, Josephine, is immature and completely self-destructive.  She knowingly engages in unhealthy behavior and yet does nothing to change her fate.  She purposely aggravates men, driving them to violence.  We just don’t understand this self-destructive behavior or her acceptance of it.  Dysfunction (or insanity) is repeatedly doing the same thing, or making the same choice, expecting a different outcome.  This is Josephine.  In our opinion, she may learn from her mistakes, but she does NOTHING to alter the pattern.  She is a thirty year old hermit, living a lonely life writing her books. The only true relationship she had seems just as unhealthy as the subsequent ones she has in the novel.  Josephine is broken and she tends to lash out at anyone and everyone to make them as miserable as she is.  We believe she knows this but does NOTHING to change her fate.  We do not find her modern.  We do not find her independent.  She consistently wants Grant Black, her love interest, to tell her what to do.  We find her an immature, self-destructive, impulsive adult.  We found the unhealthy relationships bothersome and nothing witty about the situations that Josephine found herself in.  We do not even consider this dark humor.

This may appeal to some, but it does not to us.  Considering that Josephine does not sever the unhealthy relationship she finds herself in at the conclusion of Black, we found the ending unsatisfying even though the political issue seemed to be resolved.  Maybe the reason this trilogy is titled, Josephine is that (hopefully) her character growth is the over-reaching story arc.  We hope so.  We hope she figures herself out and ends these unhealthy relationships and this self-destructive cycle she keeps repeating.

Suffice to say, we did not like Black.  We read to escape our reality.  That is not to say we only read books that are all roses and rainbows; we enjoy gritty novels as well.  That being said, we cannot abide a self-destructive heroine who does not learn, evolve, or overcome her situations and issues, abusive and unhealthy relationships, and especially a rape that is not handled appropriately.  We did not even like the majority of the supporting characters.

Thirty-year-old redhead Josephine Berendt has everything under control. She’s finally over her ex, Max Spencer; her third novel is about to hit the shelves; and she’s living happily alone in a quiet Denver suburb. So what if her life is missing a little action? She gets all she needs by writing about vampires – and at least her furniture won’t run away to Paris just to prove how much it doesn’t love her.

600-year-old businessman Grant Black thinks he’s just doing a favor for an old friend by keeping an eye on Josephine and her dangerously accurate storytelling. Keeping out of her life is no trouble at all – until Max Spencer shows up on her doorstep with a case of fangs and Grant is forced to meet Josephine in the fearless, foul-mouthed flesh.

Soon Josephine finds herself at the center of an undead incident of international proportions. Now every day is a test of how long she can balance her need for independence with her growing affection for a killer, and stay alive – or, at least, not dead.

Featuring some of the most famous and ruthless vampires from history and literature, BLACK interweaves traditional vampire canons with an entirely new race of vampires with its own laws and mores. Told in Josephine’s thoroughly modern voice, the book is a witty, allusive tour of the vampire world’s upper echelons and hubs of power.