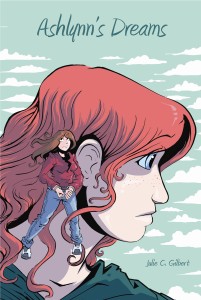 I’m Jillian, and Momma says I’m smart as a whip. I saw a picture of a whip once; it didn’t look too smart. But I’ve learned to nod and smile, even if I don’t understand. Ain’t no better accomplisher than me in all of Atlanta or Georgia or these here sweet Southern states, as Nana likes to call ’em, and that’s a fact. Momma says it’s not nice to say such things, but I never get no good idears about what she means when she scolds like that.

Momma’s been lonesome ever since Daddy up and left us two years ago. Well, that ain’t all true, and Nana and Momma would get real loud if they heard me telling fibbers. Honest, I don’t know the whole story ’cause Momma won’t tell me, but Daddy musta done something real rotten to get run off like he did. I’ll tell all about that another time, but for now, I wanted to tell ya about Momma and Mr. Blairington.

As I was saying, Momma and Daddy had loud words, including some Momma said I ain’t never to repeat to nobody under no conditions, unless I want the whupping of a lifetime. A long, long time after this, uh, I think it was seven months ago, Momma met this real neat old man. His name’s Mr. Blairington. I don’t mind that he’s thirty-three, a whole three years older than Momma, ’cause he’s a good man. He brings gifts for me and Momma lots, and he speaks all soft and mushy to Momma when it’s late at night and they think I’m tucked up safe in bed. Only problem with Mr. Blairington is that he’s uncommon shy, almost to what Nana calls the shameful point, when it comes to big matters.

One day, about four months into their special kinda friendship, while Mr. Blairington and I was setting there waiting for Momma to fix her face, he told me he was waiting for a special moment to pop the question. I’d never heard a question could be popped and told him so. He laughed and said that it was a secret he wouldn’t tell me ’cause little girls can’t keep secrets. This made me mad. I cried and cried, partly ’cause I couldn’t help it and partly ’cause I knowd he’d tell me how a question could be popped, if I cried long and loud enough. Poor Mr. Blairington didn’t know what to do. It took him forever to give in. He’s a rather stubborn man, but I still like him. Finally, he said he wanted to marry Momma but that I couldn’t tell nobody.

I kept that huge secret for a whole week, but time was getting on and I was fit to burst with the news that Mr. Blairington wanted to marry Momma. He even took Momma to a fine dinner. That means you gotta dress up all uncomfortable before they let you in. Still, Momma didn’t tell me he’d popped the question, and she surely would’ve if he had.

One day, when Nana was watching me for Momma, we got to talking about Momma and Mr. Blairington. She said, “Someone needs to give that boy a good kick.” I musta looked at her funny ’cause she said, “Not a real kick, Pudding Cake; it means help. Someone needs to help that boy find his courage.”

I didn’t say nothing to Nana, but I decided to help Mr. Blairington. That night, when Mr. Blairington came to take Momma out to dinner, he kept patting his right coat pocket. So I gave him a huge hug, just like my Daddy taught me, and slipped my hand into that pocket. My fingers found a hard, little box which I opened right quick. There was something small in the box so I borrowed the small thing and went to my room to have a look at it. It was a shiny gold ring that had what Daddy woulda called a real deal diamond appeal. I figured the ring had something to do with popping the question, so all I had to do was get the ring to Momma.

It took me some time to figure out the perfect way, but my brains musta been in working order ’cause I finally cracked that tough nut, as Nana would say. Next morning, I put the ring in Momma’s bowl of Crispy O’s. They’re just like Cheerios, only faker. I tried to act casual.

Momma musta sensed something though ’cause she used her serious voice, and said, “Jillian Marie Antel, what are you up to?”

“Yes, up to!” Momma snapped, very sharp-like. “You look like a cat that ate a whole nest of birds!” Her right hand jerked a little, and I saw the sparkly ring on her spoon.

My eyes got so big I thought they might fall out. The spoon moved toward her mouth. “No!” I leapt forward to grab her hand, but she jerked her hand out of my reach. “You’ll eat the question popper!”

Momma looked at me strange, but then, she too saw the ring. Her mouth dropped like a bird shot from the bonny blue sky, and for a second, I thought Momma would eat it anyway. Then, she did something strange. She laughed and cried and laughed some more. Mr. Blairington arrived just then, and I answered the door ’cause Momma was all out of sorts.

“Is this your doing?” Momma demanded, holding out the spoon with the ring still half-buried by milk and crowned with a Crispy O.

Mr. Blairington nearly choked, then laughed so hard he almost cried. Momma was still laughing and crying. Grownups are strange.

“It isn’t the presentation I was going for, but it will do,” said Mr. Blairington. “Will you marry me?”

“Of course, I will,” Momma said, leaning forward to kiss him.

I turned away like I always do when they get mushy.

“A thousand times, yes!” was the last thing I heard Momma say before I made it to my room.

They did get married, but they waited a whole three months for the wedding. I had to wear an uncomfortable white dress for that, but it was worth it. Now, whenever Momma’s mad at me she can call me Jillian Marie Antel Blairington. And the best part is that by the time she’s done hollering for me, she forgets whatever it was she was yelling for.