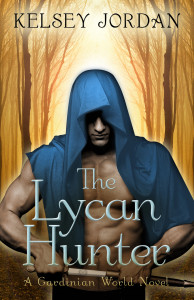 An ominous feeling settled in her stomach, the sensation surging and plummeting so fast in her gut she had to reach out to grip the desk for stability. The only thing missing was classic horror-themed music as the sinister feeling surged again when Kyran paused as if he was listening for something. Still she couldn’t’t force her feet to move, too drawn in by all the awful possibilities from what the screen showed her.

Theo – like all Hunters – had been trained to be aware of their surroundings yet maintain the appearance that he was unconscious. Alexis found herself hoping that Theo would do something to give himself away. All Kyran would need is a subtle uptick of Theo’s calm heart, a hitched breath, or a subtle muscle movement to show him that Theo wasn’t asleep but pretending. Nothing happened, and Kyran stepped forward. Her gut twisted in agony, but her feet still refused to obey her command to find help.

Kyran was obviously in doctor mode. He would naturally wonder what happened to his patient, wonder if somehow the sedatives that Theo had been given had been too much. He suffered from a kindness that Hunters were trained out of from childhood. His inclination for decency would cost him, but at least he was cognizant that something was unusual. Maybe that would keep him safe enough that she could warn him or send help.

Her gut tightened again, and a quick glimpse showed how close Kyran was to his destruction. She knew she wouldn’t’t find that room in time, so she left the room hoping to find Ronan. Hopefully, it wouldn’t’t be too late.

She began beating on the first door she came to. It swung open to reveal Ronan’s sleep tossed hair, unfocused glare, and gloriously naked body.

“What the hell, Ky – ” His hands flew to his groin when his gaze fell on her.

“Come on. Kyran’s in trouble.”