CRACKS IN THE ARMOR by Helena Hunting

At the end of my shift I changed out of my slut attire and back into my jeans and T-shirt, then headed out the back door. The security guard had changed. He was one of the ones I didn’t know. Or trust.

He gave me a sidelong glance. “You want me to walk you to your car?”

“I’m right there.” I pointed to my Tercel.

His eyes narrowed. “That’s your ride?”

It wasn’t much of a ride, compared to some of the flashy cars parked out here. The girls who performed the best also got the best perks, leased cars being one of them. I was perfectly happy not to be among the privileged few. “Yeah. Have a good night.”

“I think I should walk you over.”

I was parked under one of the lights. If he was looking for a little end-of-night action, it wasn’t the most covert place to have it happen. He must have read the skepticism in my expression.

“One of the guys on camera detail warned me that some dude was out here fucking around by the cars. It was during shift change, so there wasn’t anyone here. I’d feel better if you let me check things out.”

I glanced nervously at my car and shrugged. “Yeah. Okay.”

I trailed behind him as he stalked across the lot. He walked around the vehicle, looking for . . . signs of forced entry maybe? When he didn’t find anything sinister, I pulled on the handle to find that it was locked.

His shoulders rolled back and his eyes shot around the dark lot. “What?” His hand went behind him, as if he was getting ready to go for a piece. It wasn’t the first time I suspected the security was armed with more than brass knuckles and walkies. 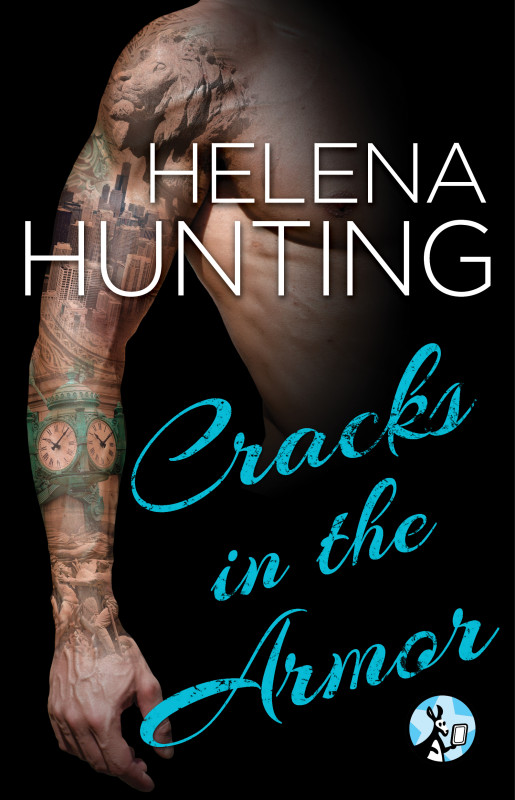 “What?” He looked at me like I was crazy.

“Do you see this?” I gestured to the Tercel and then motioned around the lot. “Of all the cars here, who would choose mine to steal?” I peered into the backseat. All the doors had been locked. Only one person would do that.

I rummaged around in my purse until I found my keys. After unlocking the door, I bent down and felt around under the front seat until my fingers closed around a keychain. I bit my lip to stop the stupid grin from breaking out. Though it would be more convenient to have my own key, there was satisfaction in knowing he’d drop one off for me because he wanted to see me. “It’s cool. My b— friend was just leaving me a key.” I almost stumbled over the word.

“Next time, tell your friend to leave it with one of us instead of sneaking around back here. We’ll get it to you.”

Chris would never leave his key with one of these beefcakes. I slid into the driver’s seat and let the bouncer shut my door. He waited until I pulled out of the spot before he ambled back to his post. He was a lot nicer than some of the other guys who worked for Xander, surprisingly.

I checked my phone at the first red light. There were several texts from Chris—the most recent were admonishments for not locking my doors. The ones before and after contained an invitation to stay the night and a message about the key he left under the driver’s seat. Tonight hadn’t been bad, so I wasn’t about to pass up the offer. I was glad I’d packed an overnight bag, as I always did.

I pulled into the parking spot reserved for Chris’s bike. He’d angled it at the top of the space so there would be enough room for my car. He was always thoughtful like that. It made me feel like a bitch for not inviting him over to my place more often, where parking wasn’t an issue.

It had been too long since I’d spent any real time with him. I didn’t like how much that bothered me, or how excited I’d been about the text and key. That I constantly packed a bag in advance was a red flag I chose to ignore.

I was quiet as I made the trek up the stairs to his apartment and unlocked the door. The light above the ancient, avocado-green stove was on, casting a pale glow over the dated kitchen. There was a note propped up on the counter with my name written across the front in Chris’s elegant cursive. I always teased him that he wrote like a girl.

I set my bag down quietly, though a bomb could go off and Chris would sleep right through it. I left my shoes on, because Chris insisted I never walk barefoot around his place, and crossed over to the counter. There were little doodles in the corners of the note he left me. Designs that reminded me of the tattoos he put on other people. Ones he refused to put on me.

I hope you had a decent night. There are fresh towels in the
bathroom and a sandwich in the fridge. Give me a kiss before you
pass out.

I folded it and put it carefully inside my bag. I had a little box of notes like these from him in my bedroom. I kept every single one.

Continue to read the excerpt at XOXO After Dark!

Chris, a sexy tattoo artist, tries to win the heart of Sarah, a grad student with little interest in him, in this second e-short and follow-up to Helena Hunting’s gripping love story, Clipped Wings—“twisted, dark, incredibly erotic…a love story like no other” (USA TODAY bestselling author Alice Clayton).

Part owner of the Chicago tattoo shop Inked Armor, Chris Zelter is a talented artist who decorates skin with gorgeous designs. He might look the part of the typical jacked-up, inked-up bad-boy, but underneath is a fiercely loyal, complicated man. Kicked out at sixteen, Chris has had to fend for himself for the last twelve years, making his Inked Armor crew as much family as they are business partners. For him, it’s enough—until he meets Sarah Adamson.

A grad student waitressing at the local strip club, Sarah is used to propositions and crude comments. The job is a means to an end—finish her MBA, pay off the tuition loans, and get a good job. Then she won’t have to rely on anyone to take care of her. So when brawny, tatted up Chris begins hanging out at the club, she rebuffs his advances. At first. But Chris isn’t like her usual clientele: despite his hard exterior, he’s almost…sweet.

Sometimes, the people with the roughest edges have the biggest hearts.

Pocket Star is generously donating five (5) digital copies of Cracks in the Armor by Helena Hunting to give to five (5) lucky commenters. To enter, please leave a comment at the end of this post, and be sure to include contact information if it’s not included in your profile. The giveaway is open until Sunday August 17, 2014 at 12:00 AM (midnight). Winner(s) chosen at random from all eligible entries. This contest is open to U.S. residents only, where not prohibited by law. Open to participants, 18 years or older, who are legally allowed to participate in such a contest as allowed by their local laws. All federal, state, local, and municipal laws and regulations apply. Void where prohibited. No purchase necessary. By participating in the contest, participants agree to be bound by the decisions of the contest sponsor. Winners will be given a code to redeem on the Simon & Schuster U.S.’s page; must be redeemed within one year. This blog nor its reviewers or owner are not responsible for items lost in the mail. By entering this giveaway, participants agree to abide by these terms.

This week’s question: What job would you want to try for just one day?

20 responses to “Pocket Book Spotlight + Giveaway: Cracks in the Armor by Helena Hunting”