KNIGHT OF LOVE by Catherine LaRoche

The first lash robbed her of breath.

The second granted her freedom.

If he’d go so far as to have her publicly flogged, she owed him no further loyalty. Any obligation remaining from their betrothal contact ended here, in this moment, with this lash.

Morally, she was free.

Now all she had to do was escape the bastard and make him pay.

As the second stroke landed, fire replaced the shock, and a hot slick of pain bloomed across her back. The coarse linen shift that a spying maid had forced her into provided no protection. It offered little modesty, either, from the uneasy crowd Kurt had gathered inside the castle gates to witness her punishment. She gritted her teeth and refused to cry out. A rough rope bound her wrists above her head to the flogging post. As her knees buckled, the  binding made her perversely glad; she doubted she could stand upright on her own.

Before arriving at this godforsaken pile of German stone, she—Lady Lenora Trevelyan, eldest child to the Duke and Duchess of Sherbrooke, third cousin to Queen Victoria’s German consort, His Royal Highness Prince Albert of Saxe-Coburg and Gotha—had never been struck in her life. Now, in her three months at Schloss  Rotenburg, she’d lost count of her bruises. 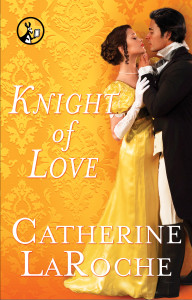 At first, before her parents had returned home to England, Kurt hadn’t hit her—or “corrected her,” as it pleased that smug worm to call his slaps and blows. He claimed it was for her own good, of course, to teach and prepare her for her life as his Prinzessin and mistress of Rotenburg.

She must carry out her duties perfectly, he’d hiss, tightening a grip on her arm until she knew she’d wear a band of purple bruises for a week. Or he’d strike out in sudden fury at some perceived failure of hers—she’d forgotten the name of one of his sainted ancestors in the castle’s gloomy portrait gallery, or made a minor grammatical mistake in her German, or not shown proper courtesy to a visiting Bürgermeister.

Tied now to the flogging post, she lost count after the third blow. She’d seen the long leather strap when the stable master, shamefaced, had bound her with muttered apologies and handed the lash to a muscled groom more accustomed to cracking it around stubborn horses than using it to beat highborn ladies. Now she could barely feel the individual strokes as they landed, only the waves of hot agony clenching her back and shoulders in a vise grip of pain.

Through the red haze blurring her vision, she saw Kurt standing nearby. Next to him, his sanctimonious toady minister prattled the Bible proverb of the virtuous wife whose price was far above rubies. The gleeful, twisted pleasure Kurt took in her pain radiated off his stork-like form like a sickening stench. She bit down on her lip and gathered her hatred of her fiancé like a babe to her breast.

It was all she had left to get her out of this hell.

When Kurt finally held up a hand to signal the groom to cease, her labored breath echoed in the silent crowd. She knew the townspeople didn’t approve of the public beating their prince had commanded for his foreign betrothed. No more than they believed his story that she’d agreed to a religious flagellation in humble preparation for becoming his pious and obedient wife. But Prince Kurt von Rotenburg-Gruselstadt ruled the castle and town with an iron fist. None would risk their lord’s wrath to stand up for her.

Kurt stepped to the front of the dais. “Lady Lenora bears her trial most nobly,” he announced to the crowd. “Her embrace of her suffering does honor to a bloodline that unites the highest noble houses of England and Germany.”

That bloodline, she knew well, was why he’d chosen her. The prig made no secret of his disdain for any born below the upper aristocracy. The Holy Roman emperor himself, Kurt often delighted to inform her, had conferred the title of Prinz upon the House of Rotenburg-Gruselstadt in the previous century. Her own background had led the matchmakers to judge them a perfect pair: her father’s ancient ducal title intermingled, like that of so many English peers these days, with noble blood from her Prussian princess mother.

No one had thought to mention that her fiancé had the temperament of a petulant demon on a bad day in hell.

As Kurt stalked toward her, she forced her knees to straighten. She was done being afraid of this man. He pulled back the torn linen shift to inspect her back. Despite her resolve not to cry out, she gasped as the frayed edges stuck to her skin.

“Beautiful work,” he murmured into her ear. “This is what a woman should look like. Chastised to a man’s authority, marked to her proper place.”

In this saucy romance, an English lady turns the damsel-in-distress tale on its head as she escapes her malicious fiancé and fights for both her life and that of the lustful rebel that has become her protector.

Lady Lenora Trevelyan, a naïve yet stubborn young lady born to the highest noble houses of England and Germany, finds herself betrothed to the brutal Prince Kurt von Rotenburg-Gruselstadt. But after she is cruelly bruised and flogged by her fiancé, she decides to take the reins of her fate. In the midst of a German revolution, Lenora escapes Kurt’s iron fist and embarks home to England. She quickly finds herself in the hands of a rebel group and their robust, gentle, and handsome leader, Wolfram von Wolfsbach und Ravensworth, the English Earl of Ravensworth.

Lenora struggles to deny the passion she feels towards the frustratingly chivalrous Earl but her desire for him continues to bloom. Wolfram hungers nothing other than to fight for democracy and civil rights in uniting Germany and to protect what he assumes is his damsel in distress. Through nights of immeasurable pleasure, Lenora and Wolfram learn that their passion is no match for the revolutionary chaos that ensues. And when Lenora discovers that her protector’s life is threatened, she must risk everything to save her Knight of Love.

Pocket Star is generously donating five (5) digital copies of Knight of Love by Catherine LaRoche to give to five (5) lucky commenters. To enter, please leave a comment at the end of this post, and be sure to include contact information if it’s not included in your profile. The giveaway is open until Sunday August 10, 2014 at 12:00 AM (midnight). Winner(s) chosen at random from all eligible entries. This contest is open to U.S. residents only, where not prohibited by law. Open to participants, 18 years or older, who are legally allowed to participate in such a contest as allowed by their local laws. All federal, state, local, and municipal laws and regulations apply. Void where prohibited. No purchase necessary. By participating in the contest, participants agree to be bound by the decisions of the contest sponsor. Winners will be given a code to redeem on the Simon & Schuster U.S.’s page; must be redeemed within one year. This blog nor its reviewers or owner are not responsible for items lost in the mail. By entering this giveaway, participants agree to abide by these terms.

This week’s question: What three items would you take with you to a deserted island?