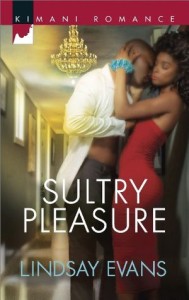 “The Playboy and the Angel”

Marcus Stanfield walked into the party already looking for the exits. On a Saturday night in Miami, he’d much rather be on his boat or partying with friends than bleeding away the night at a charity ball he had had no real interest in attending. The music was calm and laid back, acceptable jazz that blended into the background while Miami business professionals and philanthropists wove through the crowd in their formal dinner wear—black tie and tails, cocktail dresses, diamonds dripping from necks and wrists.

He shifted his shoulders under the unbuttoned black blazer, reached out to take a glass of what he hoped was scotch from one of the passing waiters. He sipped the drink and winced. It was scotch, but too cheap for his taste. Maybe he wouldn’t even last until the awards were announced.

Marcus left the scotch on a nearby table and looked around the room, hoping to find Reynaldo March, one of the men to be honored at the night’s charity banquet and a VP at his company, Sucram Holdings. As Marcus glanced over the crowd, searching for the gray-haired VP, he heard the sound of a woman’s laughter, husky and low, from nearby.

The woman’s laughter was rich and deep, with a hint of naughtiness. A combination that drew him like a bee to honey. His ears latched on to the laughter while his eyes tracked the room for the source of the sound. Soon he found it.

Two women stood together. One was still laughing, her head thrown back, a hand propped up on her hip. She was slender and pretty, light-skinned with wavy black hair down to the middle of her back. The laughing woman had a firm and high rear. And she looked money-hungry, like the type who would lie down for a man just because of what was in his wallet. Definitely his usual style.

But, inexplicably, it was the woman standing next to her that drew and kept Marcus’s attention. She had dark skin, angelic features, and straightened hair pulled back in an elegant French roll. Even from across the room, he sensed her innocence. While her friend was dressed in a purple satin dress that caught her at mid-thigh and clung to her slender but generously proportioned body, this woman wore ice blue.

The pale dress drew Marcus’s eyes to her deep mahogany skin. The dress was modestly cut just beneath her collar bones, the waist cinched and hem flaring out in frothy blue around her knees. She was tapping her feet to the music.

While her friend laughed with her whole body, this woman only smiled faintly, her full mouth tilting up at the corners with mild amusement. Marcus looked back at the friend with her killer body, white teeth and long hair that fell in thick waves over her luscious breasts. She was definitely more his type, a woman who would want him for his money, and never anything else. The safe type.

But the woman in blue was who he wanted. He fastened his blazer’s single button and walked over to them.

The laughing woman gave him a considering glance, a quick but thorough evaluation of what he was wearing, how he looked, what he was worth. He had been the focus of that look so many times in Miami that he expected it more often than not when meeting someone new.

“Good evening,” the woman in purple greeted him, a smile curving her full lips. “You’re Marcus, aren’t you?”

The woman he wanted treated him like he was intruding on their conversation. She was even more beguiling up close. Not traditionally beautiful but exquisitely made with her large eyes, wide mouth and narrow chin. Her neck was a long and slender stalk he could easily span with one hand. The top of her head only came as high as his jaw, even in her stilettos.

“I’m Trish,” the long-haired one said, offering her hand to shake. “And this is my best friend, Diana.” She nudged her friend, as if encouraging her to be nice to Marcus.

Diana looked at her in irritation, then extended her own hand in greeting. “Marcus.” Her voice was carefully neutral.

“Don’t say my name like that,” he said with a grin. “So formal. Especially when I came over here intending to ask you to dance with me.”

A frown settled on her angelic face. “I don’t dance.”

“She’d love to.” Trish smiled even wider to make up for Diana’s lack of welcome, then nudged her friend again, this time directly into Marcus’s arms. “Enjoy, honey!” She grabbed Diana’s purse and stood back, looking pleased with herself.

Marcus took Diana’s arm and led her to the dance floor where they were playing Marvin Gaye’s “Got to Give it Up.” He drew her into his arms, keeping a respectable distance between them but still allowing himself the pleasure of smelling the light rosemary-scented perfume that clung to her skin. Another scent, something sweeter, lingered beneath the hint of fresh herb.

“Thank you for dancing with me,” he said.

She looked up at him, her eyes large and serious behind a veil of thick lashes. Her narrow chin jutted out.

“You know very well I didn’t agree to dance with you,” she said.

“You don’t strike me as a woman who’d let herself be talked into something she didn’t want to do,” he murmured as they moved to the beat of the song. “Whatever small part of you wanted to come with me, I’m grateful for it.” He smiled, strangely charmed by her coolness. Her reaction to him was completely different from what he usually got from women.

At his look, Diana pursed her lips, the lines of her face softening. “I’m sorry. It’s just been a long day. Everyone here seems to think just because I work for a non-profit, that means I’m going to whore myself out to the one with the biggest bank account.”

Damn. She was definitely not his type at all. With other women, he knew what they wanted, and they knew what he could give. Sex for money: a transparent transaction. But he didn’t want to let Diana go yet.

“If it makes you feel any better, you don’t have to whore yourself out to me at all.” Marcus dipped his hips close to hers as they moved to the music, then pulled back. “All I want is a dance.”

She looked at him with a hint of doubt in her sparkling brown eyes. “A dance is all you really want?”

Marcus smiled. “For now.” He spun her around to the rhythm of the song, then pulled her back seamlessly into his arms. “Later I was thinking of trying to tempt you with dinner, maybe a late night walk on the beach.”

The corner of her mouth twitched. “I’ve already eaten, and I try to avoid the beach at night.”

She looked at him with a pointed rise of an eyebrow. “Sharks.”