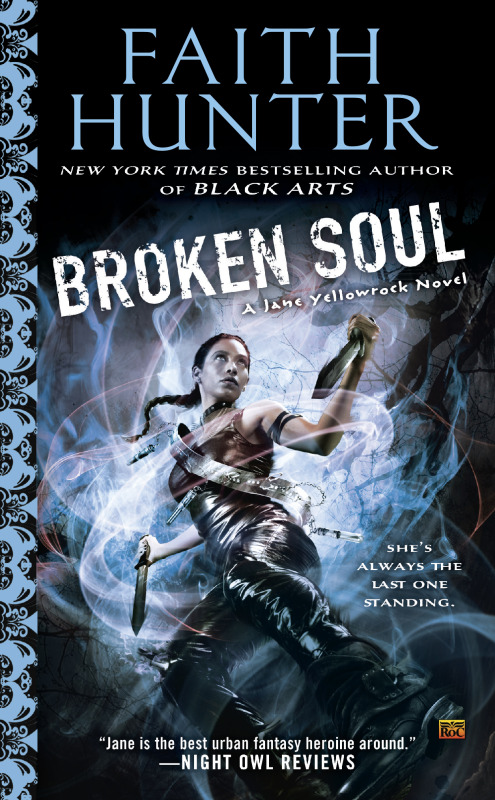 Continuing her employment with Leo Pellissier, Master of the City of New Orleans and most of the southeast, Jane Yellowrock has been through more, and lost more, than she ever imagined she would. Unfortunately, the challenges aren’t going to end anytime soon. With a delegation from the European vampires with conquest on their minds due to visit in the near future, Jane will have to work harder than ever before to maintain stability for her boss and his clan, as well as for the humans who will be affected, whether they’re party to the coming events, or not. Finally learning to coexist with her Beast, Jane is better, smarter, and stronger than in previous novels, but even that might not be enough to save her and those she’s come to care about when the fighting starts.

Unlike some series where there are only one or two standout characters, the Jane Yellowrock novels have a lot. Each and every character has a unique voice, even the more minor ones having carved out a distinct place for themselves by this point. Ms. Hunter has created a beautifully imperfect hero with Jane, who has only gotten better as her defenses have crumbled and been rebuilt, her previously impenetrable walls now being reinforced with her chosen family and allies. Leo Pellissier, on the other hand, is one of my favorite characters to hate. I absolutely loathe him right now, in fact, yet I can’t wait to see him again in the next book. As Jane’s “adopted brothers,” The Youngers have increasingly important roles to play in the series, for which I’m delighted. The list of notable characters continues to increase as this series goes on, and in Broken Soul, there really wasn’t a weak link that I could find.

Absolutely one of the best things about this story was the ongoing evolution of Jane’s love life. As in, she sort of actually has one again. While I don’t expect much in the way of romance with urban fantasy titles, I’ve been hoping that Jane would find some happiness in that department for a long time—and now, she’s finally found a little. Thanks to Leo, it was interrupted and temporarily spoiled, but still, it’s a wonderful start for a most deserving character. Jane has grown tremendously in so many ways since the beginning of the series, and it’s perhaps most evident in her acceptance that she and her Beast are worthy of love, and the bravery she shows in taking the chance.

Despite its length, Broken Soul moves fast. Every chapter is filled with battles and mysteries; old questions finally being answered even as new ones arise. When Jane stops for an infrequent rest (or collapses in her bed, to be more precise), I felt as drained as she does, her exhaustion a tangible feeling on the page. Dealing with the Mithrans is dirty business, the “nearly immortal” vampires having many human lifetimes to enact their vengeance and intrigues, and no compunction about their own duplicity. There is simply no way to deal with them and not lose a part of yourself, as was most clearly evidenced by Derek (another great secondary character) in this story.

Broken Soul is indisputably my favorite Jane Yellowrock story so far. I can’t recommend this book as a standalone, however, since every previous novel in the series has been just as packed with cumulative details, characters, and events as this one. Having followed Jane’s adventures from the beginning, I was able to keep up better than I had been in the preceding novels, and to really lose myself in the story. I couldn’t be happier with how Broken Soul ended, which, given how quickly fortunes change in this series, is sort of terrifying. But in the best way, as well-liked series tend to be. Jane isn’t done yet, though, and I’m very excited to see what wonderful torture Ms. Hunter will come up with next.

Jane Yellowrock is a vampire killer for hire—but other creatures of the night still need to watch their backs….

When the Master of the city of New Orleans asks Jane to improve security for a future visit from a delegation of European vampires, she names an exorbitant price—and Leo is willing to pay. That’s because the European vamps want Leo’s territory, and he knows that he needs Jane to prevent a total bloodbath. Leo, however, doesn’t mention how this new job will change Jane’s life or the danger it will bring her and her team.

Jane has more to worry about than some greedy vampires. There’s a vicious creature stalking the streets of New Orleans, and its agenda seems to be ripping Leo and her to pieces. Now Jane just has to figure out how to kill something she can’t even see…. 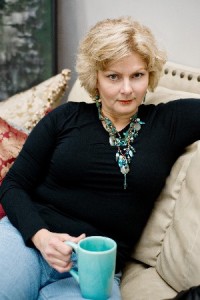 Her long-running, bestselling, Skinwalker series features Jane Yellowrock, a hunter of rogue-vampires. Her Rogue Mage novels, a dark, urban fantasy series features Thorn St. Croix, a stone mage in a post-apocalyptic, alternate reality. She has a new paranormal crime solving series featuring Nell Nicholson Ingram, who can siphon away the magic of others, to be released in late 2015.

Under the pen name Gwen Hunter, she has written action adventure, mysteries, thrillers, women’s fiction, a medical thriller series, and even historical religious fiction. As Gwen, she is a winner of the WH Smith Literary Award for Fresh Talent in 1995 in the UK, and won a Romantic Times Reviewers Choice Award in 2008. Under all her pen names, she has over 30 books in print in 29 countries.

Faith is a founding member of MagicalWords, a writing forum at www.magicalwords.net geared to helping writers of fantasy and other genres.

For more, including a list of her books, see www.faithhunter.net , www.gwenhunter.com  and www.magicalwords.net. To keep with her, join her fan pages at Facebook: https://www.facebook.com/official.faith.hunter

The publisher is generously donating a copy of Broken Soul to give to one (1) lucky commenter. To enter, please fill out the Rafflecopter form AND leave a comment at the end of this post telling us which urban fantasy series is your favorite. The giveaway is open during the time specified on the Rafflecopter form. Winner chosen at random from all eligible entries. This contest is open to US Mailing addresses only and where not prohibited by law. Open to participants, 18 years or older, who are legally allowed to participate in such a contest as allowed by their local laws. All federal, state, local, and municipal laws and regulations apply. Void where prohibited. No purchase necessary. By participating in the contest, participants agree to be bound by the decisions of the contest sponsor. Prize will be delivered by the publisher. This blog nor its reviewers or owner are not responsible for items lost in the mail. By entering this giveaway, participants agree to abide by these terms.