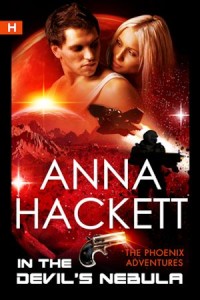 Ria kept her gaze glued to the two men in the library—at least she thought they were men. Tekton men and women looked very similar.

She tried to pay attention to what they were doing, but she was distracted by the hard male body pressed up behind her.

She was used to hiding and being patient. She knew how to deal with the anxiety that came from the risk of being discovered. But she was almost always alone, and on those odd times she wasn’t, they rarely ended up plastered together with no room to move.

Zayn surrounded her, overwhelmed her. She drew in air but every part of her was aware of him. His scent filled her senses—hot male mixed with plain soap.

He moved, his mouth pressing to her ear. She closed her eyes, trying to control the shiver traveling up her spine.

“They’re using the console. Can you see what they’re doing?”

Ria blinked and tried to see through the grate. God, he was so hot. “One has their hands on the dome. And both of them have their eyes closed.”

She focused on the one at the dome. “He’s concentrating.” More successfully than her. Zayn moved beneath her again and this time she thought she felt a hard bulge. She bit down on her lip. “Maybe it’s some sort of telepathic thing?”

“Nothing in our research showed the Tekton are telepathic. But they are secretive.” He shifted again. “Damn Ria, you have a body designed to drive a man wild.”

She froze. He felt it too. This powerful pull that was tangling them closer together. But did he see her or Viktoria? She wrestled with her emotions and tried to focus. “Maybe the console is attuned to thoughts. You direct it with your thoughts.”

He made a humming sound. “Possible.” He moved an arm and it slid around her waist. “Sorry, it’s going to sleep where I had it.”

She needed air. She needed some space between her and this man or she was going to turn into him and plant her mouth on his.

“One of them has moved to a shelf,” Zayn whispered.

Ria saw one of the Tekton at a shelf but his body blocked what he was doing. Then he moved away. “They’re leaving.” Thank God.

After the two Tekton had left, she pushed on the grate and crawled out of the tight space. She stood, and squashed the small pang of loss she felt now that she was no longer pressed against Zayn.

Zayn moved to the console and pressed his hands to the dome and closed his eyes.

Ria watched the gases inside start to swirl. “Something’s happening.”

His brow crinkled. “I’m focusing on the Assassin’s Guild Headquarters. Come on, come on.”

She saw an image through the fog. A plan inscribed on a silver plas-sheet. A quiet chime sounded and she spun. Discreet lights built into the base of one shelf were glowing, about eight feet up.

His eyes popped open and he grinned. “Let’s grab the plans and get out of here.” He reached the shelf but couldn’t quite grab the map. He glanced around. “Where’s the ladder?”

She didn’t see one.

He made a ‘come here’ gesture with his hands. “Get on my shoulders.”

Ria straightened her spine and gripped his hands. In a smooth, powerful move, he dipped and swung her up. Ria swallowed a squeak and settled on his broad shoulders.

She focused on the carefully rolled plas-sheet in front of her eyes, and not the fact that Zayn Phoenix’s head was between her thighs. Her fingers closed around the plas. “Got it.”

He set her down and Ria carefully slid the plas-sheet into an airtight bag on her belt.

Zayn waved to the door. “Shall we go?”

They’d taken two steps into the hall when the entire building shook. Zayn grabbed Ria’s arm to steady her. There was another dull boom in the distance.

“Ah, I think our diversion might have been discovered,” Zayn said.

They ran toward the door to the tunnels. They turned the last corner. And saw a group of uniformed and armed Tekton running toward them.

“Shit.” Zayn skidded to a halt. Ria almost slammed into the back of him. “Back the other way. We’re going to Plan B.”