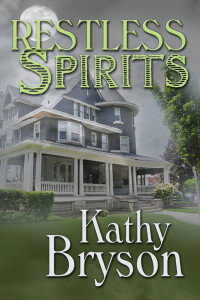 “Excuse me?” I could feel one eyebrow shooting off my forehead even as my jaw dropped. I did not expect that comment.

“Yes,” John declared emphatically. “I was told you were a good manager and well, I still think you are probably a good choice even through we got off to an awkward start. But I have put a great deal of effort and time into this project. I need you to take this just as seriously.”

I managed to shut my gaping mouth by swallowing hard. I was stunned. Okay, I hadn’t gotten off to a great start with that interview, but I thought we’d gotten past that. John had even been nice to my mother. I thought we’d been building rapport. What the hell was this all about? Just because I joked a little with Trog? A guy I’d know since high school?

I wasn’t sure just why John was getting bossy on me all of a sudden, but I knew I didn’t like it. I hadn’t taken kindly to reprimands at the bank either. “So let me get this straight. Despite a bad interview, which you had a part in as well, I might add, you decide to give me a chance and then have second thoughts because I joke with an old friend? I’ve known Trog forever. Did you want me to just ignore him?” My voice hit a particularly high-pitched and sarcastic note. I don’t do subtle mocking; I usually go straight for flat-out yelling.

John must have realized that he tread on dangerous ground because he made a visible effort to recover. “That’s not what I meant. Of course you can speak to an old friend.” His nostrils flared as the accusation registered. “I just think it is very important that we present a professional appearance. It’s one thing to talk to someone and another thing entirely to flirt, even with someone you’ve know forever.”

I wasn’t entirely sure, but I think John placed extra emphasis on forever.

“For this business to prosper and grow, we need to conduct ourselves as professionals. Hotels are highly prone to developing bad reputations. I don’t want to be known as another truckers’ stop on the highway. I want this inn to be seen as a resource for the college, for the town. We need to be prestigious, above reproach.”

I could feel my eyebrows crawling off my forehead and I didn’t even try to hold back my scorn. “Above reproach? Excuse me? Who just hugged whom in that forest?”

Seeing the expression I couldn’t repress quickly enough, John drew back, offended. “That’s why I invited your mother to stay. Having an older lady around will help lend propriety to the operation.”

John may have been going for high-toned, but he sounded positively Victorian. I couldn’t help it, I snickered. “I don’t think you need someone to lend you countenance,” I said, fighting to keep the phony British accent out of my voice. “You’ve pretty much locked down uptight, and if you think my mother is going to bring anything but chaos to this venture, you are seriously deluded.”

“I know what I’m doing. I just need you to do your part. We got the place renovated. Now you need to get it up and running. And you need to do it quickly before the new road is announced. Once that happens, everyone and their brother will be trying for property out here. We need to be an established, viable concern, so do your part and stop flirting!”

I blinked a little as John’s voice rose on his last words. He was really upset, but I wasn’t sure what about exactly. He’d gone from yelling about propriety to property so fast that I was startled right out of my mad. John might really be under time or financial pressures, but I had a feeling there was something else entirely going on. The air practically tingled with the greasy electric feel before a storm.

“So you’re worried that I’m a dangerous flirt?” I took a step closer to him, my voice going low and throaty without my willing it. Smoker remember?

“You’re worried I’m going to damage your reputation? That I’m going to seduce you, perhaps?” I was treading dangerous ground here and I knew it, but I wondered, just for a minute, what would happen if I pushed. Maybe I wasn’t the only one who felt that little spark of awareness. Okay, I hoped I wasn’t the only one. It was a dangerous thought, and I was just in the mood to act on it.

“I don’t think it’s unreasonable to want you to run my business in a professional manner.”

John was so cute, standing there all gangly and awkward, boyishly charming and yet determinedly serious, that I couldn’t resist. All that awkwardness from trying to impress, fueled by John’s unflattering flirting accusation, morphed into an unholy temptation.

I leaned in and murmured, “Maybe you’re worried that I won’t seduce you?”