Top Ten Things I Like To Do in October

BLACK SPRING, the final book in the BLACK WINGS series, releases October 28, and there’s nothing better than your favorite Agent of Death and those Snickers mini bars you stashed in the pantry so the trick-or-treaters wouldn’t get them.

We all love Halloween around my house. My family prepares for October 31 with lots and lots of immersion into the good, the autumn, and the scary. These are my favorite things to do in October, before the leaves have fallen and winter covers Chicago until April (or sometimes May, or June).

10) Make the pumpkin patch rounds. I like to go to all of them – and I do mean all of them.  This requires serious commitment, as most of them are only open for four or five weekends.

9) Attend all of the autumn/harvest festivals.

8) Find any event that doesn’t fall into the above two categories but might possibly have a candy apple bar, and go there.

7) Eat candy apples until I feel like I can’t look at another one until next October.

6) Hike as much as possible.  It’s glorious to be outside in the autumn.

5) Read Ray Bradbury and Shirley Jackson and Stephen King until I think I’m too scared to sleep, and then pass out anyway because the cold wind blowing in my window is so much better than air-conditioning.

2) Go camping. It’s the best time of the year. There are less people and it’s nice and cold at night so you can snuggle into your sleeping bag.

1) Find everything that has pumpkin in it at Trader Joe’s. Purchase and consume it. Purchase more and stash it so that I can have pumpkin pancakes in the middle of July. 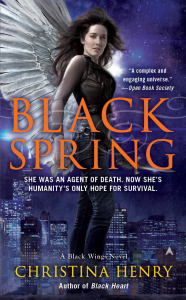 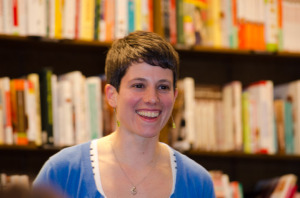 Christina was born in New York and now lives on the North Side of Chicago with her husband and son. She sees no conflict in rooting for both the Yankees and the Cubs.

She also enjoys running long distances, eating large quantities of cinnamon rolls, reading anything she can get her hands on and watching movies with zombies, samurai and/or subtitles.

To enter, use the Rafflecopter form, below. The giveaway hop will run Oct. 6 to Nov. 7, 2014 (times on the Rafflecopter form). Winner(s) chosen at random from all eligible entries. Open to participants, 18 years or older, who are legally allowed to participate in such a contest as allowed by their local laws. All federal, state, local, and municipal laws and regulations apply. Void where prohibited. No purchase necessary. By participating in the contest, participants agree to be bound by the decisions of the contest sponsor. Prize will be delivered by the contest sponsor. This blog, its reviewers, and owner are not responsible for items lost in the mail. By entering this giveaway, participants agree to abide by these terms.