NICK – Leader of the half-breeds and the last true hero. He’s spent his life fighting a dark pull toward the gods. A pull he now knows is linked to his father Krónos and the Titan’s plan to escape from the Underworld.

But Nick’s hidden powers are coveted by more than just his father. Imprisoned by Hades, Nick battles every form of torture imaginable as the sadistic god schemes to break him. Only one thing is keeping him sane. One woman who gives him the strength to fight the relentless darkness. She has a dangerous plan of her own, though, and as Nick’s powers grow stronger, even she might not be enough to alter his destiny.

As the fate of the world hangs in the balance, Nick’s allegiances are tested. And no one knows whether he will choose to fight for good or succumb to the sinister lure of evil. Not even him.

Cynna’s heart pounded hard, and her skin tingled with a heat she couldn’t hold back. She braced her hands on Nick’s shoulders and tried to push him away, but he was an immovable force, and he wasn’t letting her go. “You lie.”

“Why would I lie? What do I get out of lying about this? I need you, Cynna, not her. I have for a long f*cking time.”

Her fingers curled into the fabric of his shirt, and her breaths came fast and shallow. But she was no longer sure if she was trying to push him away or pull him in closer. And her gift, the ability she’d always had to tell lie from truth, was screaming she was wrong. He believed what he was saying. Believed it as he believed nothing else.

She tried to be disgusted. Knew that was the logical reaction. But she wasn’t. She was intrigued. And, dammit, incredibly excited. “That’s…sick.”

His mouth was so close, his breath hot and minty, and everywhere he touched her, even through the fabric forming a barrier between them, her skin tingled. She needed to get away from him. Couldn’t think when he was close like this. But the thought of letting him go back to her…

Her fingers tightened even more in his shirt, and she dragged him an inch closer. Electricity arced between them, like a firecracker about to explode. “I don’t need you. I don’t even want you.”

“Now we both know who’s lying,” he whispered. 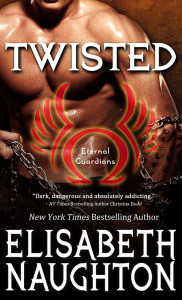 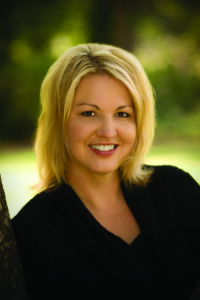 Before topping multiple bestseller lists—including those of the New York Times, USA Today, and the Wall Street Journal—Elisabeth Naughton taught middle school science. A rabid reader, she soon discovered she had a knack for creating stories with a chemistry of their own. The spark turned into a flame, and Naughton now writes full-time. Besides topping bestseller lists, her books have been nominated for some of the industry’s most prestigious awards, such as the RITA® and Golden Heart Awards from Romance Writers of America, the Australian Romance Reader Awards, and the Golden Leaf Award. When not dreaming up new stories, Naughton can be found spending time with her husband and three children in their western Oregon home. Visit her website at www.ElisabethNaughton.com to learn more about her books.

Elisabeth is giving away a bag of goodies – books, lotions, chocolates, jewelry, etc. To enter, please fill out the Rafflecopter form and follow the rules posted. The giveaway is open during the time specified on the Rafflecopter form. Winner(s) chosen at random from all eligible entries. This contest is open where not prohibited by law. Open to participants, 18 years or older, who are legally allowed to participate in such a contest as allowed by their local laws. All federal, state, local, and municipal laws and regulations apply. Void where prohibited. No purchase necessary. By participating in the contest, participants agree to be bound by the decisions of the contest sponsor. Prize will be delivered by the author. This blog nor its reviewers or owner are not responsible for items lost in the mail. By entering this giveaway, participants agree to abide by these terms. 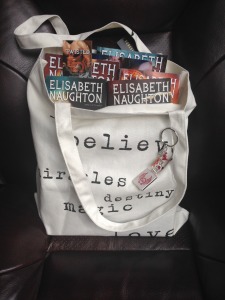