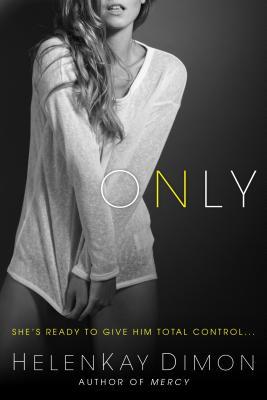 I really was excited about reading Only, the second title in Helenkay Dimon’s Holton Woods series. The first book, Mercy, was fabulous as well. They do need to be read sequentially. If you don’t have the background from the first title, you’re going to miss stuff in this one.

I really wish I had more time to just sit down and read. Like, all day. This is one of those titles that I was happy I had digitally. I read for five minutes here or ten minutes there every time I had a moment. If I’d had one uninterrupted chunk of time to read the whole thing? Yup. I’d have done it.

Only picks up where Mercy ends, pretty much. It doesn’t seem like much time has passed. One of the great things about this book is that there are TWO happily-for-nows. Two! Isn’t that spectacular? Readers of the first title in the series will recall the horrible break-up of Wade and Eli. It. Was. Ugly. And well-worth reading Mercy to get even just this part of the story line. What I like about this subplot was that the guys seemed realistic. Their thought patterns mimicked those of REAL DUDES. *boggle* And, they’re both so … He-Man, I guess. They’re masters of their own fate, and independent, with muscles to match. But seeing their vulnerability when it came to the other was refreshing. This is one of the reasons I like reading M/M stories. They can be all alpha-male and thumping their chests, but they actually show how much they need one another in a much different way. Wade and Eli are no exception.

Sebastian, a.k.a. Bast, is a smooth-talking lawyer that can manage to get himself – and others – talked out of pretty much anything. He negotiates with the likes of the CIA to make ‘deals’ regarding persons of interest. In Mercy, those people were Becca, Jarrett, and Eli. Only has him negotiating with the feds for Natalie’s safety, as she was recently canned by the CIA. I really think this part of the plot only serves as a cover for all the work Bast needs to do, and the reason he doesn’t stay with Kyra 24/7/365. He’s completely enamored with her, and he’s scared to tell his closest friends because Kyra is Wade’s little sister, and they all look out for her. Because of his ex-, he’s a bit gun-shy of relationships.

Kyra is a scheming girl. It seems like she knows what she wants and goes after it, however. One of the things I liked the most about Kyra was that she’s not the whiny I-can’t-do-it type. She’s very self-sufficient and independent. She had to be, since her father was a wannabe Mafioso, eager to exploit her. I really didn’t appreciate Kyra’s approach to Bast – especially when they established the ‘rules’ for what they were doing. She wasn’t honest with him, and that was the one piece of the conflict that caused pretty much a revolving door of baby conflicts between Kyra and Bast.

If two people like Kyra and Bast can manage to get together and end up being a really great couple – after all the issues are worked out of the relationship, there’s hope for us all. Even though I wanted to whack Bast up-side the head for all of his issues regarding his ex, I think they were important to show. The failure of his marriage was a shaping event in his life; he learned from mistakes made, too. It was great to see things turn around for him, and I loved the evolution of his character.

Kyra, I felt, held back a lot – and longer – because her ‘secrets’ were personal. I thought it a bit ironic that she felt Bast needed to do all these things when she was less than forthcoming about elements of her life. I think this is why I don’t like Kyra quite as much as Bast. I was intrigued by the tip-toeing around they did to keep their ‘arrangement’ a secret, too.

Sebastian Jameson negotiates for high-end clients who need problems taken care of quickly and discreetly. Accustomed to being in control, he’s still reeling from his ex-wife’s decision to write a tell-all about their private life, one that highlighted their bedroom activities. The fallout left Bast’s love life in chaos, making him a magnet for women who thrive on risky fantasies, and a pariah to all others.

Kyra Royer knows all about Bast’s reputation—and is intrigued enough to try to change him into a one-woman guy. But getting him into her bed will be a challenge. He’s known her brother for B00INIXK1Cnot a man you cross. Kyra knows Bast thinks she’s off-limits, so she’ll have to get creative to make him hers.

As Kyra turns up the heat, Bast struggles to resist the sexy young woman’s considerable charms. But when Bast’s job turns from tricky to deadly, keeping Kyra nearby might be the only way to keep her alive—even if it means getting closer than he ever intended…

Reviews in the Series:
Mercy by HelenKay Dimon (Holton Woods #1)

One response to “Review: Only by HelenKay Dimon”