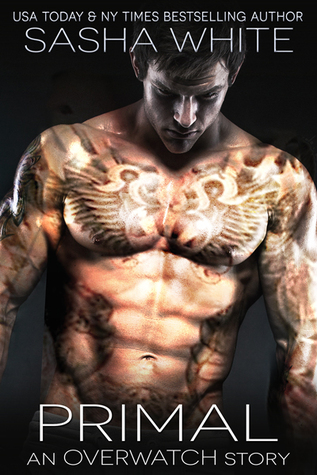 Adam Kessler doesn’t want to be anyone’s hero, yet he finds himself as a part-time vigilante for hire, and one evening when out for a run, he rescues Olivia Hamilton from being mugged and raped. Afraid her desires for him are caused by the adrenaline of the moment, Adam rejects Olivia’s welcome arms the night of her attack, waiting to see if she’d call him after she comes to her senses.

Dr. Olivia Hamilton is a well-established psychologist and a very independent woman. She realizes her feelings for Adam are textbook knight-in-shining armor reactions, but somehow, she knows Adam means more to her than any man she’s meet before. Taking a chance, Olivia calls Adam and discovers a whole new side to herself in the process.

The book opens with a serious, albeit short, attack on Olivia, which honestly ends before it begins. While the scene is not difficult or graphic, the nature of the assault created some discomfort on my end when Olivia started coming on to Adam. Thankfully, Adam recognizes what is going on and backs away, leaving my concerns behind. I appreciate the author’s thoughtful handling of what could have been a major issue for me.

While Primal is not a long story and is relatively drama-free, there are a couple of small conflicts which cause some commotion for the pair. I like that the couple has a relatively straight-forward path to HFN, but when there is some difficulty, that they talk through the issues.

There are a couple of scenes that I felt detracted some from the flow of the story, the first being a play scene featuring Ronnie and Ian, the h/h from Unfettered. While the scene was actually pretty good, it’s the fact that it is told from Ronnie’s POV that bothered me. I believe it is the only time in the story that is NOT shared from either Olivia or Adam’s POV, which makes it stand out to me. In addition, there is an odd scene in the middle of the book that caused me great confusion for a bit. While it was later revealed to be a dream, there was no warning or indication of this fact heading into the scene. In addition, it is written in present tense narrative, which was extremely off-putting to me.

Overall, I enjoyed Primal and found Adam and Olivia to be a solid, sexy match. The story is extremely fast-paced with relatively little conflict. Both Olivia and Adam know what they want and go after it. The book is a happy, bdsm-lite love story that makes for a quick, enjoyable read.

BDSM club owner Adam Kessler is no one’s hero. He joined the army to get away from the gang-life that had taken his brother, only to come home to heartache. He doesn’t hide his dominant side, and he doesn’t hesitate in his need to protect or enforce his particular brand of retribution on those who’ve earned it. There’s no way in hell he could walk past a man hassling a woman in an empty parking lot and do nothing. Only when the confrontation is over and the voluptuous blonde turns eyes filled with desire to him, does Adam realize he’s in trouble.

Psychologist Olivia Lang grew up with the proverbial silver spoon, and has never regretted spending more time on her career than on romance, until she meets Adam Kessler. He’s dark, he’s dangerous, and he’s deliciously dominant… and she wants him.

Passion burns quick and hot between them and soon they’re caught up in an intensely carnal relationship that neither can deny. But when Olivia’s life is threatened and Adam shows her just how dangerous he can be, will it be too much for the civilized psychologist to handle, or will she truly accept the man and win her hero’s heart?

Reviews in the Series:
Unfettered by Sasha White (Overwatch #0.5)