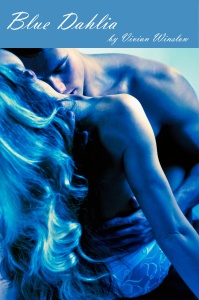 “You really must visit Miami sometime soon, Mrs. Baron,” Rodrigo says smiling. “I’m sure you and my mother would get along very well.”

“Oh, please, Rodrigo, call me Poppy,” Dahlia’s mother replies with her usual hand flip, the light catching on her 5-karat antique diamond and sapphire ring. Her mother always believed that looking understated was an under-statement—a philosophy Dahlia could never adopt herself.

Dahlia eyes them warily over her untouched Niçoise salad. One lunch at Balthazar and they’re on a first-name basis with each other?

Poppy takes a tiny bite of her steak tartar and daintily dabs her lips with her napkin.

“You two must’ve had a wonderful time in Aspen. Dahlia and Lily were both glowing when they returned. Shame I haven’t met your brother . . . .”

“Right,” Poppy pauses and scans the room. She politely nods at a corner table where three women are seated. Dahlia recognizes them as mothers of her high school classmates. Total bitches who enjoyed spreading lies about her to gossip magazines, but she politely waves as would be expected. Naturally, her mother and Dahlia having lunch with a handsome Latin gentleman at Balthazar will be news at the club by afternoon drinks—which commence at three o’clock.

Her mother continues, “Well, I’m sure if Alejandro is as charming as you, it’s no wonder my two beautiful daughters were unable to resist you both.”

Dahlia fights the urge to roll her eyes. She can tell by her mother’s tone that the flattery is disingenuous. Of course her mother wouldn’t approve of her and Lily dating new money—from Miami no less.

“Well, Mrs. Baron, I mean Poppy,” Rodrigo quickly corrects himself, “Dahlia is the one who charmed me. I love her energy and creativity. Everything she does just amazes me.”

Dahlia smiles, her heart soaring at his words. Rodrigo tells her everyday how important she is to him, but it means so much more to hear him declare this openly to her mother.

Her mother offers a weak smile and sips her wine. “Yes, well, hold onto this one because she can get a little slippery if you get too serious.”

Dahlia’s jaw drops. “Mother, that’s really unfair.” She should’ve known better than to introduce Rodrigo to her mother. But he insisted, saying that if they were serious about moving in together, he wanted to know her family better.

“Is it now?” Her mother replies impassively.

Rodrigo reaches across the table and takes Dahlia’s hand. “Perhaps it’s because she hadn’t met the right person, Mrs. Baron.”

“Right,” Rodrigo pauses, “Dahlia and I are interested in planning a future—together. To us that means living in Miami near my family. We’ve both had relationships before we met each other. What matters most to us is the future, not the past.”

Dahlia smiles proudly. Few could ever stand up to her mother the way Rodrigo just did.

Her mother narrows her crystal blue eyes on her daughter. Dahlia pushes her salad aside and takes a long drink of her wine. She knows what her mother is thinking. And even if Dahlia doesn’t want to admit it this time, she knows she’s right. Dahlia’s past could ruin her future with Rodrigo.

“You’ve been quiet since lunch.”

Dahlia stares vacantly at the painting in front of her: A Woman in the Sun—one of her personal favorites by Edward Hopper. She remembers taking a private tour of the Whitney Museum with her mother and sister Lily when she was six years old, and falling in love with his works. Something about the subject’s gaze filled her with a sense of curiosity and instilled in her a desire to know the world through the artist’s eyes. That day, she picked up a sketchpad and didn’t put it down . . . until seven years ago.

Rodrigo runs his fingers down her cheek and gently lifts her chin to draw her gaze to him.

“Is it what your mom said?”

“We don’t need your mother’s blessing. I thought it would be nice for her to get to know me, but in the end what she thinks doesn’t matter, does it?”

Dahlia shakes her head and smiles at Rodrigo. Any other man would’ve been intimidated by her mother or run off by her comments about Dahlia’s commitment issues. Ironic since it was her mother who brought them out in her. Besides, since meeting Rodrigo that day on Miami Beach, she knew in her heart he was the one for her. She firmly believed he was her second chance at love.

“You’re right, it doesn’t,” Dahlia says emphatically. She reaches up and caresses Rodrigo’s stubble that inevitably grows in every afternoon. Her heart skips a beat as she gazes into his dark eyes, and her desire begins to pool in her core. She stopped looking for her mother’s approval a long time ago. No reason why she should care now.

Grabbing his hand, she says, “Come with me.”

Dahlia leads Rodrigo up a wide flight of stairs and through a small photography exhibition with a sleepy guard standing by the entryway. They cross the empty room to an unmarked door. She produces a key card and swipes it.

“How?” Rodrigo begins to ask.

She replies with a wink and closes the door behind them. “This is where they keep the pieces waiting to be sent to the storage facility,” Dahlia whispers as they walk past rows of cloth covered paintings and wooden crates. As they reach the end of the corridor, Dahlia pulls Rodrigo into the last row.

Without hesitating, he draws her mouth to his, their kiss all-consuming. His hot tongue finds hers and takes the kiss so deep it sends electricity through her body. He always knows what she needs in the moment. Today, she wants all of him. She needs his reassurance.