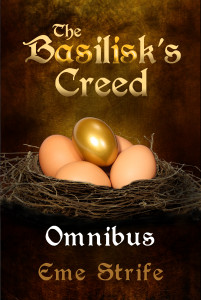 Just as I was about to take a step to walk past him, he stopped me in one effortless motion, cornering me against the pulpit with his arm. I was trapped between the marble podium and his big body. I looked up at him and couldn’t stop myself from admiring how good his suit looked on him up close.

I shook my head in frustration with myself. I really needed to get a grip and stop with all this eye-candy madness.

He spoke again and his voice was calm and quiet this time, gentle even. “I’m sorry for yelling at you earlier, but you, my dear, are trespassing.”

I tried to keep a straight face and not look like I was about to instantaneously combust from his piercing gaze.

“I didn’t know I was. In that case, I’ll be on my way now.” Without looking at him I tried to step forward so he would get the hint that he was overcrowding me and move out of the way.

I looked up at him again, noting his unchanged expression. It looked like I had to be straightforward with this one.

“Can you move so I can get out of your chapel? Seeing as I’m trespassing and all?”

He leaned in a bit more. “What were you doing with the chalice?”

I turned my attention to the object he spoke of and its spilled contents on the floor next to us. I had all but forgotten about it since this fellow stunned me to oblivion.

Okay, whatever. I guess I was a liar. But I wasn’t admitting that to this stranger, no matter how good-looking he was.

I tried to look elsewhere so I wouldn’t focus on how endearing he looked when he smiled.

“I swear that’s what I was doing. Just. Looking.” I tried to sound as sincere and grounded as possible.

He huffed. “And you also just happen to look at things with your lips, right?”

My eyes shot right back to him in shock that he’d been watching me for longer than I had thought.

Oh gosh, did he see all of that? How long was this creeper watching me?

His eyes narrowed at me and he was beginning to scowl again. “You barge onto private property and I’m the creeper?”

“I told you to cut that shit out! Stop reading my thoughts.”

The words escaped me before I could stop myself.

He raised his eyebrow and cocked his head slightly to the side. “I can’t help it.”

I huffed incredulously and put my hands on my hips by force of habit. “Yes, you can. You just don’t want to.”

He decided to counter me. Again. “And you would know that because…?”

I just shook my head. “Look, I don’t have time to argue with you.”

Goodness, was I still dreaming? I needed to wake the hell up then, because I wasn’t really sure where else to go, and I didn’t want to be stuck with Mr. Accusations over here.

I saw a smirk forming at the corner of his mouth. “You don’t like my company, now?”

He may have had the best lips I had ever seen, but I wasn’t going to let him get away with violating my personal space.

“I swear to God, if you invade my thoughts one more time—”

“Settle down, kitten. No need to get hostile.” He seemed to be inching even closer.

I crossed my arms over my chest again, partly in defiance and partly because I was getting nervous again. “You’re the one who won’t move out of my way. And I’m not your kitten.”

He stared at me intently, and suddenly I felt like I was a chihuahua being stalked by a coyote.

I swallowed audibly, and immediately hated myself for showing such obvious fear. He was already pushing me around as it was. All I was doing by my show of fear was encouraging him to keep doing just that. I really needed to not be here right now.

I looked at him in annoyance. “What’s yours?”

He crossed his arms. “I asked you first.”

I felt my brows furrow on their own will. “And I asked you second.”

He cocked his eyebrow. Again. “Wow, you certainly worked up an attitude in the last five seconds.”

The nerve of this guy. I was getting really irritated but I decided to disregard his comment. He wasn’t letting me leave so I figured I might as well be the one asking the questions.

“So where are we anyway? What is this place?”

And what was in that bronze cup?

“You mean the one you tried to drink from?” he smirked again.

I couldn’t stop myself from scoffing. “Are you just trying to be disrespectful?”

“Are you just trying to deter the conversation because you know you were stealing?” he mused.

My eyes widened in disbelief. “Stealing? You have the audacity to simply label me a thief?”

“But you insinuated it.”

He took in a deep, audible breath. I could tell he was irritated as well. Not that I cared.

“I apologize if it came off that way. But if anything, I should be mad at you for trying to take something that wasn’t yours without the permission of the owner. That is the definition of stealing, you know,” he said calmly.

I decided to draw the conversation in the direction that I was more comfortable with—without the negative attention on me.

“So the cup is yours? This is your place? You look a little young to be a priest. No offense.”

“No offense taken. And you presume incorrectly, I’m not a priest.” He chuckled as he added, “Quite the opposite, actually.”

“You’re a cult leader then?” I mocked.

He full on laughed at that. “I suppose you could say that, yes.”

I paled at that statement. I was only kidding. I paused for a bit, unsure of what to say, but didn’t want to seem freaked out beyond measure, especially if he was possibly just pulling my leg. I figured I’d go with it and play along.

He winced a little. “That’s kind of a strong word, don’t you think?”

“You’re not denying it?” I was alarmed now. I’d been having a casual conversation with the devil’s minion? And not only that, I’d been ogling the crap out of his body?

Did I even call him a ‘him’ or an ‘it’? But was he even for real about what he was saying? Maybe he was a liar, too.

“Are you being serious?” I asked, waiting for him to say he wasn’t.

He shrugged slightly. “I’m not a Satanist, but I am what you would call…a soul reaper.”