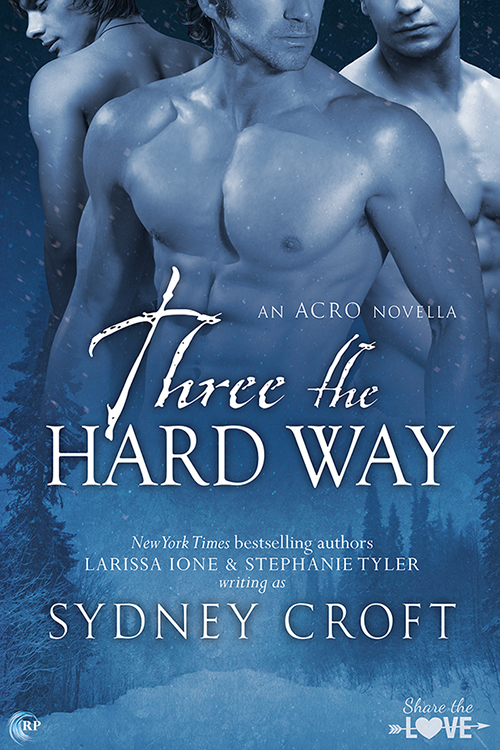 Each year, Riptide Publishing releases a holiday collection in support of an LGBTQ charity. Twenty percent of all proceeds from the  Share the Love collection  will be donated to the  It Gets Better Project.

Larissa and Stephanie live in different states and communicate almost entirely through email, though they often get together for conferences and book signings.

Every comment on this blog tour enters you in a drawing for a $25 Riptide Publishing store credit. Entries close at midnight, Eastern time, on December 7.  Contest is NOT restricted to U.S. entries.

This contest is sponsored by the publisher. This contest is open internationally where not prohibited by law. Open to participants, 18 years or older, who are legally allowed to participate in such a contest as allowed by their local laws. All federal, state, local, and municipal laws and regulations apply. Void where prohibited. No purchase necessary. By participating in the contest, participants agree to be bound by the decisions of the contest sponsor. Prize will be delivered by the publisher. This blog, its reviewers, and the owner are not responsible for items lost in the mail. By entering this giveaway, participants agree to abide by these terms. 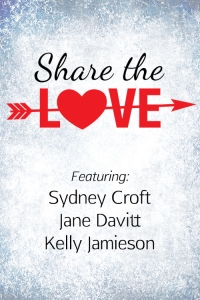 Help us choose a charity!

Every year, Riptide Publishing releases a Holiday charity bundle with themed stories by bestselling authors. Twenty percent of the net proceeds of each bundle goes to a charity that serves the LGBTQ population.

Royalties from Riptide’s 2013 Home for the Holidays charity collection have raised over $14,000 in nine months for the Ali Forney Center, and continue to yield several hundred dollars per month in royalties donations. Our 2014 Share the Love charity collection will be raising money for the It Gets Better Project, and we hope to report even better results than in 2013.

For 2015, the theme will be Holiday Surprises, and we’ll have stories by HelenKay Dimon, Christine d’Abo, and Marie Sexton. But we don’t have a charity yet.

We need YOUR help to choose the 2015 charity. Nominate your favorite LGBTQ charity below and Riptide might choose it as the 2015 Holiday bundle charity!

The chosen charity for 2015 will immediately receive a $5,000 advance against royalties (paid in 2015 on announcement of the award recipient). The charity will continue to receive 20% of all lifetime net sales income from the 2015 holiday charity collection, in the form of a monthly royalty check.

Three honorable mention charities will each receive a $250 donation.

Click here to nominate a charity. Both supporters and representatives of a charity can submit a nomination.