A short scene from Adam’s perspective in the Mindspace Investigations world.

The Twelve Days of Christmas

The apartment building had a tree up, though I’d done my best not to put anything holiday in my apartment—at all—trying to avoid this moment. But it hadn’t worked. It never worked. And here I was, alone with my demons.

The Narcotics Anonymous group had a volunteer day set at the soup kitchen tomorrow morning. It would be a long day of back-breaking labor; with no cooking skills to speak of, I inevitably got put on pot-scrubbing and kitchen-scrubbing duty. That meant I had to sleep tonight. I had to. And I couldn’t get high, no matter how much I ached for it. I’d set this up months ago, knowing that they’d notice if I didn’t show up, and come after me. They’d keep me clean. And New Year’s… well, by New Year’s I’d be happy to be clean, a third New Year’s in a row, a happy day. I tried to think of that. Instead I thought of my mother. 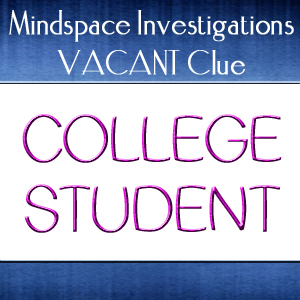 I forced myself up and out of bed, turning on the lights again. I stood, in the small doorway between my tiny bedroom and my tiny apartment living room, standing cold in pajama pants and little else, rubbing my eyes.

It was late, and I was tired. But there was no way I’d sleep like this.

I lit up a cigarette, and got out some paper and a pencil, sitting down on the sofa in front of the coffee table.

I took another drag of the cigarette, and thought, for some reason continuing to write.

I put the pen down. I wanted with all my heart to fall off the planet, to use, to go get my poison and go back to that shimmery place where I didn’t care. There would be somebody who’d sell it to me, even on Christmas Eve after midnight. There’d probably be a lot of someones; the holidays were a bad time for a lot of people.

I sat there a long time, the smoke curling up over my head as I went through one cigarette after another. Then I called, finally, with the last bit of my strength.

“I’m sorry to call so late,” I said. Then a breath, and: “I changed my mind, okay? Can I still come over there tomorrow?”

I calculated how long the soup kitchen would take. “Four?” I asked.

“We’ll see you then.” Then she added, “Merry Christmas, Adam.”

Then she put Swartz on the phone. I took a breath then, a real breath. 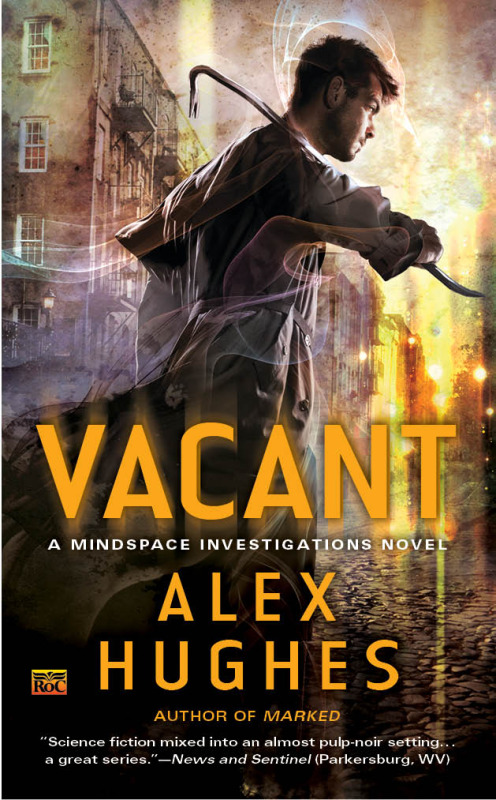 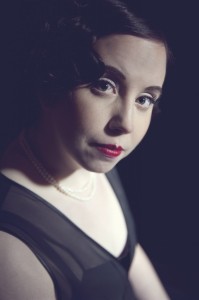 Alex Hughes, the author of the award-winning Mindspace Investigations series from Roc, has lived in the Atlanta area since the age of eight. She is a graduate of the prestigious Odyssey Writing Workshop, and a member of the Science Fiction Writers of America and the International Thriller Writers. Her short fiction has been published in several markets including EveryDay Fiction, Thunder on the Battlefield and White Cat Magazine. She is an avid cook and foodie, a trivia buff, and a science geek, and loves to talk about neuroscience, the Food Network, and writing craft—but not necessarily all at the same time!

In addition to fun blog posts, interviews, and exclusive excerpts, fans will have a chance to solve a mystery during the month-long VACANT blog tour! A “Clue-like” checklist is available to download from the author’s blog, to be marked off as readers visit stops along the tour schedule. Somewhere on participating blog posts will be clues (clearly marked) that will eliminate specific “Location”, “Weapon”, or “Suspect” options. At the end of the tour, a rafflecopter entry form will help Alex choose a grand prize winner amongst all who correctly guess “who dunnit?” based on the remaining options. There will also be individual blog giveaways for print, digital, and audio copies of Mindspace Investigations novels. 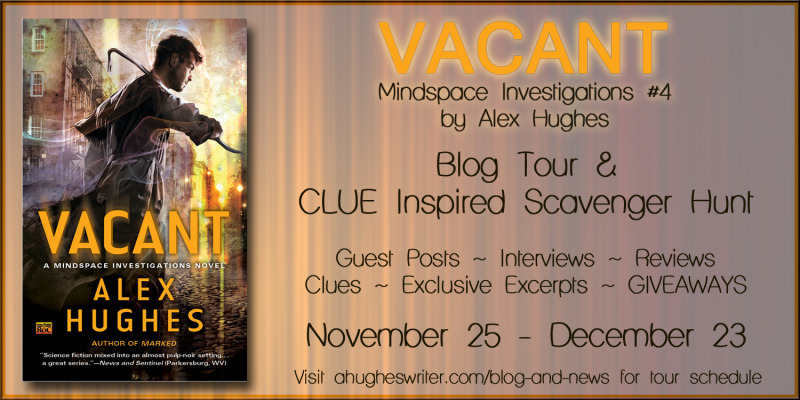 Just like the classic game of CLUE, your job is to try to determine WHO committed a crime, in what SETTING, and with what WEAPON.

In our game to celebrate the release of VACANT, most of the clues will relate to the Mindspace Investigations world and characters.

At participating blog tour stops, you’ll find clues, clearly marked, that you can cross those off your checklist. At the end of the blog tour, you should be able to see who/where/what the culprit is by which items on your list are remaining. To be clear, the clues you FIND are not going to be the winning guesses… you’re trying to determine what is left at the end of the game.

Starting on December 20th, there will be a rafflecopter entry form on Alex Hughes’ blog to make your guess. A grand prize winner will be chosen randomly from the correct entries after the blog tour is over, on December 24th. What’s the prize, you ask?

Winner gets a $25 gift card to Barnes & Noble, a signed copy of Marked, and a character from a future book named after him/her.

So be sure to check out all the stops on the VACANT blog tour and start solving the mystery!

Now, head over the THE BOOK NYMPHO to see today’s feature with Avery Flynn.