Tis the season for celebration!  People are furiously shopping, decorating, and sharing time with family.  Tis also the season for being overwhelmed, overstressed, and in serious need of some ‘reading’ time!!  To help brighten your day Levet decided to write his own Christmas Poem 🙂

Twas the night before Christmas
And all through the night
Were gathered hundreds of demons,
Vampires, Weres, fairies and sprites.
For once there was peace and they were eager to party
A grand event that would celebrate
The end of the slaughter.

When what in the distance
Could be seen flying near?
A miniature gargoyle
Not some stupid reindeer.

Levet flew into the Chicago vampire lair,
His wings quivering with excitement.
He was going to party with his friends
Even if he hadn’t been invited.

With magic to blast open the door,
And his charm as a shield,
He faced the annoyed Styx, Viper, and Dante,
Refusing to yield.

The females all adored him
He was heard to implore,
Toss me out in the snow,
And you’ll be sleeping on the floor.

The vampires conceded defeat
Knowing he was right.
For once Levet was the victor,
Merry Christmas and good night!

I hope that Levet’s poem brought a smile to your face, and since it’s the season to give, I’m offering an ARC of BLOOD ASSASSIN to one lucky reader.  Just tell me your favorite Christmas dessert.  Mine is cheesecake. 🙂 (giveaway details are below)

Out Of The Shadows

At six-foot-three and two-hundred-fifty pounds, Fane is a natural born guardian. A flawless mix of muscled perfection and steely precision, he has devoted years of his life to protecting a beautiful necromancer. But after she found love in the arms of another, Fane has been a warrior adrift. He swears allegiance only to the Sentinels. And no woman will ever rule his heart again. . .

Not only a powerful psychic, Serra is that rare telepath who can connect to minds through objects. When the daughter of a high-blood businessman is kidnapped, Serra agrees to help. But when she stumbles onto a conspiracy involving secrets sects and ancient relics, her life is in mortal danger–and Fane is her only hope. Is the warrior willing to risk his body, his soul, and his heart, for Serra? Or will one last betrayal destroy them both?

Both men turned to discover what had happened.

“Shit,” Fane breathed, a familiar ache settling in the center of his chest at the sight of the beautiful female who sashayed into the room.

Serra Vetrov had the habit of changing the atmosphere in rooms since she’d left the nursery.

Hell, he’d seen men walk into walls and cars drive off the road when she strolled past.

An elegantly tall woman with long, glossy black hair that contrasted with her pale, ivory skin, she had lush curves that she emphasized with her tight leather pants and matching vest that was cut to reveal a jaw-dropping amount of her generous breasts.

Her features were delicately carved.  Her pale green eyes were thickly lashed, her nose narrow and her lips so sensually full they gave the impression of a sex kitten.

Although anyone foolish enough to underestimate her, was in for an unpleasant surprise.

Serra was not only a powerful psychic, but she was a rare telepath who could use objects to connect with the mind of the owner.  Over the years, she’d used her talents more than once to find missing children or to track down violent offenders.

On the darker side, she could also use her skills to force humans, and those high-bloods without mental shields, to see illusions and could even implant memories in the more vulnerable minds.

Still, it wasn’t her dangerous powers that made grown men scramble out of her path.  Serra had a tongue that could flay at a hundred yards and she wasn’t afraid to use it. 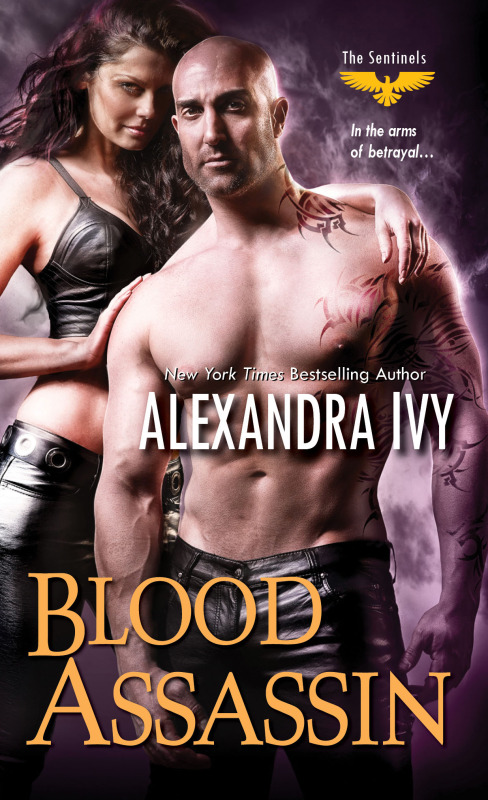 Wolfe sent Fane a mocking smile.  “It appears I’m not the only one who listens to the grapevine.  Good luck, amigo.”

Turning, he strolled toward the cluster of Sentinels who were watching Serra cross the gym like a pack of starving hounds.

Serra kept her head held high and a smile pinned to her lips as she marched past the gaping men.  She was female enough to appreciate being noticed by the opposite sex.  Why not?  But today she barely noticed the audible groans as she took a direct path toward her prey.

She felt a tiny surge of amusement as the thought of Fane being anyone’s prey.

The massive warrior was two hundred fifty pounds of pure muscle and raw male power.  He was also one of the rare few who was completely impervious to her ability to poke around in his mind.

Which was a blessing and a curse.

A blessing because it was impossible for a psychic to completely block out an intimate partner, which was a distraction that would make any lover cringe.  There was nothing quite so demeaning as being in the middle of sex and realize your partner was picturing Angelina Jolie.

And a curse because Fane was about as chatty as a rock.  His feelings were locked down so tight Serra feared that someday they would explode.

And not in a good way.

Or maybe it would be good, she silently told herself, gliding to a halt directly in front of his half-naked form.

There weren’t many things worse than watching all emotions being stripped away as you approached the man you’d loved for the past two decades.

Especially when she was a seething mass of emotions.

She wanted to grab his beautiful face in her hands and kiss him until he melted into a puddle of goo.  No.  She wanted to kick him in the nuts for being such a prick.

Maybe she’d kick him and then kiss it better.

To make matters worse she was on a lust-driven adrenalin high.

Just standing next to his half-naked body coated in sweat made her heart pump and her mouth dry.

God.  She was so fucking pathetic.

Accepting that her companion wasn’t going to break the awkward silence, she tilted her chin up another notch.

Any higher and she was going to be staring at the ceiling.

His dark gaze remained focused on her face, resisting any temptation to glance at her skimpy vest.  Of course, if it hadn’t been for the rare times she’d caught him casting covert glances at her body, she might suspect he hadn’t yet realized she was a woman.

Instead the fear lodged in the pit of her belly made her strike out like a petulant child.

He gave a slow dip of his head.  “I’m returning to Tibet.”

The fear began to spread through her body, her hands clenching at her sides.  “Did you ever intend to tell me?”

Oh yeah.  He was definitely getting kicked in the nuts.

He remained stoic.  Unmoved by her anger.  “What do you want from me?”

She lowered her voice.  It wasn’t that she gave a shit that they had an audience.  Living in Valhalla meant that privacy was a rare commodity.  But she had some pride, dammit.  She didn’t want them to hear her beg.

Something flared through the dark eyes.  Something that sliced through her heart like a dagger.

“It’s impossible,” he rasped.  “I’ll always care for you, Serra, but not in the way you need.” 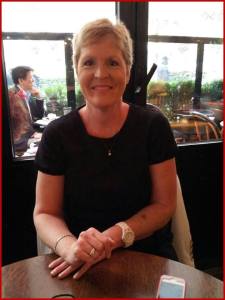 Alexandra Ivy is a New York Times and USA Today bestselling author of the Guardians of Eternity series, as well as the Sentinels and Bayou Heat that she writes with Laura Wright.  After majoring in theatre she decided she prefers to bring her characters to life on paper rather than stage.  She lives in Missouri with her family. Visit her website at alexandraivy.com.
FACEBOOK:  https://www.facebook.com/alexandraivyfanpage
TWITTER:  https://twitter.com/AlexandraIvy
WEBSITE:  www.alexandraivy.com

Alexandra is generously giving away one ARC copy of Blood Assassin to one (1) lucky commenter. To enter, please fill out the Rafflecopter form AND tell us your favorite Christmas (holiday) dessert. The giveaway is open during the time specified on the Rafflecopter forms. Winner(s) chosen at random from all eligible entries. This contest is open to U.S. mailing addresses only, where not prohibited by law. Open to participants, 18 years or older, who are legally allowed to participate in such a contest as allowed by their local laws. All federal, state, local, and municipal laws and regulations apply. Void where prohibited. No purchase necessary. By participating in the contest, participants agree to be bound by the decisions of the contest sponsor. Prize will be delivered by the author. This blog, its reviewers, and the owner are not responsible for items lost in the mail. By entering this giveaway, participants agree to abide by these terms.

Now, head over the THE BOOK NYMPHO to see today’s feature with Julie Ann Walker.