Thanks so much for having me! For Mistletoe Madness, I wrote up a special holiday scene from my Norse mythology-based Twilight of the Gods series…

Christian stepped outside of the hall to catch a breath of fresh air. Lois was in charge of preparing the place for the Yule celebration and she took her job very seriously. She’d recruited a dozen men, including him, to move benches and tables. Today, they did the grunt work. Tomorrow, Lois would work her magic, transforming the sprigs of live holly and ivy into vines that would cover the posts and rafters. She’d create an intricate network of glamour to conceal the fact that the clan was gathering in a building that looked more like a VFW than an Æsir hall. By the time she was through, crossing over the threshold would be like stepping into Valhalla, with a Yule log burning in the center pit and the tables bowing beneath the weight of food and drink. As much as Christian hated the preparation, the finished product always made him feel like a child again. Besides, this was his first Yule with Jacey and he wanted it to be perfect.

The metal door swung open behind him and Fen stepped outside. “There you are. I thought you’d made a break for it.”

“I just needed a minute to think.”

Fen leaned back against the brick wall. “About?”

“I haven’t gotten Jacey a gift yet, and she’ll expect one. She grew up celebrating Christmas, and I don’t want her to feel like she’s missing out.”

“Her mom’s coming next week, isn’t she? You can always do the whole Christmas thing then.”

The upcoming visit from Jacey’s mother was another worry, but it was one he could set aside for now. “I still want to give Jacey a gift. Something special. Are you getting anything for Raquel?”

“We’re having our first night alone in the house since we were married. Getting that Vanir witch moved out is the only gift we need.”

“I got the Vanir witch out of your house.”

“And we thank you for that.”  Fen looked at him with a questioning tilt to his head. It reminded Christian of the way Fen moved when he was in his hound form. “Do you have any ideas?”

He pulled a folded slip of paper from his pocket.  “I started a list.”

Fen took the paper and unfolded it. “A new coat? Does she need a new coat?”

“The one she has is gods-awful.”

“I’ve never noticed anything wrong with it.”

“It’s mustard brown and hangs down to her knees. I was thinking leather. William said he could make it if I could get her measurements, but I can’t figure out how to do that without making her suspicious.”

“Oh ye of little imagination.” Fen looked down at the list again. “The reading charm would be nice if you don’t want to see her for the next couple of months.”

Jacey wanted to study the old texts in the vault below the library, especially the ones that’d come over from Asgard. But Fen was right. If he had Raquel work a charm to allow Jacey to read the runes, he wouldn’t see her again ‘til spring. “Maybe I’ll hold off on the charm.”

“But she’d probably rather choose her own.”

Fen’s brows climbed to his hairline when he got to the next item. “A jötunn corpse?”

“She’s been asking me to get her one to dissect. Too practical?”

“Too gross.” Fen’s eyes glittered with amusement. “If you want practical, you’d be better off getting her a vacuum.”

Christian ran a hand through his hair. “I’m thinking too small, aren’t I? She likes magic. I should get her something magical.”

Fen shook his head. “Honestly? I don’t think you need to get her anything at all. She’s happy here, Christian. Anyone can see that. You don’t have to bribe her to stay.”

“Hard to top the last present you gave her.” Fen slapped the list against Christian’s chest, and he caught it before it fell to the snow-covered asphalt. “You should have started with something smaller. How about an engagement ring? That’s pretty magical. You still have the one you gave Raquel, don’t you?”

“It’s a family heirloom. Of course I have it.”

Christian looked down at the list, the words blurring a bit as he considered the suggestion. It wasn’t like he hadn’t given a lot of thought to the idea already.

The image settled in his mind—him and Jacey under the mistletoe, surrounded by firelight, magic and family. She might think he was moving things along too quickly, but he knew what he wanted. And he knew why he was having trouble picking something from the list. He didn’t just want to give Jacey something. He wanted to give her everything.

A ring would be a good start.

Releasing a breath that frosted in the chill air, Christian dropped the list in the trashcan beside the door. When Fen grinned, Christian scowled at his friend. “You don’t have to look so smug about it.” 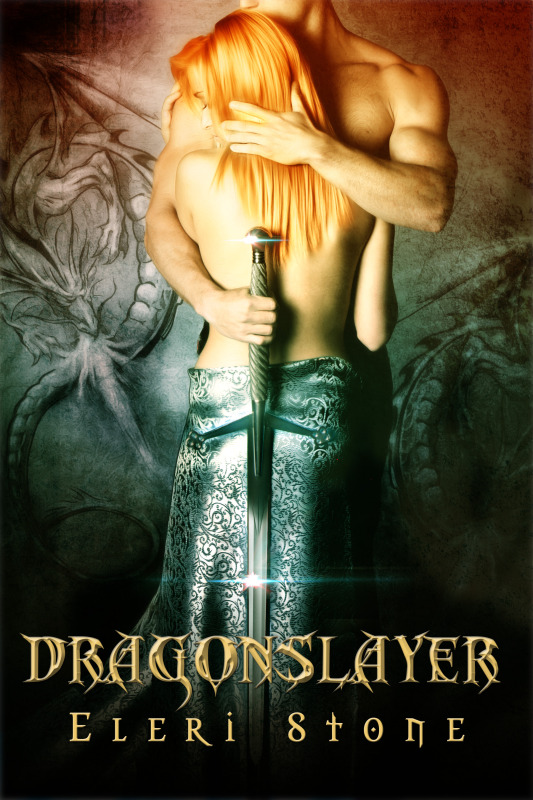 One year after his bride left him at the altar for his best man, Christian Jager is stuck in a rut. Working at the local co-op, dating the same handful of women he’s known since childhood, riding with the wild hunt twice a month to keep the jötnar who destroyed Asgard from invading earth.

He wants something more, but he’s not quite sure what it is until Jacey Morgan blows into his life like a breath of fresh air. A wildlife biologist who’s come to Ragnarok to investigate rumors of a strange predator in the area, she’s also a native Midgardian who can’t ever learn the truth about Christian or his clan. His job is to distract her and get her the Hel out of town as quickly as possible so the Æsir can take care of the problem themselves.

Jacey wants the case wrapped up quickly too, and she’s not about to get distracted by the sinfully sexy man who’s so unexpectedly determined to help. With a new degree and a plan to get out of Iowa, she’s ready to move on to bigger and better things… A dragon isn’t quite what she had in mind. 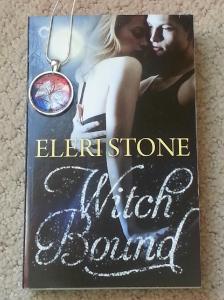 Eleri is generously donating a signed copy of Witch Bound and an Yggdrasil necklace to one (1) lucky commenter. To enter, please fill out the Rafflecopter form AND leave a comment at the end of this post telling us one of the best holiday gifts you’ve given to another. The giveaway is open during the time specified on the Rafflecopter form. Winner(s) chosen at random from all eligible entries. This contest is open to US and Canadian residents only, where not prohibited by law. Open to participants, 18 years or older, who are legally allowed to participate in such a contest as allowed by their local laws. All federal, state, local, and municipal laws and regulations apply. Void where prohibited. No purchase necessary. By participating in the contest, participants agree to be bound by the decisions of the contest sponsor. Prize will be delivered by the author. This blog, its reviewers, and the owner are not responsible for items lost in the mail. By entering this giveaway, participants agree to abide by these terms.

Now, head over the THE BOOK NYMPHO to see today’s feature with Mandy Baxter.