Today Nalini is sharing an excerpt from Secrets at Midnight

Bastien took the seat right next to Kirby when it was time to eat, his arm along the back of her chair and his eyes on her profile.

Flustered, she said, “You’re staring.” Like he wanted to take a big greedy bite out of her, his eyes an impossibly vivid and primal green shade that told her it wasn’t only the human part of him that watched her.

“Hmm.” A rumbling sound that made her want to press her hand to his chest, feel the vibration of it. “Eat.” He picked up her spoon, dipped it into the soup, brought it to her lips. “I want you healthy for all the debauched things I plan to talk you into later tonight.”

The rough warmth of his other hand curving around her nape stole the words on her tongue. All her life, she’d ached for contact with another living being, hungered to touch and be touched. The lack of tactile contact in her life hurt.

As a child in the foster care system, she’d had few choices; it should’ve been different for the adult she’d become, but despite her need, Kirby couldn’t imagine being with someone without bonds of affection, of care.  However building those bonds was incredibly difficult for her after a lifetime of not belonging to anyone.

Then had come Bastien.

“Hey.” The spoon clinking back into the bowl, knuckles running over her cheek. “I didn’t mean to make you uncomfortable.”

That voice, a low, deep purr that stroked over her skin.

“You didn’t,” she answered, her own voice husky. “I’m just not used to . . .” Being so wanted. No one in her life had ever pursued her as Bastien was doing, ever cared enough to get her soup when she was sick, much less touch her with any kind of tenderness.

“To a bad-mannered cat?” he said, the thumb of the hand he had around her nape stroking over her pulse point. “I bring you soup then don’t let you eat it.” The heat of him a dark kiss, he picked up the spoon again. “Let me make up for it.”

Stomach fluttering at the coaxing words, she parted her lips to say what, she didn’t know, and he slipped the spoon inside. And somehow—Kirby wasn’t sure quite how—she ended up in his lap, one of his hands splayed on her lower back, his shoulders heavy with muscle under her arm and his thighs rock hard below her.

When she belatedly realized where she was and made to get off, he playfully threatened to sulk . . . then fed her more soup. All the while verbally petting her with affectionate, sexy words that, for the first time in her life, made her feel intoxicatingly sensual, a beautiful woman.

“You haven’t eaten,” she said afterward, warm and full and aroused on the innermost level.

He nipped at her lower lip in a startling contact that nonetheless wasn’t unwelcome, his thighs shifting under her body as one of his hands squeezed the curve of her hip. “I plan to nibble on you.” 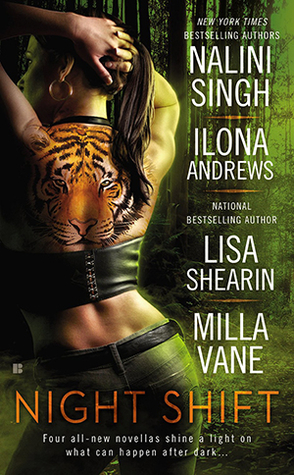 Four masters of urban fantasy and paranormal romance plunge readers into the dangerous, captivating world unearthed beyond the dark…

New York Times bestselling author Nalini Singh delivers a smoldering story with Secrets at Midnight, as the scent of Bastien Smith’s elusive lover ignites a possessiveness in him that’s as feral as it is ecstatic. And now that he’s found his mate, he’ll do anything to keep her.

From Milla Vane—a warrior princess must tame The Beast of Blackmoor to earn a place among her people. But she quickly discovers that the beast isn’t a monster, but a barbarian warrior who intends to do some taming himself.

It’s seer Makenna Frazier’s first day on the job at Supernatural Protection and Investigations, and her first assignment is more than she bargained for when bodyguard duty for a leprechaun prince’s bachelor party goes every which way but right in national bestselling author Lisa Shearin’s Lucky Charms. 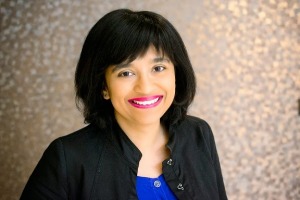 I was born in Fiji and raised in New Zealand. I also spent three years living and working in Japan, during which time I took the chance to travel around Asia. I’m back in New Zealand now, but I’m always plotting new trips. If you’d like to see some of my travel snapshots, have a look at the Travel Diary page (updated frequently).

So far, I’ve worked as a lawyer, a librarian, a candy factory general hand, a bank temp and an English teacher and not necessarily in that order. Some might call that inconsistency but I call it grist for the writer’s mill.

Nalini is generously donating a paperback copy of The Magical Christmas Cat to one (1) lucky commenter. To enter, please fill out the Rafflecopter form AND leave a comment at the end of this post telling us your favorite type of shifter. The giveaway is open during the time specified on the Rafflecopter forms. Winner(s) chosen at random from all eligible entries. This contest is open internationally, where not prohibited by law. Open to participants, 18 years or older, who are legally allowed to participate in such a contest as allowed by their local laws. All federal, state, local, and municipal laws and regulations apply. Void where prohibited. No purchase necessary. By participating in the contest, participants agree to be bound by the decisions of the contest sponsor. Prize will be delivered by the author. This blog, its reviewers, and the owner are not responsible for items lost in the mail. By entering this giveaway, participants agree to abide by these terms.

Now, head over the THE BOOK NYMPHO to see today’s feature with Kristen Painter.