So what would I like for Christmas? Apart from world peace and a cure for cancer? Let me share…

If someone was murdered just before Christmas, it would be awful, right? An unbelievable tragedy. But if that someone was the lowest form of life possible, a someone who put drugs on our streets or exploited women and children – ah, yes, you’re getting my drift. It’s not such a tragedy now, is it? In fact, some might go so far as to call it a blessing.

(Believe it or not, I’m actually a peace-loving soul. It’s just that Christmas brings out the worst in me.)

That’s the first part of my Christmas wish. The second part would be for someone to pay me mega bucks to investigate said murder. I can see a possible flaw here because anyone who cared about the murder of a lowlife might be the type who had a penchant for hacking off the fingers – or worse – of anyone who got on the wrong side of them. It’s a risk I’m willing to take though.

The final part of my Christmas wish would be for said murder to take place in Russia. I can already picture myself being flown – first class, of course – into Moscow where my luxury hotel would be the ideal place from which to start my investigation.

Currently, my home resembles a cross between a Buddhist temple and Santa’s Grotto. My mother (I love the aging hippy dearly but there are times when I wish she was some other bloke’s responsibility) is doing her utmost to cram my house with lights, mood crystals, scented candles and paths to personal enlightenment. My kids – well, Luke really because Freya’s too young to care one way or the other – love everything about the festive season. Luke’s friends have practically moved in to witness the behaviour of the “coolest grandmother ever” and it’s getting impossible to move for sullen, gangly teenage boys. Fairytale of New York (great song) or Happy Christmas Everyone (not such a great song) blast out and shake the walls. A huge Santa in the hallway says “Ho, ho, ho” in a somewhat menacing way every time someone ventures within a yard of it. (His batteries will soon be going to that great battery graveyard in the sky.) A huge tree is bowing under the weight of a million lights and baubles, and I’m beginning to wonder if enough whisky has been distilled to get me through the nightmare that is Christmas.

As the days tick by, I long for the call. Please, put me on that plane – first class, of course – to Russia.

Why Russia? Because they celebrate Christmas on January 7. I could fly out now, return early in the new year and miss the whole nightmare.

So if you need a private investigator for a job in Russia, I’m your man. As for the mega bucks, I’m happy to negotiate. Hell, for the chance of missing Christmas, I’ll even fly sardine class.

Meanwhile, I wish you and your loved ones a happy, peaceful and safe Christmas. 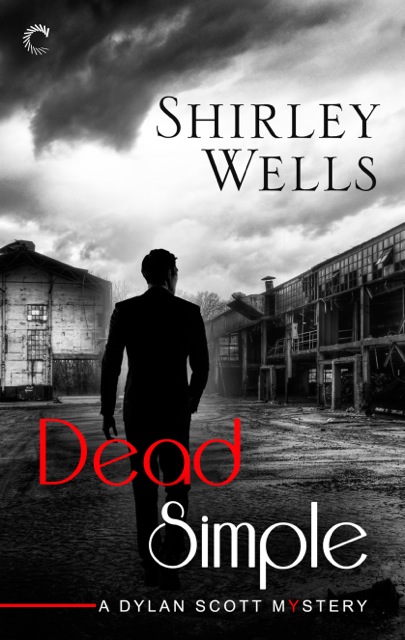 Private investigator Dylan Scott is struggling to come to terms with the death of his wife. He has to cope for the sake of his two children, though it’s easier to blame himself for her death and take comfort in a bottle of whisky.

When he hears that the man who helped him solve his first case has been killed in Dawson’s Clough, Dylan finds a new purpose and vows to put all his energy into finding justice for him. Who would have a motive to kill a kind man like Simple Stevie? As it turns out, everyone.

Dylan’s hunch is that Stevie must have snapped a photo of the wrong person, doing something they want erased, so he focuses his investigation on the town’s residents. But Dylan’s worst fears are realized when he again finds his own family in the crosshairs.

Shirley is generously donating a $25 [UK] Amazon GC + 2 digital copies of Dead Simple. There are three (3) winners. To enter, please fill out the Rafflecopter form AND leave a comment at the end of this post telling us one of your holiday wishes. This contest is open internationally, where not prohibited. The giveaway is open during the time specified on the Rafflecopter form. Winner(s) chosen at random from all eligible entries. This contest is open where not prohibited by law. Open to participants, 18 years or older, who are legally allowed to participate in such a contest as allowed by their local laws. All federal, state, local, and municipal laws and regulations apply. Void where prohibited. No purchase necessary. By participating in the contest, participants agree to be bound by the decisions of the contest sponsor. Prize will be delivered by the author. This blog, its reviewers, and the owner are not responsible for items lost in the mail. By entering this giveaway, participants agree to abide by these terms.

Now, head over the THE BOOK NYMPHO to see today’s feature with Kat & Stone Bastion.