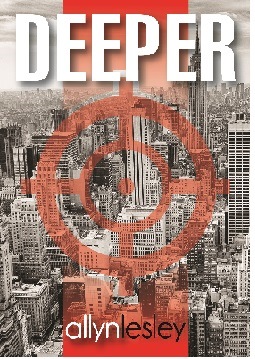 No more than thirteen years old, a girl in hand-me downs and ill-fitting shoes stomped down the sidewalk. Everywhere her plain brown eyes landed was brokenness.

The row houses that made up her run-down neighborhood were broken.

The few cars parked along the curb belonging to people who used the vehicles as temporary shelters when they couldn’t afford the rent were broken.

And the neighbors. The neighbors were the worst. Their entire beings were broken. Their minds crumbled by choices they were pushed by life to make. Their physical beings aged prematurely by lack of access to quality food choices. Their psyches irreparably damaged being birthed to parents who were stuck in a generational cycle they didn’t have the tools to break through.

Everyone who lived in this part of town were broken.

And what did brokenness lead to?

Without a backward glance, she ran from the home where just weeks ago she found her parents with their mouths agape, forearms corded off, and needles sticking from their veins.

She ran from her brokenness.

The teen rounded a corner and slowed her pace to a cool, unaffected gait and approached the men who were huddled together. This was the place–the corner–in Lower Manhattan to get the best drugs, everybody knew that—addict or not.

The teen gripped the crumbled money in her pocket, a gift from the police officer who felt the need to check on what was left of her family from time to time. With a kind smile that reached his violet-colored eyes he’d told her to buy something just for her. Maybe he thought she’d treat herself to some earrings or her favorite ice cream—little kid stuff—but she had lost her childhood a long, long time ago.

Around her men and women with sunken, scabbed-over cheeks from picking at non-existent wounds and scraggly-looking hats covering limp hair became the norm in the broken neighborhood. The little girl stuck out like a sore thumb but had no intention of remaining an ‘other’ any longer; too curious to experience the euphoric smile she saw on the faces of her neighbors, her deceased parents, and sibling.

“You got anything?” she muttered to no one in particular.

“You lost, kid?” the young man in the center of the group asked, snickering to his companions. He scrutinized the freckles that littered the bridge of the girl’s nose and spread to the apples of her round face. “Hand to God. I swear I’ve seen your face before.”

Before their deaths, images of the girl’s parents’ faces hung in neighborhood stores identifying them as regular shoplifters. They had been arrested so many times they were on a first-name basis with their arresting officers.

With her face blazing in embarrassment, the little girl toed the cracked pavement. “I want your best.” Her words came out low and stammering.

She wasn’t a kid, and she planned to prove it. “I want the best you have.” She shoved the formerly crisp bills into his face.

One response to “Sunday Snippet: Deeper by Allyn Lesley”