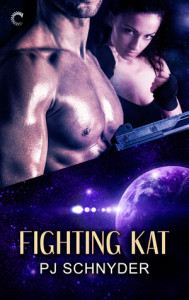 “Yay!” Skuld clapped her hands together and, yup, bounced.

Amazing how she managed to poing in magnetized ship boots.

Kaitlyn had to climb one of the larger shelving racks and peer behind a large storage crate to find Chester’s hidey spot.  His cache was a pile of small treasures.  Heck, Skuld’s missing sex toy was a tiny, hide it in your palm plaything.  Otherwise, the ferret wouldn’t have been able to lift it and scamper off with it.  Chester sniffed her hand and gave her his sad face as she snagged the little battery operated buddy.

She lifted her lip in a silent snarl.  He slumped and got even sadder, dropping his head to the ground and craning to look up at her from the submissive position.

“Anything else up there?” Skuld didn’t join her up on the rack.  It wasn’t spec’d out to take the weight of both of them in addition to the crates already stacked there.

“Nothing in here belongs to him.”  Kaitlyn grumbled as she stirred the little pile with a finger.  “Most of it’s been nicked from your room.”

A random hair tie, a stylus, an itty bitty flashlight.  Kaitlyn took another look.  Hell, there were a few of her items too.  A tiny stone she kept to put an edge on her smaller throwing knives, a sharpened spike she kept in her ponytail as an extra throwing weapon, a pair of her medical gloves and a small square of cotton spotted with a drop of her blood were carefully tucked away.

“Skuld, if you want it back, give me a clipping of your hair.”

Even Skuld, with as sweet a disposition as she had, didn’t spoil Chester.  He wasn’t to be rewarded for taking things that weren’t his.  But he also had been known to scamper around with his purloined items and Skuld was weighing the chances of a soldier seeing Chester with a freshly stolen “prize” as he moved his discovered cache to a new “safe” location.

Chester circled his cache once and then approached her and nuzzled her cheek.

“Yeah, yeah.  Don’t get too confident, tube rat.  This was a special situation.”

Chester squeaked, his nose twitching as he picked up the scent Kaitlyn already had.

As they stepped into the corridor, Kaitlyn scooped up Chester and handed him to Skuld.  “Zip him up.”

Still bubbling gratitudes, Skuld did as asked.  “Really, I would have died if one of the soldiers had seen it out in the open.”

“It’s found, we’re good.”  Kaitlyn needed to wrap this session of TMI up in about a minute.

“I really should replace it, but it’s such a powerful gadget with five speed settings and it uses a relatively small power source.”

And… now they were out of time.

“Sounds efficient.”  Tracer came around the corner with his dog at his heel.

Kaitlyn watched as the big German Shepherd Dog spent a moment interested in Chester.  Again, she placed herself between the dog and Skuld, drawing his attention to her.

“I’d be interested in learning more about your friend, here, Tracer.” Better to change the topic before Skuld died of embarrassment. Lucky the toy was a discretely concealable kind of thing.

Skuld gave her a smile full of thanks.

Yeah, at the rate they were going, Kaitlyn would never get the sleep she very much wanted to find.  The driving need to find Rygard hasn’t eased and neither had the imperative to be as fit for duty as possible when the time came.

“Yes.  How did you get Max?” Skuld clasped her hands behind her back and took up the line of inquiry.

The pheromones coming from both of them were going to gag Kaitlyn.  When it came to chemistry, she wondered how humans could possibly miss it.

Tracer ran a hand through his close cropped hair.  The gesture suggested he was used to a longer length and Kaitlyn guessed he’d gone to a barber very recently.  “Actually, it wasn’t so much me getting Max.  He chose me.”

“The Kx9 breeds are genetically enhanced.”  Tracer reached down to rub his dog’s ears.  He didn’t have to reach far.  “Breeders could only do so much to increase speed and size.  We needed dogs who could understand living in space.  They had to be more intelligent than the original breeds, as smart as those were.  Max’s training isn’t limited to a set of learned behaviors based on commands.  He understands a lot more.”

“Wow.” Skuld was suitably impressed.  Chester squeaked in response.   She gave him a pat of reassurance.  “Don’t worry, Chester, you’re super smart too.”

Kaitlyn didn’t miss the way Tracer’s eyes fell to Skuld’s generous bosom.  Considering Chester tucked into the front of Skuld’s ship suit, Kaitlyn decided to give the man a break.  It was damned hard not to look — either because of the ferret or because of Skuld’s charms.

“Chester’s a fast learner.” Skuld was incredibly loyal, not just to her pet.  “Katy’s published scientific articles on how quickly he learns behaviors.”

Ah well, mercenaries specialized in earning creds.  Kaitlyn had completed her basic and graduate degrees remotely and set up her own research to keep creds trickling in between missions.  Working with Chester had actually gained quite a bit of attention in certain audiences, especially once Boggle had taken over promoting her articles in the correct academic and animal lover circles.

“Would you be interested in seeing how Chester works with Max?”  Tracer mad the offer sound simple.  As far as Kaitlyn was concerned, it’d have to involve a crowd.  “It looks like we’ll be working together planet side anyway.”

Normally Kaitlyn worked solo and she liked it that way.  Alone, she had the freedom to shift to panther form if needed, based on the terrain and the nature of any adversaries she encountered.  For this mission, she was going to have to be especially sneaky about it.  She wouldn’t shift directly in front of a soldier if she could help it.

If it couldn’t be helped, well, she’d worry about that when the time came.  Rygard deserved her best.

“What do you think, Katy?”  Skuld’s question brought her back to the proposal at hand.

Studying Max, she got the distinct impression he was waiting for her answer too.  Head skewed to the side, the dog let the tip of his tongue show and the end of his tail brushed the corridor floor once.

“Fine.” She spoke directly to Max, since she hadn’t decided if she more than tolerated the handler.  “We’ll give it a try but you have to promise Chester is safe.”

But it was Max who rose to walk the few steps separating them, sitting directly in front of Kaitlyn and offering up a paw.

Okay.  She’d admit it.  She was dying to know what else this dog could do.

For the time being, she shook on their bargain and wondered if she should have set any other prerequisites.