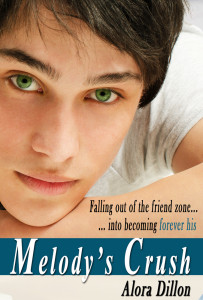 Even though I recognized the voice, my body did an involuntary jerk causing my eyes to fly open. Kyle was standing in front of me, his chin dipped downward with the corners of his lips tugging into a knowing smile.

“What do you care?” I retorted sourly. I definitely was not in the mood for his harassing. Being one of the reasons for all this, I could just strangle him.

“I don’t,” he said shrugging his shoulders as he moved nonchalantly back to the bed where the indention of his body still lay.

What the heck? Was he sleeping in my bed?

“Have you been sleeping in my bed?” I asked my voice tainted with disbelief.

“Why yes Goldilocks, I have. Right after eating all your porridge.” His eyes narrowed as he kicked up a long leg dramatically allowing his body to fall back to bounce on the mattress.

His arms rose as he locked his hands behind his head, his elbows pointing out to the sides. Cocking an eyebrow, he exaggerated crossing his ankles and wiggling his bared toes while giving his best smug expression.

I don’t know what came over me, but within a two nanosecond crack in the time continuum, my ass flew to the bed, claws out with teeth gnashing.

He must have been expecting it because his hands were up and out, his fingers laced with mine as he held off my attack by locking his elbows, keeping me at arm’s length.

“Whoa hoa there missy,” he said with a playfulness in his tone.

Our arms wobbled in competition. All of a sudden, his face broke out into the biggest smile I had ever seen on him as laughter rumbled from his chest. Spurring me further, I pushed with all my weight trying to get his arms to fold but he continued to hold me off, laughing nonstop.

From somewhere deep within me, I felt laughter gurgling as I broke into a smile. I was determined to win. Sticking my tongue out, I clamped it between my teeth as I danced left and right with my arms, but he seemed to know my every move preventing me from getting the upper hand.

Narrowing my eyes, instead of pushing, I opened my arms wide, twisted my wrists up causing his fingers to let go and spun around so my back fell on his chest landing in a thud which knocked the air right out of him. The gasping and coughing in my hair caused me to laugh in victory. However, it was short lived when two powerful arms locked tight around the front of my body preventing me from getting up. Legs wrapped around my thighs holding them down leaving me as one heck of a surprised prisoner.

Eyes wide, I felt his body shift and before I knew it, he had rolled over, my cheek planted face down on the mattress, my arms pinned under me as his weight prevented me from moving. Somehow, he was able to get his arms free out from underneath our combined weight and I felt fingers gently jabbing into the sensitive parts at my sides causing me to laugh uncontrollably. He continued with the torture until my feet were kicking in protest begging him to stop.

He laughed at my surrendering plea and thankfully stopped his torture. But he didn’t lift his weight completely. Instead, he relaxed causing all of his body to go limp, his cheek pressed against mine as we both labored to get our breathing under control.

Through fish lips, I asked, “Kwan wu ge off we?”

He lifted his head to look down at me, “What?”

Ahhhh… my face! He smushed my face!

Putting a hand on either side of me he pushed off and I was finally able to take in a much needed breath. I felt like a blowup mattress that had all the air pressed out of it. Not moving, I allowed my body some time to reinflate!

Mental note. No horse playing with Kyle. He wins.

Surprising, Kyle’s hand pressed against my thigh as he rocked my hips before gently popping me a few times. “Come on,” he said. “Get up,” as if I was a sibling he was talking to.

Great… he was another one of those! See Jake, I was right!

Letting out a long breath, I rolled over onto my back and stared at the ceiling. My breath was slowly coming back to normal and my heart beat was somewhat under control. However, for some reason it continued to skip.

I shook my head yes. I did feel better. All the pent up frustration and disappointment that I had from just moments earlier was slowly ebbing.

“Don’t say thank you or anything.”

I cast my eyes at him sideways as he was looking down at me waiting.

Rolling my eyes, reluctantly I said, “Thank you.”

However, I was thankful. Kyle somehow had a way of making me feel better in pretty much everything for the past few hours. And I was supposed to despise him!

My eyes were back to him. “What do you mean ‘your plan’?”

“To make him jealous.”

I shook my head in confusion as my brows pinched together.

“You know, it’s pretty obvious your Jakey Pooh likes you,” his voice teasing.

I looked at him as if he were a patient from a mental institution.

“All I did was give him a little push,” he said seeming proud of his deed.

I take it back. He didn’t make me feel better!

His eyes narrowed, “And you’re delusional.”

“What is that supposed to mean?” I sat up readying myself to leave the room if need be.

“Should I get the dictionary out or dumb it down for you?”

I snapped my head back blinking in disbelief.

Did Kyle just call me stupid?

“Look. All I know is I know a lot more about… this… than you do.” His finger drew an imaginary circle in front of him.

I couldn’t believe my ears. First Jake and now Kyle. Did they really see me as that naïve about… this?

Blushing, I looked down at my toes peeking out from my sandals.

“So. What happened?” he urged.

“I don’t want to talk about it,” I said standing up to move toward the bedroom door.

Creaking sounds coming from the bed meant he was up too.

“I’m your husband,” he said behind me. “I’m supposed to be your sounding board when you want to talk about your adulterous affair.”

I snapped my head around intending to glare at him, but my forehead bumped into his chest. Stepping back a few steps, I rubbed the spot where our bodies had connected.

“Did he kiss you?” he said while chuckling.

My cheeks burned giving me away. Quickly, I looked back down at my toes.

“Ahhhh. That dog,” he said with an approving tone.