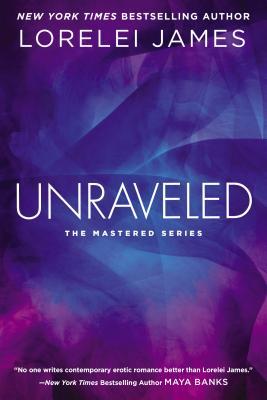 Shiori and Knox. *fans self* Perfectly balanced story. Humor, D/s, and watching a relationship have *normal* (sort-of) problems and fabulous resolutions…with super hot sexy times. It felt as though I was a voyeur watching all the things going on with Shiori & Knox. The intimacy of their relationship was intense, and beautiful.

One of the things that struck me about Shiori and Knox was the need that drove them both into their relationship. It was never casual for either of them from the beginning. It was planned and purposeful. Borne of Shiori’s desire for affection, and Knox’s unknown need for submission, the couple melded immediately into an unbreakable bond. Don’t get me wrong, there was playfulness—Ob-Knox-ious and She-Cat or Shitake—yet, through the entire title the warmth and desire between the couple was palpable. The way they argued, and missed it when they weren’t volleying back and forth. For me, that was important and a very telling point about them as a couple. They weren’t all lovey-dovey every second. They tried to maintain a façade of normalcy, keeping their relationship under wraps for a while—until they figured out what was really going on between them. In a workplace romance, that’s kind of important, in my opinion. This one tiny detail made the story more real and believable for me.

Knox, in his leadership role at the dojo, was technically Shiori’s boss by day. However, the power shift in the relationship transferred to Mistress B—Shiori—in the bedroom. Again, a realistic portrayal of a D/s relationship. Not one person holds all the power. It’s clearly delineated in the terms of their relationship. And while we might want to talk about relationships being a natural outgrowth of two people learning about one another, there’s always terms, whether we call them that, or not. Everyone plays a role in a relationship. It’s that natural give-and-take that makes a balanced couple with staying power. Shiori and Knox are, by far, one of the best examples of a realistic D/s relationship that I’ve read to-date. In reality, they’re partners. Each has their strengths and weaknesses, and the other doesn’t exploit them to their benefit.

What I find fascinating is that Shiori is a Domme. She’s a powerhouse in the business world, and is of importance in Okada Foods, her family business. Getting to know her in Unraveled, the third full-length title in The Mastered series, was a pleasure. With all expected of her professionally, it was rather interesting to find that she wanted control in the bedroom, as well as most other aspects of her life. After learning about her previous marriage, however, it isn’t surprising that she would want to be in control of her own sexuality when it was suppressed during that relationship. Shiori is actually a wonderful role model for women across the globe. She has it all, on the surface, but she isn’t willing to settle for just any relationship. The fact that she requires affection, first and foremost, from a relationship speaks volumes about her as a person. As humans, one of our basic needs is affection. It takes some of us a lifetime to realize without having that most basic need met, we are incomplete. While affection can look vastly different for each person, Shiori was self-aware enough to know what she needed, and demanded it from Knox. Even if she initially used her role as Domme to have her needs met.

Knox was a curious creature for me, as a reader. This was my first instance reading about a FemDomme relationship, and Knox would never have been on my radar as a submissive. Ever. Based on what we learned about him in the first two titles in the series, he seemed Alpha enough in the dojo to carry that aspect of his personality into his personal life. I enjoyed watching him awaken, and settle into his role as Shiori’s submissive. Once he realized he always held the power in the relationship, I think his need for Shiori increased ten-fold. Not just in a sexual way, either. Shiori identified this about Knox early on:

“…He’s the type of man who once he stakes his claim, he’ll do anything to protect and defend it.”

Living and working in a still male-dominated world, I sometimes take offense to men that feel they need to be the knight in shining armor. That I’m merely a damsel in distress, and can’t take care of myself. To be honest, one of the main reasons I connected with Unraveled instantly was because of Knox’s Alpha-ness, coupled with his soft side—and his willingness to even out things between him and Shiori. Ceding control in the bedroom was something I’d never expected. But, it makes sense. It’s an ultimate display of trust to gift someone with control without question. And, in doing so, I think Knox received something much larger than learning he was a switch or submissive. He learned about balance.

The main reason I read romance subgenres is to escape. Sometimes, however, the messages and themes carried in a book resonate on a personal level. Unraveled definitely made me think and reflect. Any time I can connect with multiple characters, I find myself engrossed in a story, but when I’m catching myself comparing concepts to my own life and relationships—added bonus.

Shiori Hirano and Knox Lofgren are left to run the martial arts program at Black Arts while Ronin Black travels. On the surface, the two highest ranked belts appear to cooperate—but in private, they butt heads constantly, despite the undeniable attraction between them. Soon their power exchanges start to make for a sweltering dynamic in the bedroom…

At first Knox is shocked to be living out his submissive desires, but Shiori sets out to prove that embracing his true sexual nature doesn’t make him a weak man. But even while their sexual relationship grants him a power and fulfillment he finds surprising, there’s no training regimen for the fight that comes with loving a strong woman…