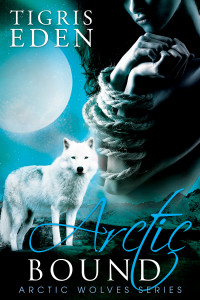 “She seems obedient enough. You still have bedding rights. Bed her. Get her out of your system. Bring her to the cage if you want. She looked very taken with Natasha’s performance.”

Victor shrugged. There were a dozen reasons he wasn’t going to bed Nerina.

“You are my friend. Keep telling yourself that she’s not your type. If that’s all you can say, you’re not looking close enough. Look past the scars, and see the woman underneath. She’s definitely your type. More your type than Sasha will ever be.”

Blue took another sip of his whiskey and motioned for one of the females that had been lurking at the edge of his lounge area. He had a different woman every night, but he never slept with them. Something that Victor thought was strange in itself. The woman walked to Blue who leaned forward tugging on the female’s hand until she was kneeling between his legs. Gently he pulled her forward until her head rested on his lap where he began stroking her long blonde hair. He paid no attention to the woman, except for the action of his hand absently stroking her scalp.

“How do you get away with that sh*t, man?” Colin asked.

Blue didn’t answer at first. With his other hand he finished the rest of his whiskey and leaned back, petting the girl all while she knelt between his legs, her head in his lap. A serene smile playing across her lips as if she were the one doing his friend a favor.

“Get away with what? It’s mutual, she wants something that I can give her, and in return I get the pleasure of her company and the use of her body should I want it.” That would never happen. He never had sex with any of the girls. Blue bent his head low and whispered into the blonde’s ear. She promptly sat up on her knees, head bent and waited for further instruction.

The blonde looked up from beneath her mascara coated lashes and demurely shook her head no.

Well maybe he wasn’t that celibate.