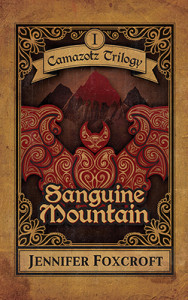 I will only complicate his life in ways he doesn’t need. For the past few weeks, I’ve been trying to ignore the flutters and giddy feeling Rocks ignites as he slowly opens up and shares his secrets. I haven’t wanted to name it but since the dinner party I know I’ve got feelings for him—more than ‘just friends’ feelings. But Rocks and I will never be. I’m human, and I’m not going to add to his list of problems.

“You’re done already?” His voice interrupts the conversation in my head.

I look up and—BAM. My heart has exploded inside my chest, and my mouth has gone dry. What was I just telling myself?

Rock is wearing a short-sleeved, blood red t-shirt. His gloriously inked arms are on display.

I want to punch the universe in the nose. Why tonight? Why now? He looks edible. The ink is black and grey with tinges of red. The pattern swirls up his arms, and I can’t decipher the design. I push aside the fact that he has fed in order to be wearing this. He did it for me.

“Connie?” he asks, smiling. I shut my mouth.

“Hi.” I’m breathless and want to smack myself. “Your arms …”

“Surprise.” That’s an understatement. “What do you think?” He holds both arms out straight in front of him and slowly turns them over. If you can imagine a design that hints at wrought iron filigree work found on the gates of fancy mansions and ancient stone carvings, then that’s what covers his skin. It’s hypnotic.

“Amazing. Beautiful.” He stands tall. I hate how little it takes to make Rocks’ day.

He pulls the fob from the front of his black jeans. “We have some time. Wanna dance?”

He gestures to the club across the road, the move flicking his hair across his face.

“It’s pretty dark. Nobody will see and I’m not one to judge. My moves probably went out of style with horse-drawn carriages.”

“Haven’t you had enough for tonight?” I have an urge to sniff my armpits. I’m sure I smell of hotdogs and don’t look anything like the girls I see in the parking lot dressed to impress.

“Just got here. Had some colony stuff to do,” he explains. “I’m— I’m not going to be able to see you next week. My father’s asked me for help which he usually avoids at all costs. I have a responsibility to him. It will be our last time together for a bit.”

The club is dark, loud, and crammed to capacity. I only agreed because I was convinced I’d never get past security. Rocks bumped fists with the bouncer and announced that I was with him, and we were let through. Easy-peasy.

Thin neon tracks mark out the dance floor and bar space—both a writhing tangle of body parts. I understand how Baby felt in Dirty Dancing when she entered the staff club. My heart feels like it’s beating in the back of my throat. Are we going to dance like that? The crowd sways and pumps with the music.

Rocks blends into the dark, and I’m reminded of the night in the forest. The blue lights make my hair glow brighter than a nuclear reactor. I’d let it down to get in, but now I pull it back up into a high ponytail. Rocks takes my hand and pulls me further into the sea of gyrating bodies. We stop in the back corner, and I try not to look at what the couples lining the edge of the dance space are doing in the dark. I’m nervous enough.

Rocks turns and faces me, towering over my short frame. Leaning down, he says above the music. “Put your arms around me.”

I can’t control the shiver that runs up my body, sizzling every nerve ending with a tingle that I never want to end. He doesn’t hesitate and takes both my hands and loops them around his neck. We’re close—too close. Too close for a my brain to remember we’re ‘just friends.’ His body starts a slow sway as his hands rest on my hips. I’m hyperaware of all the places our bodies are connecting right now—particularly my chest.

He pulls me closer as the tempo pounds out from hidden speakers above us, rattling my ribs. I feel the primal beat he talks about, and my mind wanders to other primal things. My chest is against his, and the feel of our bodies together is making it hard to keep my distance. The song changes, and Rocks spins me around and pulls my back to his chest. His inked arms wrap around and hold me tight. I let my fingers trail down the patterns as he uses his hips to keep me moving with him. The parts of his tattoo design that are bare skin glow gently in the blue light. I can’t stop touching him.

He bends over and I feel his breath on the exposed skin behind my ear. I should have left my hair down! I don’t know if it’s the dancing or Rocks that is driving my heart faster and out of control. All I can think about are his lips and the urge I have to spin around and climb him. Rocks can dance. Nothing about this reminds me of 1865. If I didn’t know better, I’d say he watched MTV every week to learn his moves. He’s agile. He’s graceful. And he knows how to lead.

His nose skims the shell of my ear, and I hold my breath in anticipation.

The feeling that was building inside me collapses, and I squeeze my eyes shut.

No kiss. No parking lot make-out for me. The disappointment is burning behind my eyes and tearing my chest in two.

“I could move with the beat and you in my arms all night, but I don’t want you in trouble.” His breath tickles my damp skin.

The trance I was under has lifted; I straighten up, shake off the lingering tingles and push toward the green glowing exit sign.