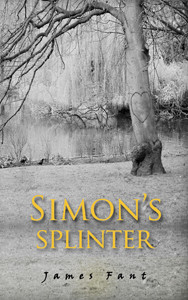 “I don’t see why you’re making a big deal about this,” Graham protested as Aisha paced back and forth across the white and black tiles of their kitchen floor.

“You don’t see this as a problem?” she replied. Her nerves were clearly fried.

“No, it’s not. You don’t get it.” Aisha walked over to the kitchen counter. She turned to face him, gazed at him with utmost seriousness. “My family, my entire family, will be here Sunday,” she said nervously.

“Again. I don’t see the big deal about your family coming here.”

“Oh, you don’t? Let me paint the picture for you. My father is the head deacon of his church in London. My brother, Jared, is a youth minister at that same church. My sister, Izza, is an evangelist. And my sibling’s spouses—don’t even get me started. Hercules, Izza’s husband, is an Elder in the church. Jared’s wife Kensington might as well be the matron saint.”

“Okay, Aisha. You’ve made your point.”

“No, I have not. My mother doesn’t believe in recreational sex! And my grandmother…”

“Hold up. What exactly do you mean by recreational sex?”

“I mean that my mother is so pure and holy that she will not have sex with my father unless they’re trying to make a baby. And my grandmother, my Jaddah…”

“You mean to tell me that your mother and father aren’t knocking boots—at all?”

“Owen! Listen to me. This, their coming here, is bad news!”

Aisha rarely called Graham by his first name. So he knew that something was wrong.

“I think that it’s cool that I’m finally going to meet my in-laws.”

Wouldn’t we have to be married for them to be your in-laws? she thought.

“You’re making a big deal of this.”

“No, Graham. I’m not. First of all, my sisters are going to look down their noses at me the entire time like I’m some sort of leper. My brothers, they’ll probably give you the cold fish. And my parents, they’re probably going to preach to us the entire time.”

“It’s when a man loosely shakes another man’s hand and refuses to make eye contact. It’s a sign of disrespect. But never mind that. My grandmother, my Jaddah, she is going to be the worst out of all of them because she’s going to…”

“This cold fish. I still don’t get the analogy. Why not just call it a disrespectful handshake?”

“Unbelievable!” Aisha said in frustration as she hung her head and shook it from side to side.

“I’m playing with you, Aisha. Baby, I know what a cold fish is.”

“Graham, this is going to be bad. We are going to be persecuted on a level you cannot fathom. Tormented!”

“You make it sound like your family is going to burn us at the stake.”

“No. It will be much worse than that.”