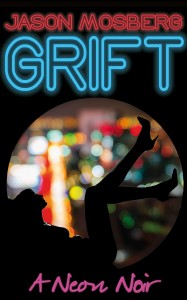 “How does this work?”

“Well, unless you want me here in the casino, we start by getting a room.”

He forces a one-syllable laugh.

At the mention of his name, I do everything possible to avoid smiling. I heard somewhere that it takes 10 muscles in your face to smile and 30 to frown. How many does it take to keep from smiling?

I nod. But Madeline’s not my name. Piper’s my name. I have a roster of about eight fake names, but I always circle back to Madeline. My mother’s name.

Mark and I wander over to the front desk. One room costs 40 bucks. On Friday and Saturday nights, a room here, booked the day of, might cost over two or three hundred. But on some random Tuesday? They just want to get you in the casino.

He fumbles for his wallet, but I insist.

He seems like a gentleman. Lets me into the elevator first. Opens the door for me. Doesn’t gawk at me. I wonder if this gentleman has a wife at home in Indiana or Rhode Island or Arizona or wherever he’s from.

Once I close the door to the hotel room, he slides his arms around my waist.

I giggle what I consider a sexy-giggle. “No. That depends on how things go. I kiss when I want to kiss.”

“I always collect the money first.”

“Oh. Of course.” Mark draws his wallet. He counts out 15 crisp hundred-dollar bills. In this age, people rarely pay for anything with this much cash unless it’s scandalous. Drugs. Gambling. Sex.

He hasn’t inhaled in a few seconds. Or blinked. He’s waiting to ask me something.

“Will you dance for me?”

Damn it. There it is.

Dance means strip. No one pays an escort to do the funky chicken fully clothed.

I’m not really in the mood to slowly remove layers of clothing while dancing, but the request gives me a quick in for booze. I glance at the ground and use my most innocent voice. “Sure, but I might need some champagne then.”

After one glass of champagne, I dance. I don’t enjoy doing it, but it’s not the worst. It’s slow. Tasteful. He’s not expecting me to shake my ass in his face. He can get that over at the Pussycat Lounge for $35. He wants to see class. That’s what he’s paying for. Class.

Fifteen minutes of slow, rhythmic swaying pass. Feels like fifty minutes to me. Afterwards, I stand in my bra and underwear, undergarments that cost twice as much as the room. His eyes have grown bigger and his looks longer. The word gentleman no longer comes to mind.

I pour myself another glass of champagne. After a few sips, I rub my head and grimace.

“Yeah, just…didn’t eat dinner. Reminds me of this time a couple years ago when I was on a field trip with my class. Me and my friends snuck out and stole a couple bottles of wine from this drug store. One of my friends…well she was obsessed with grunge music. You know, the 90’s, Nirvana and…well, anyway so we hid the bottles in her baggy jeans and flannel shirt. But none of us had eaten dinner, so of course we all ended up getting sick.”

He takes the bait.

His jaw drops. As if his chin instantly gained five pounds.

A lie. I’ll be 18 in more like ten months. For a moment, it looks like he’s changing his mind, but they never change their mind.

As he puts his hands on me, I move to my purse.

“I’ll feel better if I take my medicine.” I pull out some prescription pills. They wash down like two little barrels going over a waterfall of champagne.

His impatience grows. He places his hand on my shoulder. I want to smack his hand away, but I have to pretend his fingers don’t feel reptilian against my skin. Pretend his reaction to my being 17 years old doesn’t make me want to puke on him.

I put my hands on his arm, but then I reel back. He sees then that I’m ill.

I try to stand. But I can’t. I collapse on the couch.

He rushes over to me, shakes me a few times.

A driblet of saliva runs down my lip to my chin. It tickles like crazy.

He shakes me a few more times but realizes this girl is not going to wake up.

As soon as the door closes, I spring to my feet. I want to get out of the suite ASAP. Just in case the guy experiences a sudden burst of conscience. They never do, but I still have my rules.

I walk past the elevator to the stairwell, but I don’t walk down. I walk up four flights. A different key card I had in my purse unlocks the door to room 1216.

On the bed sits the bag I left. I dump out the items: denim overalls I plan to throw over my dress, an extra-baggy hooded sweatshirt, and a baseball cap with a built-in red ponytail wig.

Thirty seconds later down the elevator rides an inconspicuous tomboy.

Fairly smooth, I think to myself as the elevator descends. I wasn’t in the mood to dance, so that was a drag, but at least he hadn’t insisted on paying for the room. If he had, then his card would have been on file with the hotel, and he’d have been much less likely to flee. In which case, I would have needed to use a different variation of the con. I’ve used dozens of variations.

I scan the lobby for the mark, but even if he were there, he probably wouldn’t recognize me. Now I take a moment to smile at the coincidence of his name.

Chances are Mark wouldn’t have stuck around. So you might think the $80 I spent on the two rooms went to waste. But it’s worth it. Worth it for that one time you get seen.

The $80 isn’t the only money that comes out of the $1,500 I just scored. $150 goes to the spotter, who in this case is a fat man named Randy who played Single A professional baseball before he began working as a telephone representative for an escort service called First Class. And of the $1,270 that’s left over, 90% goes to Max. I’m sure 90% seems like a lot, but I owe everything to Max. Compared to everything, 90% doesn’t seem too bad.

From the lobby, I walk outside, hitting the dry desert air just as the afternoon sun disappears below the towers of Circus-Circus. I head south on The Strip – I’ve got another appointment at 7:00.

One response to “Sunday Snippet: Grift by Jason Mosberg”