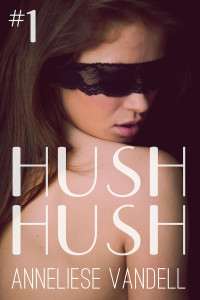 I feel like I’m walking on a tightrope. With cats strapped to my feet.

I look down. No, no cats there. Just ten pedicured toes and two very red—and very sore, might I add—feet bound up in strappy stilettos. They wobble precariously as I stagger into the bar room of the country club.

As I elbow my way through the tightly-packed crowd, I nearly trip over the trailing hem of a woman’s glittery purple gown. She snaps her head over to shoot me a dirty look.

“Sorry…” I mumble, but the woman doesn’t hear me. Just at that moment, the eight-piece band onstage wails out a crescendo of trumpets, French horns, and clarinets.

One of the trumpet players steps forward amid the din, smiling bashfully and fidgeting with the colorful beads around his neck. He brings his instrument to his lips.

The sound is beautiful, bold, and all-enveloping. And suddenly, it’s as if everyone in the room has drawn a breath; the noise of the crowd wanes as the musician blasts his horn. Heads begin to turn toward the stage.

I take advantage of the momentary pause in activity to careen myself toward the bar. I grab an empty seat and tuck my legs beneath me. As I massage my aching feet, I briefly wonder what kind of genius decided that these four-inch, leather instruments of torture should be considered “fashion.” I mean, sure, I guess they make my legs look amazing, but I’ve never been one to put looks over comfort. Forget heels—give me my roomy high-tops any day of the week.

A bartender in a pinstriped vest and bow tie is shouting at me over the counter. He wears a slightly harried expression as he waits for my order.

I can only imagine the night he’s having—and we’re only an hour into the country club’s big pre-Mardi Gras celebration. The club hosts it every year for its members and their guests—and, unknown to them this evening, me.

Across the bar, a gray-haired woman snaps her fingers impatiently at the bartender. Her voice is reedy when she calls out: “Hel-lo! What does it take to get some service around here?”

I give the bartender a sympathetic smile. “A tonic water with lime, please. In a tumbler.”

“No gin? You’re one ingredient away from one of my favorite cocktails,” says the bartender, already leaning down to scoop ice into a glass.

That’s kind of the point, I think to myself.

I need to concentrate tonight, and I can’t have alcohol muddling my thoughts. The fake drink is only so that I fit in with the rest of the crowd.

But of course I don’t say this. Instead I just murmur, “Yeah. Something like that.”

I lift myself slightly on my chair and take a look around. All I see are manes of peroxide-blonde hair, or floppy purple-and-gold hats. Their faces are all turned away from me; everyone is still transfixed by the trumpet player’s solo. I sink back onto my seat disappointedly.

“How much?” I ask the bartender as he slides my alcohol-free drink over to me.

He shakes his head. “No charge. Open bar tonight.”

I withdraw a few dollars from my cream-colored clutch and hold them out to him. He takes his tip gratefully before hurrying off to the scowling woman at the other end of the bar.

The trumpet player blasts a few final notes, ending his solo. When he takes a bow, the crowd roars in applause—well, as much as a crowd like this can “roar,” anyway. New Orleans’ elite may be a little less stuffy than your standard country club crowd, but I’d still hardly consider them to be raucous. Everyone is dressed to the nines, and it’s clear from the way they’re holding their cocktails high in the air that they’re terrified of spilling their drinks on their designer gowns and tuxedos.

The crowd begins to disperse. People stream back toward the bar, and I’m able to catch some glimpses of the faces coming my way. But I still don’t recognize anyone—yet. I twist around in my seat and scan the crowd urgently.

It’s been fourteen years since I’ve seen Barbara and Charles Hawthorne, but I remember their pinched, cruel faces like it was yesterday. Barbara always had a face like a hawk, with her beaked nose and that persistent holier-than-thou look in her eyes. Charles was barely taller than Barbara, but he was much wider, with hands like ping-pong paddles. His hair was just beginning to thin back then, too—I figure he’s probably bald by now.

I scan the crowd, looking for shiny, bald heads. There are a few, but still no luck—none belong to the person I’m looking for.

“Ex-boyfriend or boss?” says a smooth voice beside me.

I look down. A man with short, wavy hair and sloping shoulders is leaning against the bar, drumming his fingers on the lacquered wood. He’s young, at least compared to the rest of the members of the country club. Judging from the look of him, I’d put him in his early thirties—about six or seven years older than me. He’s wearing a crisp, tailored suit that looks like it cost him a couple thousand dollars, at least.

His eyes are fixed on me as I lower myself, for the second time, back onto my seat. They’re a shocking blue, and I’m reminded of the blue glaciers that sometimes drift across the television screen when I flip on a wildlife documentary. Cold and unyielding. Rough.

“Who are you looking for? Ex-boyfriend or boss?” he says again.

There’s a bite in his tone, almost as if he’s annoyed at having to repeat himself. I resist the urge to roll my eyes.

He stares at me critically for a moment, and then I catch it—the tiniest, almost unwilling flick of his lips. It’s like he’s trying to contain his laughter.

“Come on, you can tell me,” I say to him playfully. “My mom used to tell me all the time.”

And then I immediately hear myself, and try not to wince.

Tense, April! Remember your tense! The character I’m pretending to be is from a normal family, with normal parents. She uses the present tense when referring to her mother, not the past.

Unlike me, her parents aren’t in jail.

But the man in front of me seems not to notice my inner struggle. He says, “What did she tell you?”

“That I’m terribly funny,” I say, my voice quavering slightly.

At last, his lips curve upward into a smile. The grin seems to make his entire face light up. Instantly, his cheekbones become high and pronounced, and his jaw is sharp and strong. I realize I’m speaking with a Class 10 hottie.  Class 11, even. As he looks down toward me with those sparkling eyes, it occurs to me that this hunk may go off the charts.

“So is everyone from New Orleans this witty, or is it just you?” I say coyly—or at least, I hope it sounds that way. How have I suddenly forgotten how to flirt? And why is my heart suddenly beating so quickly?

One response to “Sunday Snippet: Hush Hush by Anneliese Vandell”