What I remember most about growing up in the ’80s is there were generally two things on every kid’s mind–the looming threat of nuclear annihilation, and scrounging up enough quarters to make a bike ride to the local arcade worth it.

With video games available on every handheld device these days, it’s hard to remember (or even conceive, for younger readers) just how alluring and addictive those games were for us, crude as they were at the time.

Not long ago a friend showed me a Dragon’s Lair App for the iPhone. I remember when that game came out there were lines lasting an hour just to play one single round. If you’d told me back then, that when I hit 40, I would be able to play as much Dragon’s Lair as I wanted, whenever and wherever I wanted, I would have said…”WOW! Am I going to be a millionaire?”

Now…I’ve never seen a Polybius cabinet (although some claim to). But back then, my personal favorite game was Tempest. Anyone else out there have a story about a favorite vintage game? Share it and you’re eligible for a free copy of NIGHTLIFE: HAZARDOUS MATERIAL (details below).

One hour and three busted blades later, Jarrod and Ludwig found themselves in a long abandoned arcade still filled with videogames. The long-dark console games stood on either side of the low-ceilinged warren, facing each other like silent sentinels. And, as odd as it seemed, he couldn’t shake the feeling that they were judging him. And like the mural they’d torn down, something about this room was off.

“Videogames. Real videogames, not that World of Warcrap.” Ludwig ran his hand across the chipped particleboard façade of one cabinet. A fold of dust bunched up, exposing the title. “Man…I used to live for these things when I was a kid. Look at ‘em now…just junk.”

“Why are they all here?” Jarrod asked, unable to help himself.

“It’s an arcade, Jare’ that’s where they put videogames.”

“Yeah…but why are they all still here? Why was that door welded shut?”

“Like I said…junk,” Ludwig answered, but his voice quavered with a new uncertainty. “More expensive to cart ‘em off, I bet. Seen a lot of things get walled off like this. People making their own private landfills. Found tons of crazy stuff over the years. Crazier than videogames.”

Ludwig’s words went soft in Jarrod’s ear. The diminished to little more than a distant drone. Jarrod kept looking at the games. He wanted to step closer to them, but his boots were velcroed to the floor.  “Why just leave them, though? I don’t get it. They’ve got to be worth a fortune. I mean people collect this kind of stuff.” 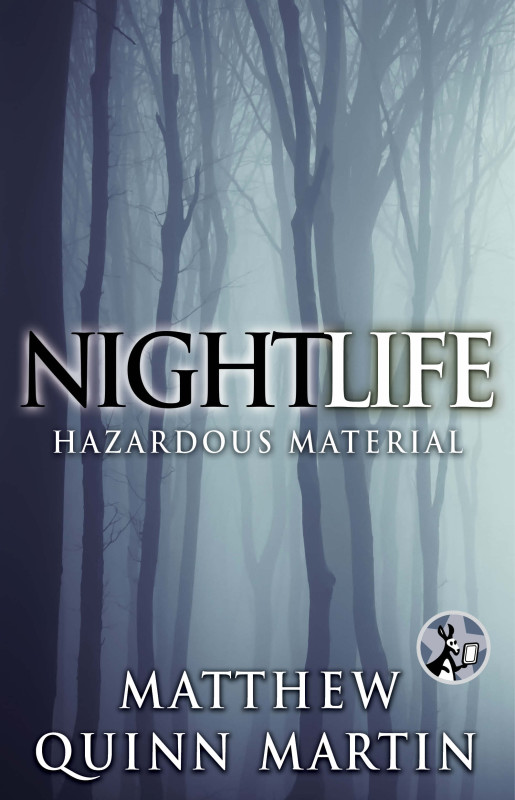 Ludwig narrowed his gaze at the twin rows of consoles. “I’m gonna’ drag the genny in here and see if these puppies still got any life in ‘em.” He turned, leaving Jarrod with nothing but the scant illumination of his own small flashlight.

Jarrod, knew that look, the avaricious glint in both of Ludwig’s eyes. There might as well have been a pair of cartoon dollar signs there. Ludwig was about to score big, and all Jarrod would get out of it was the privilege of carting his haul out to the curb. He could have put his fist right through one of the screens. He was the one who pulled down the lockers. Ludwig wouldn’t have even found this room except for Jarrod and that stupid stupid Yankee work ethic his father had drilled into him.

His hands went clammy, grabbing reflexively at the sides of his cargos. Ludwig would give him something, right? It was only fair. Ha! Jarrod almost laughed out loud. When did fair every have anything to do with it. All he’d really wanted out of life was to feel a little special. He’d wished that desperately from his parents. But there was always his brother Simon standing in the way. First as the favorite son. Then as the war hero. And now, the ghost who every year inched closer to sainthood, at least in their eyes.

Jarrod craned his neck, hoping to spot Ludwig, but he was alone in the dark. Alone with the machines. Might as well find the plug. He dropped on all fours and shined his flashlight behind. Some graffiti caught his eye. It was almost lost in the gloom, faded black paint against a gray wall. He squinted, mumbling the words to himself.

the end draws nigh

a curse behind hollow eyes

“What’s that there?” Ludwig asked, suddenly crouched beside Jarrod like a blue-collar gargoyle.

Jarrod tried not to jump, and failed. He scrambled back, brushing the cold from his arms as Ludwig cackled at his cowardice.

“Some kind of…some kind of creepy poetry.” He pointed. “Take a look.”

Ludwig did, his lips moving as he read silently.

“What do you think it means?”

“It means don’t do drugs,” Ludwig said, reaching for his Newports. He pulled out a smoke and started tapping it against the box. Tappity. Tappity. Tap Tap.

Jarrod grit his teeth. There it was, the tapping again. Not asking for a smoke was bad enough. Refusing Ludwig’s repeated offers was bad enough. But the tapping––the goddamn tapping was pure water torture. He turned his attention away from the pack and fixed on the graffiti. The tapping followed him, rapping on the side of his skull like a door knocker. Tap. Tap. Tap. Your old friend Smokey here, why don’t you let me inside and we’ll catch up. “Go away.”

“Nothing,” Jarrod said quickly, not realizing he’d spoken aloud. He shook his head and focused on the wall, for the first time noticing a few holes in the cinderblock. Beside the holes were big black splotches that looked like…

Jarrod’s heart frosted over. Get a grip, he told himself. Just get a grip, that is probably nothing but mold. But his eyes kept ping-ponging between the holes and the stains. “Ludwig?” he asked, pointing to them. “What do you think those might be?”

Ludwig bent in for a closer look, unlit cigarette dangling limply from his mouth. “Well, Jarrod, those––” his voice slipped like a bike chain from its sprocket. “Those…ahem…those look like bullet holes. Thirty-eights I’d bet, if I were a betting man.” He fired up his smoke and took a long drag. Then he took another. The ash column broke and tumbled down his shirt. “Jeez Louise. Sure you don’t want a cigarette?”

The story of monster hunter Jack and his partner Beth continues in Nightlife: As the Worm Turns…but first, take a short stroll down one of Nightlife’s darkest streets in this horror e-novella praised as “A taut, mesmerizing tale of horror, madness and video games.  It’s as if Stephen King penned Ready Player One.” (T.L. Costa, critically acclaimed author of Playing Tyler)

Twenty-seven-year-old Jarrod Foster has hit a dead end. He spends his days disposing of hazardous waste and his nights wondering where it all went wrong. While gutting an abandoned roller rink, Jarrod discovers a bricked up video arcade still stocked with vintage games…which, three decades ago, was the site of the largest mass shooting in New York history.

Jarrod’s boss lets him keep one of the arcade games—an oddity called Polybius that no one seems to have ever heard of. Jarrod hopes to sell it and start a new life, but one grim night, he drops a quarter into the game…and the game drops Jarrod right into a nightmare.

As his life spirals into darkness, and his actions begin to mirror those of the long-dead spree killer, only one question remains…is Jarrod playing a game, or is the game playing him?

Matthew is generously donating five (5) digital copies of NIGHTLIFE: HAZARDOUS MATERIAL to give to five (5) lucky commenters. To enter, please leave a comment at the end of this post sharing any favorite vintage video game/arcade stories, and be sure to include contact information (or you can email it to me privately at twimom227-at-gmail-dot-com). The giveaway is open until Monday May 18, 2015 at 12:00 AM (midnight) EDT. Winner(s) chosen at random from all eligible entries. This contest is open internationally, where not prohibited by law. Open to participants, 18 years or older, who are legally allowed to participate in such a contest as allowed by their local laws. All federal, state, local, and municipal laws and regulations apply. Void where prohibited. No purchase necessary. Winners will be sent a gift copy via Amazon download. By participating in the contest, participants agree to be bound by the decisions of the contest sponsor. This blog nor its reviewers or owner are not responsible for items lost in the mail. By entering this giveaway, participants agree to abide by these terms.