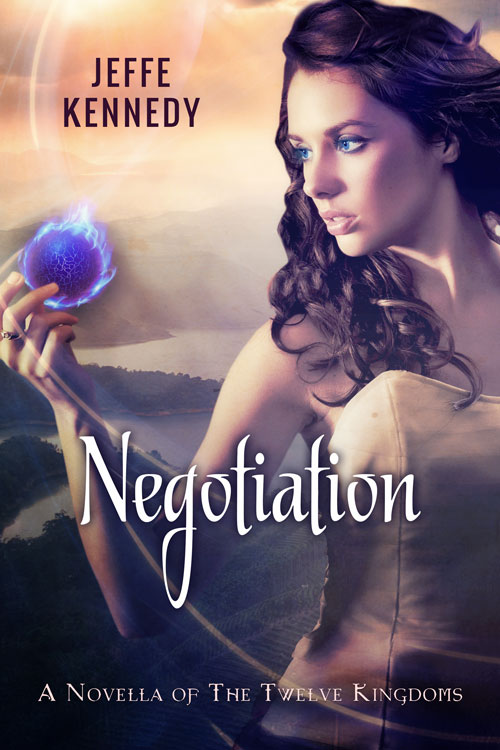 A Story of the Twelve Kingdoms

General Uorsin escapes the last devastating battle, only to find himself alone on a mountain, feverish and no closer to finding the paradise that drives him on. Salena, greatest shapeshifter and magic-worker of her people, springs the trap she’s set to protect her land—and to prevent the ravager Uorsin from ever reaching it.

Together, they spend a night setting the terms that will determine not only the rest of their lives, but the fates of the peoples of the Twelve Kingdoms—and the thirteenth.

Note: This story originally appeared in the Thunder on the Battlefield, Vol. II anthology (August 2013).

What Una is Talking About:

The Negotiation is a prequel novella/short story to the wonderful Twelve Kingdoms fantasy-romance series. It is a must read for any fans of the Twelve Kingdoms series. For those that have read the series, you truly get a feel for the sacrifices Salena makes…and makes knowingly. It also gives you a glimpse into Uorsin’s mind and how determined he is. If you are thinking about the series, it is a great appetizer to this engaging and fascinating series.

4 responses to “Book Spotlight: The Negotiation by Jeffe Kennedy”