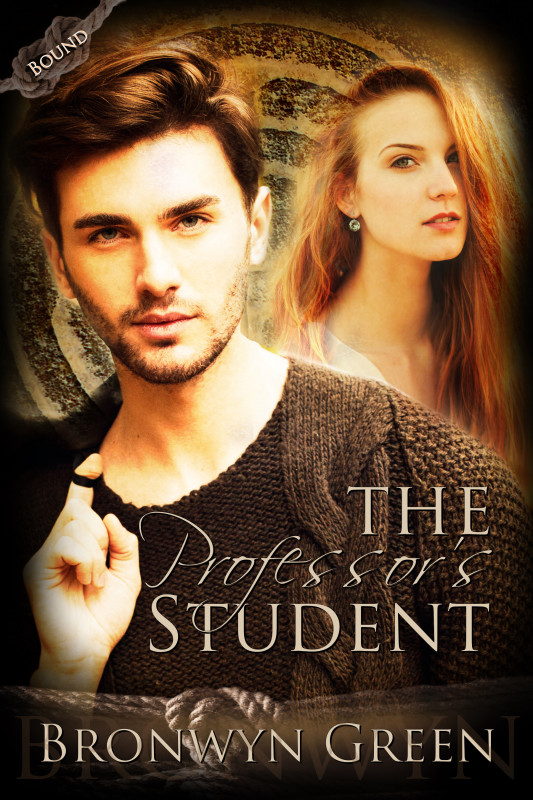 Six weeks in Ireland on a Bronze Age archeological dig is exactly what Josie Cooper needs. She loves teaching, but fieldwork is where her heart is, and working with Professor Declan O’Shaughnessy is a dream come true…until she meets the man. Declan is brilliant, gorgeous, and unapologetically arrogant. By the end of the first week, Josie is ready to push him into the Atlantic.

Note: This excerpt falls more into the NSFW side of steamy than PG-13. Warning… it’s hot stuff!

Josie stared down at the remaining bit of metal in her palm and fought to keep from hyperventilating. Declan wanted her to put these little torture devices on her nipples. And wander around this pub without a bra.

“The loo is right back there,” he pointed out helpfully, a wicked smile curving his lips and excitement brightening his seawater-colored eyes.

“Okay…?” He was clearly waiting for something.

It clicked. “Okay, Professor.” She felt a little silly saying it, but a perverse thrill also shot through her veins as she did.

He nodded his approval, and she pushed her chair away from the table and walked back to the bathroom on trembling legs. She was really doing this. She was going to submit to Declan. She was going to let him do god knew what kinds of kinky things to her. And it was starting, right now.

Once inside the tiny, but surprisingly bright, bathroom, she ducked into an open stall and locked the door behind her. Pulling off her t-shirt and bra, she hung them on a hook. Then, she removed the clamp from the tip of her finger and nearly groaned as the blood rushed back to fill the neglected area. She glanced down at her chest, where her already hard nipples stood out in tight little buds—needy and aching.

Plucking and twisting one of them, she hardened it further before sliding the bars around the distended flesh and tightening the pins. Her breath caught at the squeezing sensation, and she cranked the screws a little more. Before she could chicken out, she repeated the action on the other side, clamping the tender tip between the skin-warmed pieces of metal until it matched the tight grip on the other side.

Breathing deeply, she slumped against the wall, the steel cold against her back, and tried to calm her body’s rioting responses. Her nipples throbbed, but the pain only ramped her desire for Declan higher. And her pussy flooded with moisture. If she’d been wearing panties, they’d be completely drenched. She was sure of it.

She wrapped her fingers around her shirt, but let go just as quickly. She had to know what it felt like. Declan said she couldn’t make herself come. He hadn’t said anything about touching herself while attaching the clamps. After all, she reasoned, she needed to make sure they were secure. That they wouldn’t fall off when she put her shirt back on. Holding her breath, she brushed her fingertips over her aching flesh and nearly groaned. They were more sensitive than they’d ever been. It was as if all her nerve endings were on high alert, and they were all focused on her nipples. She couldn’t help herself, she did it again. And again. Each brush of her fingertips created an answering tug in her cunt. She pinched the throbbing tips, and her pussy clenched tight. She had to force herself to stop, or she was going orgasm right there in that tiny bathroom.

She yanked her shirt off the hook and over her head, her breath hissing out when the fabric coasted over her swollen nipples. The normally soft cotton felt as if it was scraping against her skin. Balling up her bra in her hand, because she hadn’t thought to bring her purse into the bathroom with her, she stepped out of the stall and surveyed herself in the mirror.

Her nipples thrust noticeably against the knit fabric of her white, scoop-neck t-shirt. She yanked the fabric flush against her torso. The clamps were apparent when she did that, but they were pretty much undetectable when her top hung normally. It was painfully clear that she was aroused, but at least her reward wasn’t visible. She tugged her shirt down a little farther, exposing more of her cleavage. If the professor wanted to play, she’d give as good as she got.

Holding her head high, and thrusting out her chest a little more than was strictly necessary, she walked slowly back to their table. She kept her gaze on Declan and ignored both the subtle and obvious stares as she made her way through the crowd gathered near the bar.

As she sat down and shoved her bra into her purse, Declan’s eyes dropped to her chest then slowly climbed back up to hers. “I was beginning to think I should send in a search party after you.” His voice was suddenly rough with what she assumed was arousal. “Did you have any trouble?”

She held his gaze, but it was impossible to hide her smile, the pleasure she felt at toying with him. “Define trouble.”

He sat back and raised an eyebrow at her, crossing his arms over his chest. “Walk me through it.”

Leaning forward, she hissed as her nipples skimmed the tabletop. “I went into a stall, took off my shirt and bra, then I attached my reward.”

“Well, I had to make sure they weren’t going to fall off,” she murmured, lowering her eyes and staring up at him through her lashes, wondering if she’d earned herself a mysterious punishment.

“I brushed my fingers across my nipples a few times. I didn’t want to risk losing them.”

“So, you were playing with your nipples?”

He leaned forward and drew a finger down along her breastbone. “And how did it feel?”

Her eyes closed at his roughly muttered question.

“So good,” she whispered. But, to her ears, it sounded like more of a groan.

Her eyes flew open, and she stared at him. “What?”

He shrugged as if unconcerned.

“I can’t do that now. There are people everywhere.”

“So, you’re ready to safeword, then?”

She knew a challenge when she heard one, and this one was unmistakable. “No.”

“No, Professor,” she murmured. Glancing around, she realized only one person was paying them any attention at all—just the bartender. And when would she ever see him again? Ignoring the man as best she could, she sat back in her chair and slowly skimmed her hands over her stomach, letting her fingers drift upward over the lower swell of her breasts until she reached her nipples. She brushed her fingertips over them a few times before pinching firmly, sucking in a harsh breath between her clenched teeth.

“Jesus, Mary and Joseph,” Declan breathed almost reverently. Or maybe it was irreverently given the reason for his declaration. 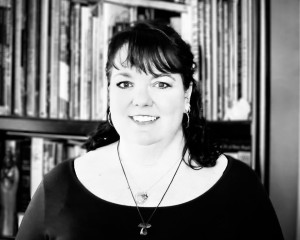 One response to “Book Spotlight: The Professor’s Student by Bronwyn Green”