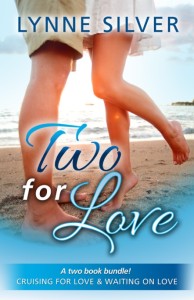 His tall frame, clad in light slacks and a short-sleeve button-down shirt, ate up the carpet in quick steps. As he got closer, the happy smile on his face turned to confusion.

“KK, what are you doing here?” he finally asked. His eyes were eating me up, but the tone of his voice was almost angry.

Indira stepped to his side and rested her hand on his shoulder. “She was in the room, Ben. She must’ve been the woman who picked up the key you left for me.”

“Why would he leave a key for you?” I finally found my voice. “I’m his girlfriend.”

She stepped back, almost pushing Ben into the hallway wall in her haste to back off the obviously cheating skeez, whom I wanted to punch in the nuts. “You have a girlfriend?”

Ben looked at me. “KK, we were dating, sure, but not exclusively or anything. I thought you knew that.”

My heart lurched harder than a snowplow hitting a concrete barrier. “We’ve been together three months. What about all those things you said?”

“Like how you have more fun with me than any other woman you’ve been with. How great I am in…” I glanced behind me at the hotel room doorway, where there was a clear view of the bed.

Ben’s expression was granite. “That didn’t mean we were exclusive. Look, KK, we have fun together, but I’m sorry if you got the wrong idea. I thought you understood. I mean you’re a party girl not…” He trailed off at my obviously stricken face.

I paused my blackening of the glossy magazine page, which by this point had several gashes on it. His idea had merit, but no, I wasn’t much of a confessor except to my best friend, Andi. Only this time I wasn’t looking forward to rehashing my horrible weekend with her. She’d warned me not to follow Ben out to Phoenix for his work conference. But stupid KK, always dashing headfirst after love.

“I don’t want to talk about it,” I finally told Aidan. “I was an idiot, but I’m not anymore. I’ve changed my entire philosophy on life this morning. You’re looking at a smarter KK O’Brien.”

Instead of looking impressed, Aidan looked amused. “Your entire philosophy? Really? In just a morning. I’m impressed. It takes most people at least a day.”

I didn’t know him well enough to punch him not-so-lightly on the arm, so he had to settle for my best scathing look. “I was speaking metaphorically.”

“Sounded hyperbolically to me,” he said.

“I’m impressed a teenager such as yourself knows such a big word.” If he could dish it, surely he could take it. My words rolled off him as easily as desert sand soaked up a raindrop.

He grinned. “I’m twenty-four. Not a teenager.”

“I’m old enough,” he said with a sexy smile that had me revisiting my re-virginized state. No, he was six years younger than me. Too young.

“Old enough for what?” I asked, falling into his snare.

“Old enough for everything you’d want to use me for.” His look told me exactly how he’d like to be used, and whoa momma, perhaps six years wasn’t the hurdle I’d thought it’d been.

“You wish,” I said, finally daring to give him that light punch on his biceps. I couldn’t help be myself around him; he was too outgoing and friendly to ignore. It was like punching the shell of the airplane, only harder and alive with warm skin.

All his humor was suddenly gone, and he leaned in slightly toward me. “I do wish, Kristen Katherine. I’m wishing for a lot of things right now.”