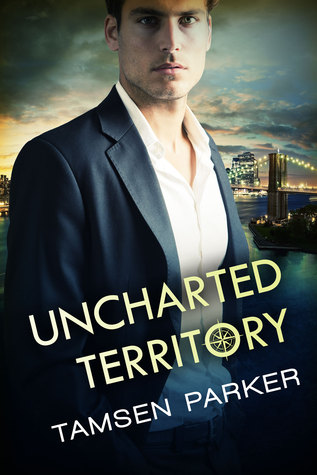 If I had to sum up Uncharted Territory in one word, it would be: supersmokinhot. I’m going to admit I was initially irritated by this prequel to the Compass series, and it’s the only reason I’m not giving this title an A+. I’m a *very* chronological reader, and my preference would have been to get India’s backstory prior to Personal Geography. (I get the whole reason behind writing (when the muse strikes, and this is a totally ME thing.) However, my irritation quickly eroded into intrigue. I’m not going to sugar-coat anything with regard to this title. It. Was. RAW. I had all the feels while reading, and I’m pretty sure I need an India/Cris book pretty soon, or a re-read of Personal Geography and Intimate Geography.

While some might not call Uncharted Territory a romance, I do. However, it doesn’t have a HEA or HFN ending. That’s your warning. With that said, I *adore* the relationship development and exploration in this story. It’s honest, deep, and powerful. And, there’s many different types of relationships examined.

If you’ve ever wondered why someone gets into the D/s lifestyle, I think this title gives you a great glimpse at India’s reasons. And, college is a time of experimentation, right? India is a freshman in college when this story opens. She meets Rey, and they’re fast friends. And India is introduced to a D/s relationship for the first time.

Readers of the series will recall that Reyes Walter brokered India’s ‘arrangement’ with Cris early on. I am really glad we saw more of Rey in this title. I adored him in the previous two. I still have questions about him, though. I’d love to see him get his own book (or trilogy?!?).

Hunter Vaughn is an older dude, and he’s loaded. Seems like the type of guy that’s used to getting what he wants. And, he wanted India. I’d actually like to see Hunter get a HEA. I was intrigued by his character, and as the POV was India’s, I felt like I wanted more about Hunter. Especially since he’s a Dom, India got Dom Hunter personality. I’d love to see him lose it, fall in the crazy, all-encompassing love, and see the cracks in that carefully-crafted façade.

While we were learning India’s backstory, there were times I laughed, times I cried, and times I wanted to beat the crap out of someone. I understood why she wanted—no, NEEDED—a Dominant. That was always a question I had while reading the other two titles: how did India get to this point? I’d thought it was because of her job/responsibilities. Not so. You’ll have to pick up this title if you want to get the dirty deets.

If you’re new to the Compass series, I’m going to recommend you read Uncharted Territory before reading Personal Geography and Intimate Geography. Especially if you’re a chronological freak like I am. Amazon puts it at 160 pages, and it was a quick read. Loaded with smokin’ hot sexytimes, and more emotion than I was prepared for. Tamsen Parker has another tally in the win column from me.

Eighteen-year-old India Burke has been waiting for as long as she can remember to escape her life of material feast and emotional famine. Going away to college offers separation from her noxious family and a connection with the best friend a girl could ask for.

While her peers are picking majors and navigating the pool of college dating, Reyes Walter introduces India to the intoxicating world of dominance and submission and to a man who will become utterly obsessed with her. Hunter Vaughn is older, handsome, and just the right kind of arrogant. And he’s never wanted anything as badly as he’s wanted to possess India.

As she comes into her own in these consuming relationships, where pain so often results in pleasure and submission is a gateway to freedom, it’s difficult to define sacrifice. But when Hunter issues a ruthless ultimatum, India will have to choose: give up half of herself or break free of the bondage and belonging she’s always craved.

In celebration of the release of Uncharted Territory, Tamsen is generously giving away multiple copies of books from her Compass Series. To enter, please follow the directions on the Rafflecopter form, below. Open to participants, 18 years or older, who are legally allowed to participate in such a contest as allowed by their local laws. All federal, state, local, and municipal laws and regulations apply. Void where prohibited. No purchase necessary. By participating in the contest, participants agree to be bound by the decisions of the contest sponsor. Prize will be delivered by the author. This blog, its reviewers, and the owner are not responsible for items lost in the mail. By entering this giveaway, participants agree to abide by these terms.