Tristan Weaver, originally from U.K. is in the U.S. to make her own way in the world and enjoys her job as the accountant for Brecken Games. But when her boss, Rory Brecken, overhears Tristan and a coworker gossiping about Rory’s kinky sex life, she thinks her job may be over.

Rory admits he enjoys sex and isn’t looking for a relationship, so when he is tempted both intellectually and physically by Tristan, he decides to break his own rule of never sleeping with his employees. Yet after one night, neither Rory nor Tristan are ready to end things.

I absolutely adore Drawn That Way! Rory and Tristan make a wonderful pair, and their chemistry is palpable. I was emotionally connected to each character right from the get go; able to relate in some way or another to both. Watching each let go of their hangups and worries as they give into their mutual lust is satisfying. I also appreciate that the author addresses the issue of sexual harassment in the workplace, which is a serious issue in today’s society.

Overall, I totally loved Drawn That Way. While the story isn’t overly complex, it is emotionally satisfying. The characters are completely likable and grow enough to make the book fulfilling. Really, no shortcuts are taken in the story; it has a great flow and is enjoyable to read. The eroticism is equally emotional as it is sexual. 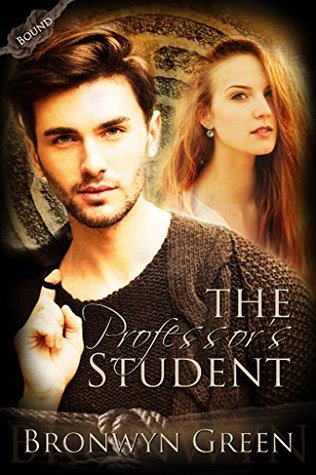 Josie Green, an American archeology professor, is on a six week summer dig in Ireland, at Professor Declan O’Shaughnessy’s site. While Josie finds Declan utterly attractive, she thinks he is a perfectionist jerk. However, after a night of drinking too much, Josie lets Declan know just how much she wants him, and the pair begins a D/s relationship, intending to end once Josie leaves Ireland.

Once Declan realizes that he enjoys having a partner who is equally as interested in his digs and finds as he is, the pair spends some quality moments becoming more than lovers. However, the book jumps forward in time so often, that there is little room for the reader to see the whole relationship come together. Yet, with that said, I did have a couple tears in my eyes and was filled with emotion when Josie headed back home once the dig is over.

Drawn That Way…
Tristan Weaver, accountant for a successful video game company, is in way over her head. Honestly answering a company-wide survey and criticizing the sexist stereotypes used in the company’s games was enough to catch her boss’ attention.  But speculating on his sex life within his earshot has unexpected consequences when her hot, but nerdy, boss invites her to model for him.

The Professor’s Student…
Six weeks in Ireland on a Bronze Age archeological dig is exactly what Josie Cooper needs. She loves teaching, but fieldwork is where her heart is, and working with Professor Declan O’Shaughnessy is a dream come true…until she meets the man. Declan is brilliant, gorgeous, and unapologetically arrogant. By the end of the first week, Josie is ready to push him into the Atlantic.

Reviews in the Series:
London Bound by Jessica Jarman (Bound #1)