Today we are celebrating the upcoming release of Midnight Hunter by Kait Ballenger. To celebrate, Kait is sharing an exclusive excerpt with you all…

As soon as Grandma Grey rounded the corner, and they had both wished her good-night and sweet dreams, Shane started in on her again. “So what’s up? You’re not acting normal.”

Not acting normal? That was when her brain lost all ability to function just as her mouth opened like a floodgate. “Of course I’m not acting normal. Maybe I could act normal and think straight if you’d put some damn clothes on. It’s…it’s distracting.” Deep down, though, she hoped the white towel precariously perched on his hips would come off, rather than him putting something else on.

He set the brownie he’d been eating back down on the cooling rack with a frown. “Sorry, I wouldn’t have thought it would bother you, considering how little clothing you wear on a daily basis.”

Her jaw dropped. He did not just say that. “Excuse me? Are you calling me a slut?” Anger bubbled beneath her skin, mixing with her already-hot desire into a dangerous and explosive mash-up.

Shaking his head, he stepped a foot closer. His large lean frame towered over her. “No, I’m not, but I’m saying that you’d be surprised how hard it is to concentrate when you come waltzing into my classroom wearing one of your skirts that’s meant to fit a Barbie doll.” He reached out and tugged on the short hem of her plaid miniskirt. “So you of all people finding my bare skin distracting, after I’ve showered in my own home, is a bit laughable.”

The weight of his fist still pulled against her skirt. One good yank and the plaid mini-skirt would be around her ankles. 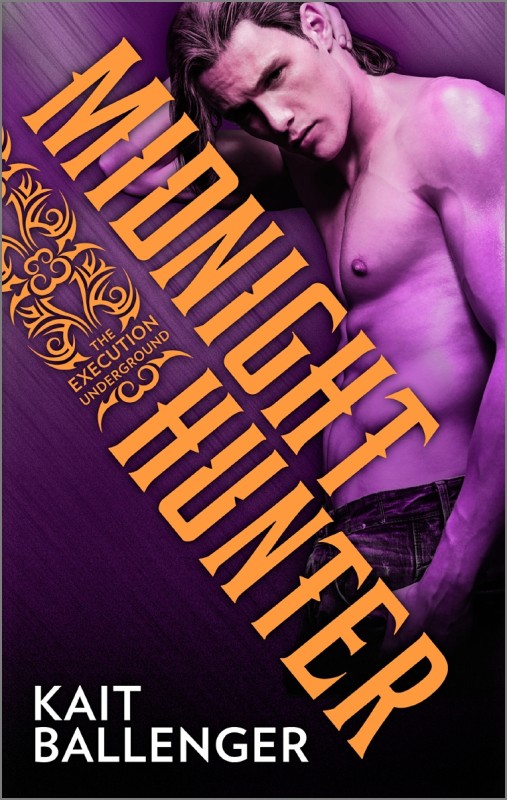 Occult specialist and witch hunter Dr. Shane Grey is called upon to investigate a string of crimes that bear all the hallmarks of black magic. But he can’t take on this daunting assignment for the Execution Underground alone. He’ll need the help of Vera Sanders, a witch with a dark past—and a woman who disturbs him as much as she intrigues him.

Vera is determined to ignore the dangerous chemistry between herself and Shane so she can prove her loyalty to his cause; otherwise she risks the wrath of the Execution Underground once again. If she can’t make Shane trust her, they won’t stand a chance in hell of defeating the evil that’s terrorizing their city. No easy task, considering old habits die hard…and Vera may be the very person responsible for luring Shane into a killer’s trap.

Kait Ballenger is a paranormal romance author, mother, wife, former professional bellydancer, and an adjunct English professor. She has a B.A in English from Stetson University and an M.F.A. in Creative Writing from Spalding University. She lives in Central Florida with her screenwriter husband and infant son, along with three fur babies named after fictional characters. Kait hopes that one day people will name their pets after her characters, too.