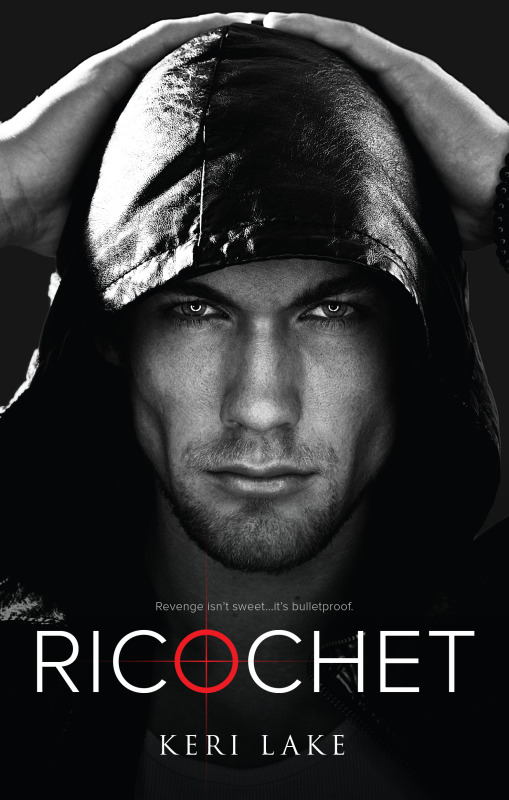 Ricochet eviscerated me. I felt drawn and quartered near the end. And then, Ms. Lake—with the precision of a surgeon—stitched all my pieces back together. This is not a title for the squeamish; the author put a warning in her blurb for a reason, folks. This book is NOT for everyone. It IS graphic, like the author states. But, if you really like great urban contemporary romantic suspense, this is DEFINITELY a book to put in your TBR.

So. The graphic violence. I live in Michigan. I hear about Detroit all the time. I drive through the city and hope I don’t take a wrong exit off the highway. I know there’s bad stuff that happens in the nooks and crannies where no one is looking. And, I know there’s people that turn a blind eye to all the illegal happenings.

Ricochet takes all those eventualities and lumps them together in an organized, non-chaotic manner. I connected to the setting because I’ve seen it. I work with kids every day that have lived there. I see the product of that environment. Ms. Lake brings to life the horrors of what some of us, raised in Hicksville or Suburbia, can only imagine. Yes, there’s graphic violence. But it’s not gratuitous or sensational. It’s planned and purposeful. Methodical. There’s a reason for every single act described. And, it *could* have been more graphic and it wouldn’t have bothered me, but that wouldn’t have fit the plot arc.

While each character introduced was planned and purposeful, Nick, one of our main characters, is an enigma. I was immediately drawn to him in that strange way I sometimes connect with characters that are so unlike me. I take that back. Nick *is* like me in several ways. He just acts on the impulses and dark thoughts I keep securely locked in my imagination. It’s almost like he’s been created as a living, breathing, one-man-show of all the things I know aren’t allowed. He actually reminded me of Wolverine a little. I had a hard time figuring him out, getting a handle on all that was going on with him. We learn early on that Nick’s wife and young son were killed by a gang, sent forth to ‘clean up’ part of Detroit. And, by ‘clean up’, I mean burn down the houses so the land can be sold for new development.

Which brings us to Michael Culling, mayor of Detroit. Can’t. Stand. The. Man. Several times, I wanted to vomit when I read about his atrocities. People like this exist—but that doesn’t make it any easier to read about them. Especially when the bulk of the description can easily be applied to people with which we’ve come into contact. Michael Culling is a masochist; a misogynistic ass who feels entitled to all. the. things. He’s a Dominant in completely the wrong way, which helped me hate him even more. He is, however, an excellent bad guy.

Aubree reminds me a lot of myself. A. Lot. Sometimes we find ourselves in crappy situations. Sometimes, we have to endure those situations for various reasons. However, there is *always* a way out. There is good that can come from escaping abusive situations, even if it’s a hard road to travel. Reading about Aubree made something click in my head. Any niggling self-doubt about my own situation vanished. Because Aubree is portrayed as a strong, independent woman who happens to be in a super crappy situation, I think Ms. Lake strips away the stereotype that women involved in abusive relationships are all weak. And that’s simply not the case. Aubree also has coping strategies for dealing with non-ideal situations. These are strategies *anyone* can use, and the fact we see this strong, independent character using them validates my feelings and impressions about Aubree. I absolutely adore her. She’s all the awesome, including the cherry-on-top. At climax of the story??? She’s my hero. Seriously.

If I had to sum up Ricochet, without spoilers, in a few lines, I think I’d use this quote from the title: “Goddamn hope. It spread through my body like a beam of sunlight at a Goth party.” Hope is definitely one of the main themes in this book. We all need hope and even in the most dire situations, the characters in Ricochet still have hope. Hope is a dangerous thing—one of the most coveted elements in Pandora’s Box. But, it is something we all need to have, even in our darkest hour. Hope is the beacon that can push us to achieve our potential, or to weather rough seas in order to see the beautiful sunset on the other side of the storm. Ricochet, I’d have to say, provides all those elements and more.

Excuse me, while my book coma commences.

WARNING: **Not recommended for readers under the age of 18 due to graphic violence, sex and strong language. Trigger warning for self harm**.

The only sure way to destroy a man is to take what he cannot live without. Three years ago, I had everything. A beautiful wife. A son. A reason for living. Until a ruthless task force, assembled under Mayor Michael Culling, with a brutal strategy to make the streets of Detroit ‘safe’, ripped away everything I loved in a deadly hunt called The Culling. They tried to kill me, too. I wish they had. Now I’m cursed by the memories of that night, and the words I whispered to my dying wife. A promise—to avenge the wrong and set it right. I’m no longer Nick Ryder. I’m a masked vigilante. Faceless. Loveless. Fearless. A man with nothing left to lose—one who’s seen the dark and violent truth behind the city’s flawless veneer. Michael Culling doesn’t know who I am. Or what I want. All he knows is that I’ve kidnapped his beautiful wife. An eye for an eye—isn’t that how the saying goes? And Aubree Culling is the perfect pawn to destroy him. If she doesn’t destroy me first.

One response to “Review: Ricochet by Keri Lake”