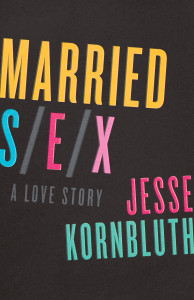 “You want to get divorced—why?”

It’s the first thing I ask new clients. Not out of curiosity, or to help me build their cases, but because . . . maybe they shouldn’t.

Most matrimonial lawyers, like most other professionals, choose their trade for the fees. Clients enter, on a conveyor belt, married; they leave, sheared of a few illusions, divorced. The trick is to make that happen in the greatest number of billable hours but with the fewest possible strokes.

Some matrimonial lawyers still have ideals. They’ll get you unhitched, but first they’ll test you to see if there’s still life in your marriage. Like first-stage marriage counselors.

I’m in that group. I listen to my clients’ stories, and when I hear descriptions of marriages that are retrievable, I encourage these women to try couples therapy. They wonder why. The husband doesn’t listen, he has disgusting habits, he pays no attention to the kids, how can anyone stay married to a man like this?

Yes, I say, he’s a slob, a jerk. But please notice there’s something you don’t complain about, and that’s sex.

If you’re still having sex, you can save the marriage.

If the sex has gone, it’s over.

A woman laments that her husband has become her “best friend,” and the euphemism tells me all I need to know. “Friend” is what’s left when the sex goes. So that’s a dead marriage.

A woman says she’s learned to schedule her husband’s desire for sex: “one night on, two nights off.” She doesn’t need to say more. For her, sex is an obligation that can’t be ignored but can be managed. And that’s a dead marriage.

A woman complains that her husband has a lover, but she doesn’t complain about the lover to him, or get interested in his interests, or buy hot lingerie. For her, it’s a relief that he strays. Another dead marriage.

Some women complain about their oversexed husbands. I never comment. Whatever their issue is, it’s an issue for a therapist. But I have to suppress a renegade impulse to share how many men have told me that the last time their wives went down on them was the night before their wedding—and to follow that up with a question: How long has it been since you had your husband in your mouth?

And another query, just as rude: Given that life is short and youth is fleeting, why have you stayed in a sexless marriage for so long that you’ve forgotten you’re entitled to pleasure? Because you have kids and your husband is a good father? That’s a lesson you want to pass on to those children? Really?

Sex is, at the very least, the reward we get for surviving the day; at the very most, it’s the life force. It’s intimate touch, souls connecting through flesh. It’s magic. Without a sex drive that seeks and finds fulfillment, you might as well be like a brain creature in an old sci-fi movie—a head unencumbered by a body.

What’s most infuriating is how persistent the belief is that great sex is rare, or difficult, or available only to those with secret knowledge. Bullshit. Great lovers may or may not have Olympian bodies and great technique. What they must have—all they must have—is interest. Just that. The willingness to pleasure another. A commitment to the beloved’s joy.

So I make no apologies for anything I do—for anything Blair and I do—to keep sex hot year after year. I can’t put it on a résumé, but on my list of achievements, somewhere below father to Ann and far above winning fair settlements for my clients, would be two decades of marriage with our sex lives in no danger of cooling.

That’s why getting together with Jean Coin didn’t make me worry that Blair and I were risking our marriage, or really, risking anything. Jean was an adventure. A new twist on an old recipe. Harmless fun. And nobody’s business but ours.

Copyright © 2015 by Jesse Kornbluth. This excerpt is published by arrangement with Open Road Integrated Media, Inc. All rights reserved. No part of this excerpt may be reproduced or reprinted without permission in writing from the publisher.