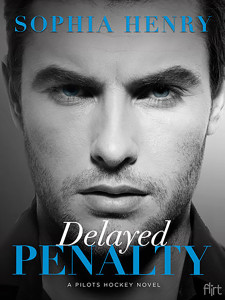 “I hope you don’t think you’re going to sit on your butt your whole break,” Grandpa said. He punctuated his sentence with a quick snap of his newspaper. He’d done it to lift a falling corner, but he may as well have cracked an invisible whip.

“Come on, Dedushka,” I said, stopping my arm midair and lifting my tired eyes from the milk dripping off the spoon to his customary stern face. “I just got home yesterday.”

“And you start your job today.” His steel blue eyes caught mine before returning to the paper.

“Funny. I don’t remember interviewing.” I smirked, then shoveled the spoonful of soggy cereal into my mouth.

“Oh, how I’ve missed your smart mouth, Auden,” he said without even looking up.

Though I would be home for less than a month, living with my grandparents again would be rough. After my first taste of freedom living in the dorms freshman year, going back to Hawk-eye Land will be a challenge.

All my life I had wished I’d had a sibling, but the yearning was never so prominent as when I came home from school. It had been fourteen years since my mom died. Fourteen years of being the only person my grandparents had to worry about. While I appreciated the motive behind their undivided attention, I’d always wanted someone who understood my rants about their constant hovering. Someone to talk with and share silly inside jokes. Since my well-being was my grandparents’ first priority, they were always on my case. It would’ve been nice to have a sibling to pick up some of the slack. I never wanted to sound ungrateful for what they’d done for me, but sometimes I needed a break.

“What kind of job is it?” I asked, keeping any smart-mouth comments to myself. Didn’t feel like ticking him off today.

“Translating.” Grandpa folded the newspaper into a rectangle and set it next to his Not only perfect, but Russian, too coffee mug.

My grandfather, Viktor Berezin, was a retired Russian language professor at a state university outside of Detroit. He’d taken on various translating jobs for friends and coworkers his whole life and had set me up with small projects since my junior year of high school. The work hadn’t been difficult; translating documents or contracts from Russian into English or vice versa. It was great money for a teenager, since it paid better than babysitting or a part-time retail job.

“For a person. He doesn’t know much English, and he needs a translator to speak with the media for his job. You will help him.”

“He speaks with the media for his job? Is he super-high profile?”

“In some circles, I suppose.” Grandpa shrugged.

“You trust me to be someone’s PR person? I have a pretty smart mouth, you know,” I joked, shoveling more cereal into my mouth.

“I’m counting on it, Audushka.”

“Is he an actor? A model?” I pushed my empty cereal bowl to the side. “Wait! Is he some kind of dignitary?”

“I think I’d handle the dignitary if he were one.” Grandpa took a sip of his coffee. “He’s a hockey player.”

“A hockey player,” I repeated. “For the Red Wings?”

Excitement bubbled in my stomach. I’d been a Detroit Red Wings fan since before I could speak. Being a translator for a Russian player on my favorite team in the history of the universe would complete my life.

“Not that high profile.” Grandpa laughed. “He plays for the Pilots.”

A minor-league player? The bubbles in my stomach fizzled and popped, and my tense, excited shoulders dropped.

“Where am I meeting him?”

“You will meet Zhenya at Robinson Arena at noon.”

Grandpa was talking about his lifelong friend, Evgeny Orlenko. Zhenya is the Russian term of endearment for the name Evgeny. Personally, I thought of Orlenko as an uncle, since he and Grandpa were as close as brothers. Professionally, he was a sports agent who represented a number of Russian hockey players. According to recent documents I’d translated, he’d peppered his clientele list with a few basketball players as well.

“Hey, Gram,” I greeted my grandmother, who had just walked into the tiny kitchen with the electric lighted mirror she swore by.

For someone who didn’t approve of her kids or grandkids being vain, Gram was pretty concerned with her looks. She never wore foundation or mascara, but her cheeks were always powdered and her lips were never without lipstick in public. Her fair skin was wrinkled with soft lines, but it didn’t take away from the beauty of her features. Her blue-gray eyes and high cheekbones were complimented by perpetually dark blond hair, thanks to the magic of hair dye. She would’ve been beautiful even if she’d let her hair go gray. I could only hope I got some of those graceful-aging genes.

“What time did you get home last night?” Gram asked, setting the mirror on the table and flipping it to the ultra-magnifying side before stooping to plug it in.

“Around one-thirty, I guess.”

“I can tell. You’re puffy.” She reached over to pat my cheek before turning to inspect her own face in the mirror.

Thanks, I thought. I didn’t dare say it out loud. My grandparents and I had a better relationship since I’d left for college than we ever had when I was growing up. Didn’t want to mess up a good thing. “Where are you off to?”

“It’s my week to clean the church,” Gram answered as she slicked a rose shade across her lips. Then she patted the skin under her eyes with her fingers and turned the mirror’s light off.

“Pat and Emma will be there, but thank you for asking.”

My breath of relief was almost audible. I hadn’t been back to church since I’d left my grandparents’ house two years ago. Just thinking about the place made me itchy.

I slid out of my seat, tapped my inseams together with a flourish, and straightened my arms at my sides.

“Are you going to tell me my client’s name or is this a super-secret mission, Sir?” I asked in a military monotone.

My grandpa shook his head, picked up the newspaper, and straightened it out. “Don’t know it. I just told Zhenya you’d be happy to do it.”

“Super secret. Got it. I won’t let you down, Sir.” I saluted him. Still staring straight ahead, I waited to be excused.

Grandpa lowered the paper. “Is there something else?”

“May I be excused? I have to shower and dress for the mission.”

“You are a ridiculous girl, Audushka.” He dismissed me with a shake of his head.

“Auden, you’re only home for a month. Please try not to drive your grandfather crazy,” my grandma said.

With a salute to both of them, I ignored her warning. I’d driven my grandpa crazy years ago.

I thought Grandpa would continue to reward my almost-native knowledge of reading, writing, and speaking Russian by giving me tedious translating projects my whole life. I never expected him to allow me to work directly with a client, let alone a client in the public eye. Maybe he had more faith in me than I realized.

One response to “Sunday Snippet: Delayed Penalty by Sophia Henry”