Today we have author Alexis Radcliff here celebrating her newest title, A Vanishing Glow (Mystech Arcanum series #1) and sharing a bit about writing steampunk. Please welcome Alexis to That’s What I’m Talking About!

Steampunk is exploding right now: From conventions to toys to graphic novels,  and even to major bestselling authors like Jim Butcher and Brandon Sanderson dabbling their toes in it, the world of shiny brass and steam-powered mechanics seems to be everywhere these days.

What is it that’s so appealing about the steampunk genre? Is it the Victorian aesthetic? The glass and leather fashion style that pairs shiny metal with black corsets? Or is it the retro-futuristic mish-mash of gaslight occult fantasy and Jules Vernian industrial-tech that shows up in works like Lady Mechanika and The League of Extraordinary Gentlemen?

Whatever it is, people love it, and it’s a total blast to write! Today I’m going to talk about some of the inspirations behind my own unique flavor of steampunk in my novel A Vanishing Glow, and maybe even inspire you to incorporate some steampunk elements in your own writing.

One of the cool things about steampunk is that you can do all kinds of neat things with it that walk the line between science fiction and fantasy. Because steampunk works often blend 19th-century technology with occult elements, you can bend the tech to do just about anything you like and still have your story fit into your choice of science fiction, alternate history, or fantasy.

If you’re looking for inspiration for some really fun mechanisms, you need look no further than the popular steampunk fiction already authored. Lighter than air ships that cruise through the sky and wrench-wielding engineers with goggles on their foreheads are good. Steam-powered mechanical limbs are a perennial favorite. But the key is that steampunk is (and has always been) a hybrid genre. Use the elements you find fascinating and ditch what you don’t like — personally, I feel the stylistic and architectural aesthetics of burnished brass, Victorian-era clothes, and cool and inventive technology are the most important hallmarks of the genre.

Another great place to look for ideas is the plethora of recent videogames that draw on steampunk elements in their design — both the Bioshock and the Dishonored series come to mind. In both cases you can enter the world and take an up-close, three-dimensional look at an environment steeped in the genre to help spark your imagination. Steal liberally and make it your own!

There are so many great characters than can exist in steampunk worlds, but the ones that really shine for me are the people who have to adjust to having mechanical parts of their bodies (like the constructs in my book) and the engineers who work on the tech. Who are these people? How do they feel about their lives?

These were the questions I wanted to answer when I set out to write characters like Nilya, a young engineer in the army who works hard to invent new technology and distract herself from a tortured past, or Virgil, the mechanical man with an entire body of brass and steel (except for his brain and heart).

The genre also lets you place these characters in settings and events that are closely tied to the rise of industrialism (as 18th and 19th century England was), which gives you the opportunity to explore questions and themes related to a rapidly rising new era of technology that upsets the existing social order. These themes closely mimic the world we live in today, with the advent of robotics, cybernetics, and the internet, which makes them fascinating and extremely relevant to modern culture.

I believe that the reflection of these themes in our modern world are a big part of why steampunk is so popular today, and will also contribute to the ongoing success of the genre in years to come. If you haven’t tried your hand at writing a steampunk setting, you definitely should. 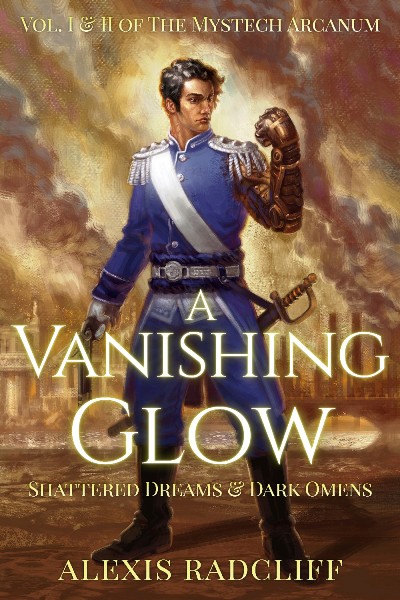 A Vanishing Glow is the exciting opening to The Mystech Arcanum series, a deep and thrilling blend of steampunk and flintlock fantasy with mature themes.

It is an Age of Revolution, an Age of Industrialism. Constructs, living men who are as much brass and steel as they are flesh, man the factories and wage the wars of a ruling elite who gorge themselves on the fruits of the common man’s labor. Mystech, a brilliant fusion of magic and machine, gives rise to a new class of privileged inventors and merchants even as the country festers with wounds from decades of internal strife.

Only one man holds the promise of a brighter future: Nole Ryon, the crown prince. When his childhood friend Jason Tern answers his call for aid, the two of them set out to fight for the change their country needs in order to survive, even as shadowy foes frustrate their efforts. But soon, Jason and Nole’s idealistic mission of hope becomes a furious manhunt for a political murderer as the nation balances on the precipice of a country-wide civil war. Can they cut through the threads of intrigue to discover their true enemy before everything is lost?

Buy it now on Amazon.com! 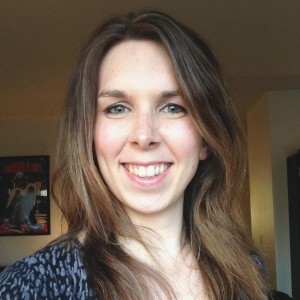 Alexis Radcliff is an author, gamer, unashamed geek, and history junkie who spent the better part of a decade working in tech before dedicating herself to her first love, literature.

Alexis lives and works in the Portland area with her adorable (if surly) cat and her equally adorable fiancé. When not writing, she spends her time reading, running, playing way too many videogames, and thinking too much about everything.