Today That’s What I’m Talking About is super excited to host a stop on the special blog tour celebrating the 4th Anniversary of Riptide Publishing. We’ve been working with Riptide for most of their 4 years and love reading their titles. Please help me welcome Rachel Haimowitz and Riptide Publishing…

Thank you for joining Riptide on our 4th Anniversary blog tour! We are excited to bring you new guest posts from our authors and behind the scenes insights from Riptide. The full tour schedule can be found at OUR WEBSITE. Don’t miss the limited time discounts and Free Books for a Year giveaway at the end of this post!

In bookish spaces, a powerful narrative has taken hold in the last year or so, helped along by LGBTQ rights battles and players like We Need Diverse Books: that diversity belongs in fiction. A message that sadly runs contrary to the vast majority of the titles ever published in the United States, particularly among mainstream houses. It was one of the reasons we started Riptide: too often, “LGBTQ fiction” really just meant “m/m,” and while m/m can be awesome and amazing and entertaining and sexy and important, it’s only one single shade of a vast rainbow.

As an asexual (and also a Jew—another minority identity almost never reflected in, say, “holiday stories”), I was keenly aware of the lack of full representation in LGBTQ fiction, and I also spent a lot of time wishing I’d been able to find asexual representation in the books I’d read in high school and college. Because I spent a lot of time thinking there was something wrong with me, that I was broken, that my wires were crossed in some strange and unfixable way and that I’d never be able to make a partner happy because they wanted things that the whole world told me in multiple ways every single day were normal—and that I did not want.

Representative fiction would’ve allowed me to see that I was normal. That I wasn’t broken. That how I felt and how I wanted (or didn’t want) was an actual orientation that had a name—and that I wasn’t alone. That I could be asexual and still be sexy. That I could be in a happy, fulfilled relationship whether my partner was ace or not. 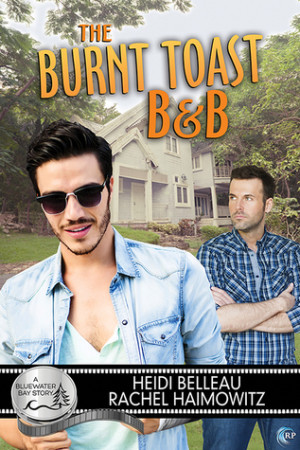 So fast-forward many years, and now I write LGBTQ fiction and also own a publishing company that makes a point of publishing as much diversity across the rainbow as possible. I still haven’t written an ace character (and honestly I have no idea why—some fear, perhaps, of screwing up something that important to me; although my current WIP stars an ace MC), but I’d wanted for some time to move outside the harmful “m/m = LGBTQ fiction” mindset. I’d written a number of bisexual characters, especially after learning how huge a problem bisexual erasure denial is, even within the queer community, but it was my partner in crime Heidi Belleau who kicked me out of my I-can-be-lazy-here comfort zone and asked me to write The Burnt Toast B&B with her: a story starring a trans man who is entirely comfortable with himself and his body, and who ends up with a partner who finds him incredibly sexy for exactly who he is and how he is.

I had a blast writing this book with Heidi. There were the usual fears, of course, plus some new ones: were we doing right by our transgender character, were we accurately representing a valid transgender experience (because of course there is no single trans experience, just as there’s no single queer experience), were we being sensitive to and aware of the particular challenges and struggles a transgender person might face. I think these concerns are very common for anyone setting out to do right by a character who is part of a marginalized identity that the author doesn’t share, and I see this used as an excuse for not writing more diversity a lot, but in the end, the answer here was simply “Do your research.” Which, of course, involves lots of talking to—and more importantly, listening to—members of the marginalized minority you’re representing. We asked trans folks about all kinds of things little and big, and found trans beta readers too.

Ultimately, we wrote a book were both very proud of, that sold well, that readers mostly seemed to love, and that critics loved too. But of all of those measures of success, none has stood out to me as much or meant to me as much as a letter we received from a reader about a month after Burnt Toast released. This reader was a trans man, and he wrote to thank us for writing Burnt Toast. He shared with us that his body looked very much like Ginsberg’s (our trans main character), and that he’d never thought of himself before as sexy or desirable until he read about how Ginsberg’s (cisgender) lover looked at Ginsberg: hungry and wanting and full of desire and so, so in love. This reader had found validation and self-worth between the covers of a book—such is the power of stories. I read that letter and cried. Heidi read that letter and cried. Nothing else mattered to us after that; the book could’ve never sold another copy and we wouldn’t have cared, because it’d done the single most important thing a story could ever do. 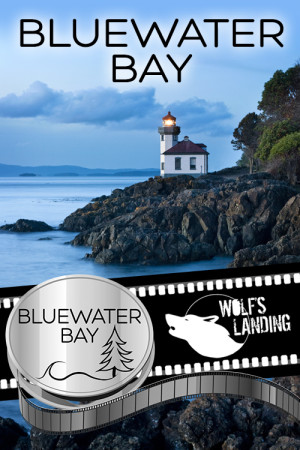 When she’s not writing about hot guys getting it on (or just plain getting it; her characters rarely escape a story unscathed), she loves to read, hike, camp, sing, perform in community theater, and glue captions to cats. She also has a particular fondness for her very needy dog, her even needier cat, and shouting at kids to get off her lawn.

The Burnt Toast B&B and the first five Bluewater Bay titles are being sold in a special discounted bundle by Riptide this week only. Check out the sale on this series and other bundles, including more from Bluewater Bay, at http://www.riptidepublishing.com/anniversary-sale

To celebrate our anniversary, Riptide Publishing is giving away free books for a year! Your first comment at each blog stop on the Anniversary Tour will count as an entry and give you a chance to win this great prize. Giveaway ends at midnight, October 31, 2015, and is not restricted to U.S. entries. This giveaway is sponsored by Riptide Publishing and is responsible for the giveaway prizes and contest rules.