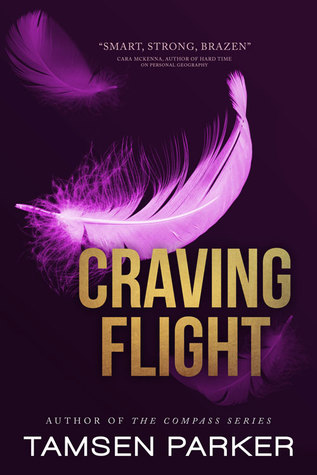 I *adore* stories about people that are different. Especially people that have a secret. A secret that’s taboo amongst the circles in which someone travels. *wrings hands gleefully* [This content redacted because it was spoilerific] When a college world religions professor, immersed in the Orthodox Jewish community as a life choice, decides to marry within her Church after a divorce, she already has a few strikes against her. Plot-wise. In the big picture. Not in my eyes, though. I thought Tzipporah was following her beliefs, and attempting to be true to herself within the defined rules of her religion. Being authentic is something we all struggle with every day. Okay, maybe not *all* of us, but most of us. What makes Tzipporah’s secret so damning is that it needs to be kept from her beau. At first, I was thinking, “This girl is going to get into a marriage and she’s going to be a closet sub. So NOT ending well.” Any organization—whether religion-based, socially based, or politically based—has rules of conduct. We don’t stand up at the random murder-mystery party and shout, “I’m a submissive, and I am proud!” Can you imagine the gossip? The dirty looks? The hostile stares because people wish they were you? Exactly. That’s why we don’t do it. I guess the thing that got me most about Tzipporah was her faith that she’d find a husband who would meet her needs. However, if we look at Tzipporah’s growth through the book, there’s TONS of positives.

I didn’t know what to think about Elan. Until the end. Ms. Parker kept me guessing about him. There were lots of things that drew me to Elan. He was like an really nice bottle of Polish vodka, opened for the first time and allowed to breathe—full of promise and potentially painful the next morning. He was an enigma; I couldn’t get a bead on him from Tzipporah’s point-of-view. I can’t imagine what kind of hell that put HER through. (Ignore the fact that I talk about these characters as though they’re living, breathing people).I can’t talk about Elan anymore without being spoilery. *zips lip*

I have only one complaint about Craving Flight: I feel like I was book-gypped. You know, when you’re reading along on your Kindle and you think you’ve got another thirty minutes immersed with your new friends in Romancelandia? Then, BAM! The. End. The excerpt at the back was from a book I’d already read by Ms. Parker. I may be slightly despondent.

In the end, I can safely say this is a title that will remain on my Kindle as a comfort read. One of those books you don’t mind reading over and over, just because you miss the characters and they ground you. Tzipporah’s growth and strength are one of the main reasons I emailed at least two people the moment I finished this title.

Tzipporah Berger is thirty-seven and single, which is practically unheard of in the Orthodox Jewish community she now calls home. Her increasing religiosity and need for kink may have broken up her first marriage, but she’s decided it’s time to try again. And the rabbi’s wife has just the man in mind.