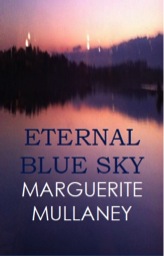 Ryder never lost consciousness. It is how she was certain she saw the explosion before she heard it. Blinding white light but no fire lit up the room. The bang that followed left her ears ringing. The pull backwards had begun even before she heard the blast. As she fell, her body was dragged feet first across the length of the lab. Certain flames would consume her, she covered her throbbing head with her hands half a heartbeat before she hit the floor.

She did not relax a muscle until her body came to rest. Ryder realized she was not burning alive and the building wasn’t crumbling down on her. Of course, that didn’t mean both those situations would not happen next. She determined it was best to get out of the lab as quickly as she could.

Ryder lowered her arms cautiously and managed to get them under her. She pushed her shoulders up from the floor. The middle of her back was pressed firmly down but her legs and feet were free. They were cold with a frigid wind blowing across their length. Knowing she was stuck but uncertain why, she began to look for the cause. She meant to give a brief scan of the area in front of her but the carnage left her gasping and unable to look away.

Bataar was on top of Bear. Both men were dumped in a heap at the bottom of the glass wall. Ryder was relieved to see the glass was still intact. Beyond the blinking emergency lights and dust, she thought she could make out the shapes of their three teammates on the floor in the control room.

“Ramsey.” Her voice was too weak to be heard over the din buzzing in her head. “Ramsey, were in hell are you!”

Bataar shifted as he struggled to consciousness. His body rolled to the side and off of Bear. He managed to get up on all fours with several grunts from the effort. He lifted his head as if to speak to Ryder but stopped with a distinctive paling of his features.

“What?” Ryder asked and the man pointed behind her.

Ryder swiveled her head as much as she could. Instead of another fifty feet of concrete lab being behind her, Ryder saw only wide-open steppes. Half the width of the room and about ten feet further onto the plain lay Elstermeyer.

Seeing she was stuck, Bataar raced to her side. He took hold of her by the biceps and started to drag her toward him.

Bataar looked around her trapped body but did not risk touching any part of her below her belt line. From the waist down, her body was on the steppes while her torso was in the lab. If her legs were trapped out on the steppes then Bataar was not about to get his hand stuck out there grabbing her ass.

“Try to get leverage with your feet. Dig in with the toe of your boots and push toward me,” Bataar instructed.

“Listen to me, push with your feet.”

Ryder did exactly as he told her to do. Her face went crimson with the effort but she didn’t budge an inch. Clumps of grass and dirt kicked skyward as Ryder struggled to move.

“Bear! Bear! Get over here and help me!” Bataar bellowed with a rising terror.

Ryder chanced a glance over her shoulder. A single rider was racing for them from across the steppes. As she watched, one became three and three became five and five became seven and seven became nine.

“Take an arm and pull, damn it!” Bataar ordered.

“Bataar, hurry, please, hurry, get me back!” Ryder wrapped her fingers around her friend’s thickly corded arm. “Hurry!”

Their noise was enough to get Ramsey moving. He found his feet and pulled himself out of a pile of debris where he had been thrown. He scanned the room trying to get his bearings. The door back into the control room was sealed off. A panel of thick safety glass shifted into place in front of the doorway.

“Now we know Elstermeyer thought about the basics of safety,” he muttered with grim appreciation.

Ramsey turned back to the vista directly in front of the still functioning RE microtelescopes. He staggered slightly, trying to take it all in as he moved closer to Bataar. When he saw Ryder’s predicament, he dropped to his knees.

Bataar commanded without stopping his effort to free Ryder, “Get the others. We need more help. We can’t pull her back.”

Ramsey hurried to the glass wall. He pounded with both fists to get their teammates moving. One by one, they dragged themselves close to the wall and watched in muted horror. Ramsey looked over his shoulder when Bataar started to scream.

The horsemen had arrived. Two were already dismounted. One was approaching Elstermeyer. Another was intent on investigating Ryder’s legs.

“Bataar,” Ryder cried as she watched helplessly between her friend and the warrior inspecting her boots from arm’s length. “Please don’t leave me.”

“Never, my anda, I’ll never leave you,” he swore as he let go of her bicep and took her hand in his own.

Like a drowning woman, Ryder tore her arm free from Bear and clutched Bataar’s hand holding her other hand. Her lips were moving but the voice was impossibly soft with her fear. Ramsey caught the cadence of the sounds but not the actual words. He recognized the prayer from his childhood but could not for the life of him remember how it ended.

“No, it doesn’t end like that,” Ramsey grumbled, watching the cause for alarm unfold.

Bear shouted and fell backward with the sudden movement of the warrior. The man stooped over, taking hold of Ryder’s hips. Her prayers grew louder but not any clearer. With a swift tug, the warrior lifted Ryder into his reality and out of Bataar’s hands.

Bataar was ready to pitch himself forward after Ryder but Ramsey and Bear grabbed him first.

“Let me go!” He growled like a wounded animal.

Ramsey took an elbow to the gut but held on. “NO! Stop! All you’ll do is get trapped too. Let’s see what happens. We can wait for a chance to help her. Hell, they might even know what’s going on here.”

“I don’t think so,” Bear mumbled as he released Bataar and scrambled back across the room and up against the glass.

“Fuck!” Ramsey buried his face in his hands when he saw the scene unfolding on the other side of his reality.