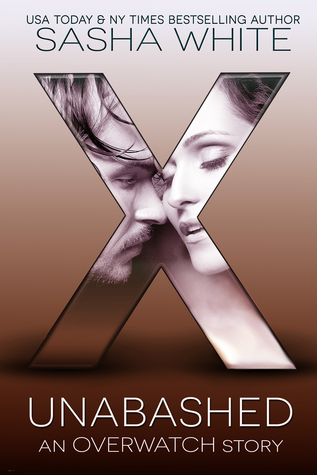 Note about the series order: After completing Unabashed, the author realized that it is actually the second story in the series, although it was written and released third. It is the continuing story of Ronnie and Ian, which started in the first book, Unfettered. Additionally, this story was originally released as a short novella in the Every Which Way anthology. It has been reworked and lengthened for this release.

We originally met mechanic Ronnie and computer geek Ian in the first Overwatch story, Unfettered. The pair grew up together, but never explored the potential sparks that hung in the air when they were younger. Now, Ronnie seeks acceptance as a submissive, and finds her dream Dom in Ian. Unabashed picks up immediately after the conclusion of Unfettered, as the pair begin a new romance and venture further into the D/s aspect of their relationship.

Although Unabashed was previously released, this version has been greatly expanded, giving much more thought and energy into developing their relationship and additionally adding in their first public scene at Overwatch. The original short was more like a slice of life, whereas this version is a more complete story with stronger relationship development.

All in all, Unabashed is a delightful romance with emphasis on developing a relationship through trust and sex. The BDSM elements are used to further the trust and growth between the pair. The book continues the ongoing love story of Ian and Ronnie, making great strides towards an HEA and true love. But their romance truly begins with Unfettered; therefore, I strongly urge readers to start at the beginning in order to fully appreciate their journey. Seeing Ronnie and Ian grow as a couple is the foundation of Unabashed, and it will not be nearly enjoyable without seeing their start.

The Overwatch series explores the passion that ignites when lovers trust one another with their innermost desires. Ms. White writes sexy stories that are both exciting and entertaining; following couples from sensual play to their happily-ever-afters. I look forward to reading more from this series, discovering each member’s secrets and desires while finding true love.

She’s finally found a man who sees her for the woman she is, and she’s not holding back.

Mechanic Veronica “Ronnie” Mack joined the Overwatch club because she’d given up on finding love, and decided to settle for sexual satisfaction. Then Ian, her childhood crush, walked back into her life as one of the club’s Trainers, and proved that their connection was as strong as ever.

Computer guru Ian Johnson’s work kept him busy, with little time for a social life, which is just the way he liked it. Then Ronnie Mack strode into the club, and straight back into his heart. He couldn’t deny the need to make her his own, and now he’s learning that training a sub he’s in love with is a whole new adventure.