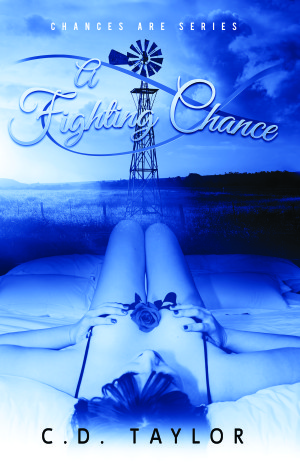 My stomach began to churn and my heart rate went from a soft flutter to a knocking blow against my chest. I felt truly alone at that moment, secluded from the outside world and trapped in a place that felt as if it could burn me alive just by breathing the air that surrounded me. I’d reassured myself that I’d put the past where it should be, and it was dead and buried. But suddenly I knew better. The past was sneaking up on me again like a sunrise over the horizon. I was helpless.

I’d never been as panicky in my entire life as I was during the moment I pushed the door forward and peered into the grubby interior of my youthful dwelling. A musty odor permeated the air along with a hint of cigarette smoke. Even though my mom had been gone for a while, you could still smell the evidence of her chain smoking addiction. The light slipped through the filthy uncovered windows, highlighting dust motes floating through the air. It all reminded me of a grisly suspense thriller where I was in the starring role waiting for someone to jump out and terrorize me. I didn’t want to be there, I wanted to dislodge myself from the nightmare, and run away. I had that choice, but I couldn’t do it, I had to take care of things, and face the fear head on. I wouldn’t chicken out.

I squared my shoulders and stepped completely through the door. My palms were sweaty, and my head pounded to the beat of a thousand drummers in a college marching band.

I wandered through the hallway and into the kitchen where my mother, father, and I would have family dinners, and pretend to be the happy, loving family that we portrayed to the outside world. The oak table was still there, sporting a ragged tablecloth that my mother had made when I was a teenager. She always tried to instill domestic abilities in me, but I was too preoccupied with other things to pay attention. My father wouldn’t let her work outside of the home, so she spent her time cooking, cleaning and trying to be Miss Suzie Homemaker. She would wait on him hand and foot, and still he’d always have something to complain about— nothing seemed to please him.

It wasn’t until my late teenage years that I figured out what was really going on in this house. We’d have visitors quite frequently and at first that didn’t send up any red flags. I was happy to have company. But I started to notice that they only came so far as the front porch—they never came in. My dad would meet them out there and soon return inside with wads of money in his hands. Being the naive teen I was, I’d thought maybe he was selling something he wanted to get rid of. But I soon discovered differently.