I can’t really tell you that I’m looking forward to Christmas. Normally, I love the holidays, but this year…not so much. It’ll be my first Christmas without my best friend, Rachael. She’d been gone for six months, but I still expected to see her or hear her laugh. Just like I still expected that nearly every text I got was from her. And even though I know it’s stupid, I bought her a present. It’s wrapped in pink foil paper with blue snowflake, and it’ll probably sit on the top shelf of my closet forever, but the thought of not finding the perfect gift for her makes her death seem that more more permanent. With everything else going on, I can’t handle that, too. My current reality is already far more than I could take.

My little sister, Lucy, still believes in Santa Claus. My brother Sam is a little older than Lucy, and I don’t think he really believes, but he’s not quite ready to admit it. I wish Santa’s existence was the biggest thing I needed to worry about, but instead, I needed to figure out how to protect my family from the soul-sucking homicidal faeries that lurk in the forests surrounding our small town.

Not only are there faeries luring people to their deaths, Trillium, the Queen of the Sidhe, wants me and my boyfriend, Jonah dead. With the help of the queen’s daughter, I’d managed to keep Trillium from harvesting Rachael’s soul, and now the queen’s demanding a replacement – mine. And while she’s at it, she’s insisting on my boyfriend, Jonah’s, too.

Oh, and Trillium—Mother of the Year? Yeah, she’s planning on sacrificing her only daughter as punishment for helping me free Rachael’s soul. So, somehow, some way, we have to save the princess.

So, this holiday season will involve, saving one faery princess from her crazyass mother, protecting my family from the Court of the Sidhe, finding the perfect gift for my boyfriend, and baking cookies with my siblings, oh, and not dying. I know, I have bigger things to worry about than cookies, but on the chance I don’t surviving rescuing the queen’s daughter, I want my brother and sister to have some good memories to hang on to.

PS: Carry iron, and watch out for faeries. They’re the literal worst.

PPS: Just in case you want to make some good holiday memories, too, here’s our favorite cookie recipe.

Cream together butter/margarine and sugar.
Add beaten egg. Mix well.
Add vanilla and baking powder. Mix well.
Add one cup of flour at a time, mixing between cups.
Divide dough in half, place one half on floured surface, and roll until dough is about ¼ of an inch thick.
Using floured cookie cutters, cut out shapes and place on ungreased cookie sheets.
Repeat process with remaining dough and bake at 375 degrees for 8-10 minutes.
Let cool, and frost with icing of your choice.
Yields 24+ 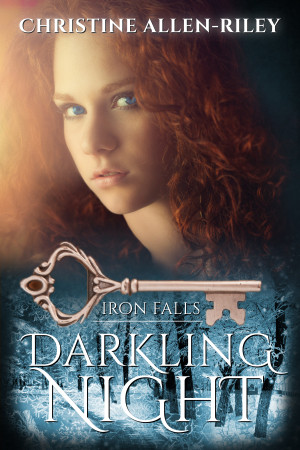 Though Devon Greer managed to prevent her best friend’s destruction at the hands of the faeries who’d stolen her, she was forced to leave behind one of her only allies as a prisoner. Devon is determined to rescue the mysterious girl who’d risked her life to help—who risked the wrath of her mother, the Queen of the Sidhe. Freeing the princess just got a whole lot harder because the queen wants Devon and her boyfriend, Jonah, dead.

With the faeries able to take any guise they choose, it’s almost impossible to know who to trust and who’s looking to kill her. The queen will stop at nothing to get to Devon, including endangering the lives of the people she loves. Somehow, she has to find a way to save the queen’s daughter without losing everything and everyone in the process.