A Note From Clara

Now, me? I don’t do holidays. Haven’t since my parents died. That sounds pretty sad and pathetic, doesn’t it? But it’s really not. I’m not sitting around crying into my cocoa come Christmas or anything. No, I’m usually at a fabulous resort, sipping a fruity drink poolside, and I have no problems with that. I make sure to call the family I have left—my cousins, aunts and uncles in Ireland—and always send my gifts so they have them Christmas morning. And that has been enough for me.

But the coming Christmas, I don’t have a choice. I’ll be doing holidays with the family. My cousin, Maire, is having a baby, and I’ve promised to take some time off and be there for the birth and, since she’s due in November, for the baby’s first Christmas. How do you say no to a pregnant woman, especially when you love her more than life and she turns on the tears? You can’t. Or at least I can’t.

While I’m sort of excited—reconnecting with Maire alone makes any promise worth it—knowing what’s coming is making me think back to Christmases with Mum and Dad. Even though it had just been the three of us, there’d been so much laughter and love. Messing around in the kitchen, helping Mum make plum pudding. I could still hear her tinkling laugh that always came when I asked, every single year, why it was called plum pudding when not a single plum was in the thing. I could see Dad’s grinning face as he lit the brandy and poured it over the pudding.

I wonder if Maire’s mum uses the same recipe, or if they even have the same tradition of making it every Christmas. If they don’t, maybe I’ll make it for everyone. I’m kind of craving it now, even if I’m likely to sniffle my way through the making.

While I don’t do holidays, anymore, and am very, very happy with the life I have and all the places it takes me, I’m looking forward to being “home for the holidays”. After all, my life will be waiting for me, and one Christmas away from it isn’t going to change anything.

Put the sugar, the orange and lemon zest, and all the dried fruit, candied cherries, and candied peel in a large bowl and pour the bottle of Guinness over everything, stirring to combine. Cover the bowl with a plate and leave it to sit overnight at room temperature.

The next day, in another large bowl, combine the bread crumbs and flour with all the spices. Add the butter and either cut it in with a pastry cutter or rub it in with your fingers.

Stir the eggs, grated apple, and almonds into the fruit and Guinness, then pour the wet ingredients into the dry ingredients and stir to combine.

Grease a large pudding bowl (or heatproof bowl) with butter. Pour in the pudding mixture and cover the top with parchment paper and foil, making a pleat in the middle for expansion and pressing it down tightly around the rim.

Put the heatproof bowl in the bottom of a large stockpot and pour in water to come a little more than halfway up the sides of the bowl. Put it on the stove, bring the water to a boil over medium heat, and simmer gently for three hours, topping up the water from time to time.

After three hours, let the pudding cool in the water and then lift it out.

Take off the wrapping and, if you like, poke a few holes in the top with a skewer and drizzle a few tablespoons of brandy over the pudding. Cover it up with fresh baking paper and foil and refrigerate

When ready to serve, reboil the pudding as above for one hour, to heat it through. Turn the pudding out, rounded side up, onto a serving platter. Heat a little brandy briefly in a small saucepan then set it alight with a match, pour the burning liquid over the pudding, and carry it, flaming, to the table. Once the liquor has burned off, slice up the warm pudding and top each piece with a dollop of cold, lightly sweetened whipped cream. 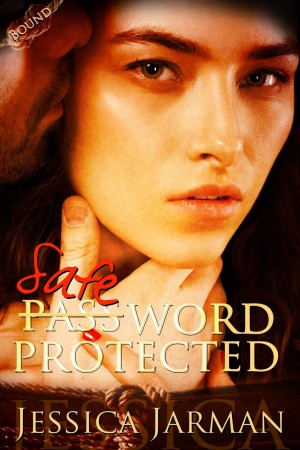 Clara Turner loves her life—her career as a travel writer takes her to places most people only dream of. But with the birth of her cousin’s first child quickly approaching, Clara happily trades her fast-paced adventures for the quiet Irish village to be there for the new arrival.

When Clara’s laptop acts up, her cousin decides to do Clara a favor and takes it to Niall Walsh, the village’s unofficial tech support. Clara panics at the thought of Niall—sexy, sets-her-lady-bits-tingling-from-afar Niall—discovering her secret stash of filthy kinkery living on her hard drive.

Niall lived the big-city life for years and dated the glamorous woman that came along with it before coming back home. He’s heard about Clara for ages, but nothing prepares him for the instant attraction he feels when he first sees her. He ignores it though—knowing she’s only there for a short time.

Besides, she’s the type of woman who fit in his past, not his present. He doesn’t have anything to offer that she’d want. At least, that’s what he’d thought…before he delved into her computer and discovered exactly what Clara likes. As he learns more about her, Niall realizes he can offer her something no one else can—the chance to explore her deepest desires instead of just watching on a screen.

It should be easy—a hot fling before Clara’s job takes front and center again–but when the time comes, will either of them be able to slip free from the bonds that now connect them?

Connect with the Author:

Jessica is generously giving away a $15 [US] Amazon Gift Card to one (1) lucky commenter. To enter, please fill out the Rafflecopter form AND leave a comment telling us one of your favorite recipes/foods/treats. The giveaway is open during the time specified on the Rafflecopter form. Winner(s) chosen at random from all eligible entries. This contest is open to internationally, where not prohibited by law, subject to Amazon’s restrictions. Open to participants, 18 years or older, who are legally allowed to participate in such a contest as allowed by their local laws. All federal, state, local, and municipal laws and regulations apply. Void where prohibited. No purchase necessary. By participating in the contest, participants agree to be bound by the decisions of the contest sponsor. Prize will be delivered by the author. This blog, its reviewers, and the owner are not responsible for items lost in the mail. By entering this giveaway, participants agree to abide by these terms.