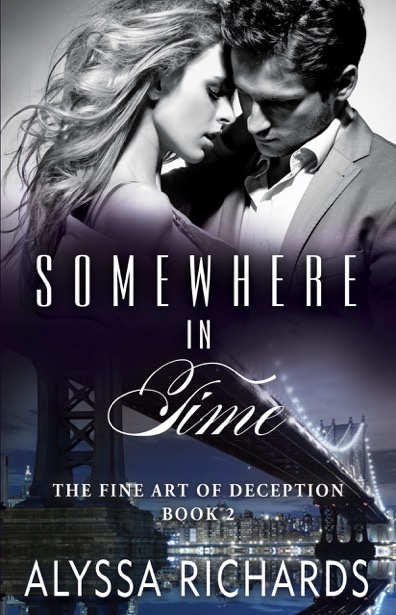 “Just drive around the block and try again,” Blake noted the clipped edge on his words. His eyes narrowed when he searched the back and side windows, for threats. He’d waited a near lifetime to put this man in prison for making his life a living hell. After today he and Addie would be free to live the lives of their choosing. It couldn’t come soon enough. What he wanted now was the shortest distance possible between him and the courthouse. Uncharacteristically, he was not in the mood for risks.

Thomas stopped the black town car one half block from the courthouse. “There’s too much traffic. I don’t think I’ll get any closer,” he said. “I can drive around again if you want.”

U.S. Marshal Roxy Dalton held her phone to her ear. Her shoulder-length, blond ringlets were a mismatch to her job. “No, we’ll get out here.” Her light blue eyes combed the fairly sparse crowd and hunted for anything unusual. “I’ll walk you in,” she said to Blake.

Blake eyed the gun at her waist when she wrestled her jacket over her shoulders. Then he texted William: on my way “in. He stepped out of the car then leaned in to speak to Thomas. “I’ll text you when we’re finished. Don’t go far. I don’t want to leave Addie alone for too long.”

“I’ll just park on the street,” Thomas said. “I saw a couple of spots a block or two back.”

Blake looked north of the courthouse and saw two parking spaces ahead. He turned to tell Thomas but he had driven off.

“Straight to the front door,” Roxy said and placed a hand on Blake’s back.

Blake buttoned his long, black wool coat, then stuck his fists into his pockets and braced against the New York winter. He knew it was as much hate as it was the need to protect his family and loved ones that had driven him to this moment. And he was okay with that price, as long as Otto ended up in jail. All they had to do was get inside and let justice take its course.

Blake noticed everyone who passed by them, including the two men who quietly exited their car and caught up to him and Roxy. They appeared to be lawyers or businessmen.

Except that the man with blond curls that peeked out from the edges of his black hat changed directions too quickly. He pushed close to Roxy and jabbed a small needle into the back of her neck. He held it there, camouflaged by his hand. To passersby, he resembled someone who had wrapped his arm around an old friend. Barring Roxy’s wide-eyed look of horror.

The darker-haired man with a triangle protuberance of beard beneath his bottom lip sidled up to Blake. His smile of perfectly aligned, too-white teeth, belied the gun he jabbed between Blake’s ribs. This wasn’t the first time Blake had felt the barrel of a gun in his side and he slowed his gait. Roxy struggled to get to her gun, but the man’s grip was tight and she couldn’t reach it.

“Right now you can survive the dose I’ve given you,” the blond man said with a grin. “Make my job difficult, I’ll give you the rest and you’ll be dead in about three minutes.”

“No, please!” Roxy slurred her words. “Tell me what you want. I have connections… I could help you.”

“I’m not interested in your help.” The dark-haired man guided Blake to the alleyway next to the courthouse. The gun pressed harder into Blake’s ribs and panic swept through him, along with thoughts of Addie and her safety.

Nothing can happen to her.

The alley was empty this time of year. In warmer weather courthouse employees traipsed up and down the narrow pathway as a shortcut to lunch spots. In the icy winter of New York no one was making any unnecessary trips on foot. And no one would see what was about to happen to them.

Alyssa Richards is a mystery/thriller author who lives in the South with her husband and two children. She recently published her second supernatural thriller called Somewhere in Time and is currently working on a gothic contemporary love story as well as the third book in The Fine Art of Deception Series.  Alyssa’s writing is influenced by her curiosity with ghosts and the supernatural world.  Alyssa enjoys travel, nurturing her herb and rose garden and holds the world record for taking two dogs from homeless to pampered.